Himachal Government has announced 15th November as the closing date for Rohtang Pass, beyond which only emergency vehicles would be allowed to cross Rohtang Jot and HRTC buses currently plying between Kullu and Keylong would stop running.

This date has been set after BRO (Border Road Organization) told government, that they will not be in a position to keep the pass safe for vehicles, beyond 15th November, due to expected heavy snowfall in the region. 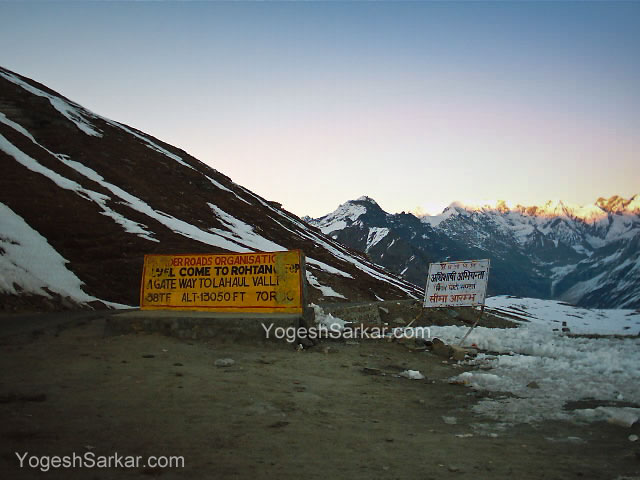 With the Rohtang Jot closed, Ladakh would only be accessible by air or Srinagar route, which too is expected to close later in the month, though exact closing dates will depend on the weather.

Rohtang Jot would likely reopen in April 2014, while Manali – Leh Highway should reopen for vehicular traffic by middle or end of May, 2014. Till then, road trip enthusiasts will have keep themselves content with exploring other parts of India.