While coming back from Pushkar, we took a detour into Jaipur, in order to have our brunch at Rawat Misthan Bhandar, a place about which we had heard so much about over the years. 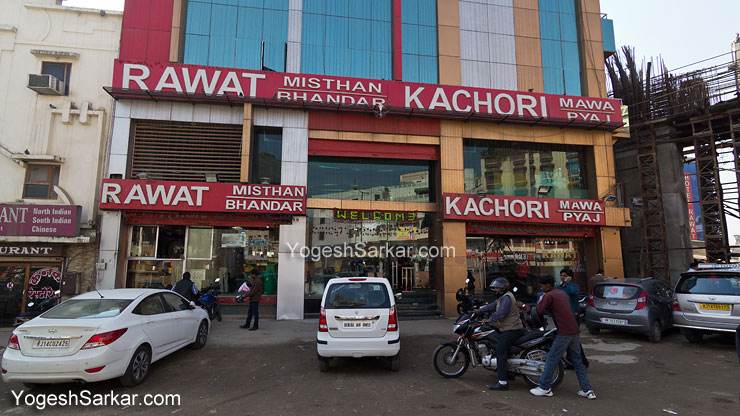 Since we were a little early, their restaurant hadn’t yet open; however their self-service fast food joint was operational. And thankfully, it too sold Dal, Baati and Churma, which is what I wanted to try. 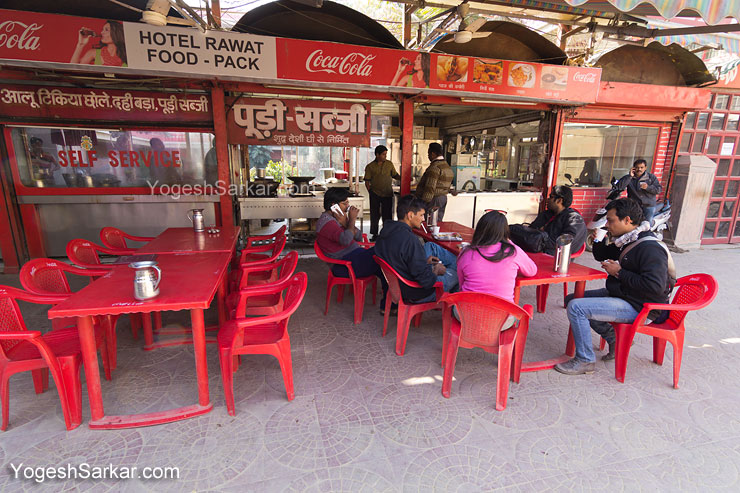 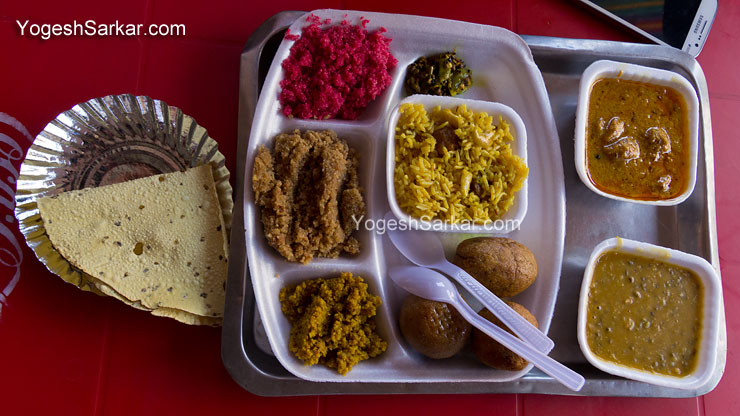 While everything looked and smelled delicious, it was the mawa and masala baati along with plain and besan churma, which won my heart. Although normal baati was good as well, gulab (rose) flavored churma was too sweet for my taste. Rice too were decent and so was gatte ki sabzi (kadi wasn’t available), however it was the spicy dal that was really delicious and was something I ate more than gatte ki sabzi.

Once done with the lovely meal, it was time to get something packed for my family as well. So I decided to buy Rawat’s famous payaaz ki kachori (Rs. 25 per kachori), along with normal churma (Rs. 300/kg) for my family and they too loved every bit of it!

At the end of the day, Rawat Misthan Bhandar and Restaurant was well worth a detour into Jaipur city and I guess it would be something I would likely end up doing, in my future trips to Rajasthan as well.