I visited Pushkar Camel Fair for the fifth time this year and it was my fourth visit with photography as the primary motive. This year I carried maximum amount of gear till date and did mostly street photography. And while things didn’t exactly go as planned, I did manage to learn some invaluable lessons about photography.

Here are 5 photography lessons I learned at Pushkar Camel Fair:

Early morning shoots are extremely rewarding: While I am a big fan of early morning photography, until this year, I had never managed to do that in Pushkar, because I would get extremely tired from walking around on the previous day and would be in no mood to wake up early. Thanks to lifestyle changes I have made in past few months, I now have the habit of waking up at 5 in the morning and managed to do that in Pushkar as well. Waking up early really paid dividend this time around, as I managed to capture this image of a devotee lighting a diya at one of the ghats. Had this been shot after sunrise, I would have never managed to get that warm glow on her face from diya and image wouldn’t have been as impressive as it is right now. 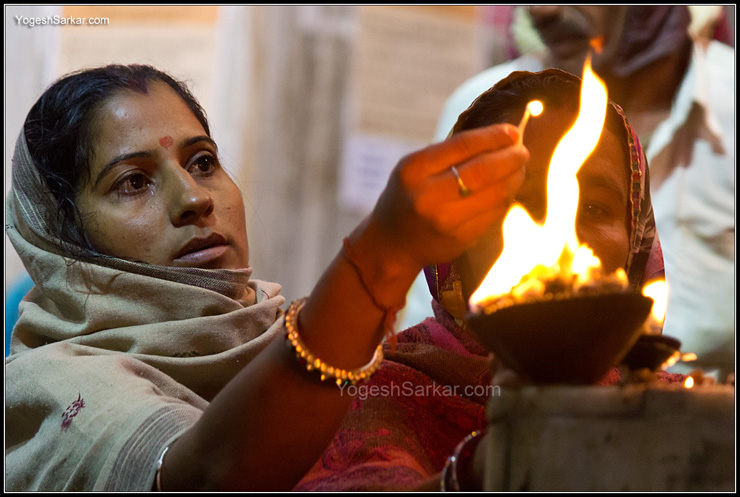 Focus on eyes: Just like portrait photography, in street photography it is extremely important to keep the focus on the eyes and use them to convey emotions and to tell the story behind the image. While it is easier said than done, once you start paying attention to this aspect of street photography, you are certain to come back with much stronger images than earlier. 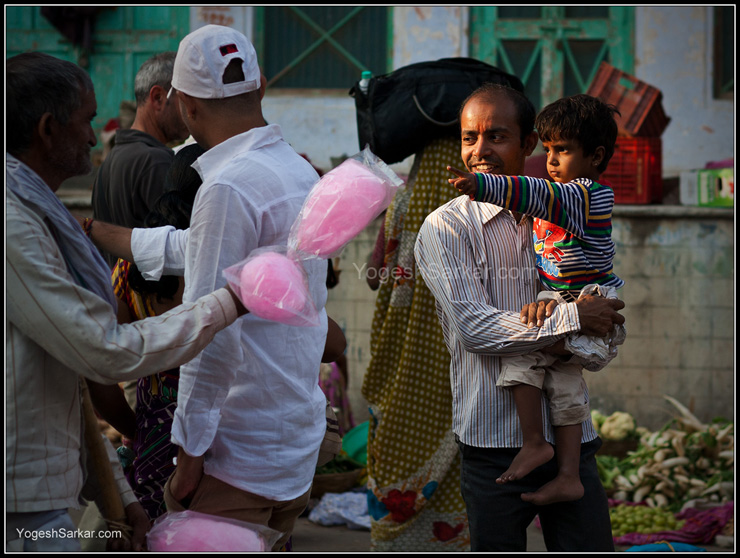 Stick around after sunset: After sunset, majority of the people either go back to their hotel or head towards things like Ferris wheel, in order to capture the motion. However if you stick around for a while and try and mix long exposures with off camera flash, you can end up with images, which not only have properly exposed foreground, but also dramatic colors in the background. Like this image I managed to captured on the first night (glow behind one of the people in photograph is from a street lamp in the distance). 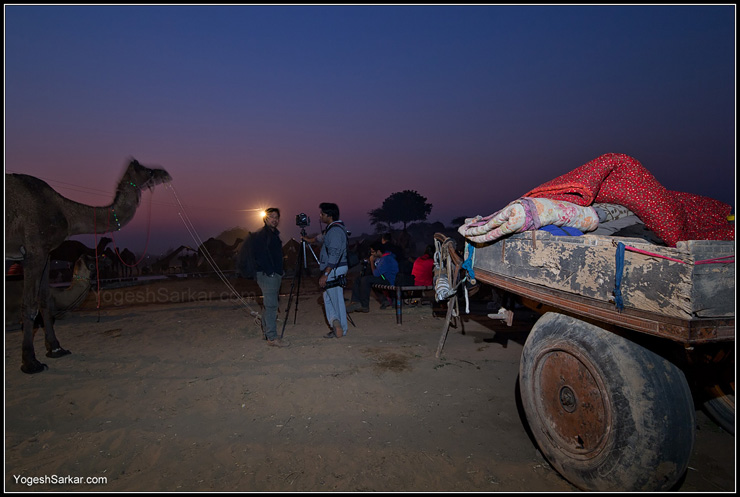 Look for directional light: Street photography becomes hugely rewarding when you are playing with directional light, which helps add more depth and character to your images. Usually for couple hours after sunrise and an hour or so before sunset, you get such beautiful light.

Gear matters: While there are plenty of people out there (both amateurs and pros) who will tell you that gear does not matters and you can work around limitation of your gear. Fact of the matter is, good quality lenses and bodies come in handy when shooting in situations where you cannot control lighting conditions and do not have the luxury of taking long exposures. 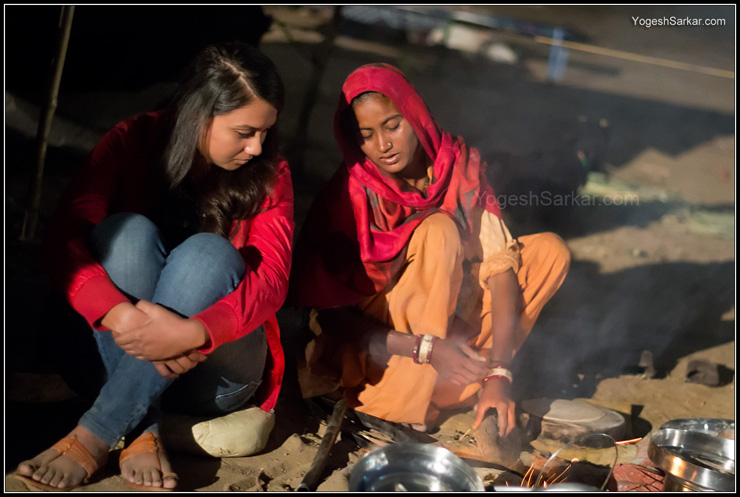 One point that I did not mention earlier but is just as important is the right company. Fortunately I was traveling with people who are just as passionate about photography as me, hence they had no issue waking up early or shooting late into the evening. Had the group dynamics been different, I am sure photography wouldn’t have been as exciting as it was, this time around.

Hopefully these photography tips will prove as useful for you, as they did for me and in case you have any tips or anecdotes to share with me, please leave a comment below, as I would love to hear them :).