After the superb performance of Yi Folk Dance, it was time for Tibetan Folk Dance, named Lingering String Music and Singing. This performance featured a musician playing string instrument and a group of female performers, dancing to his tunes. 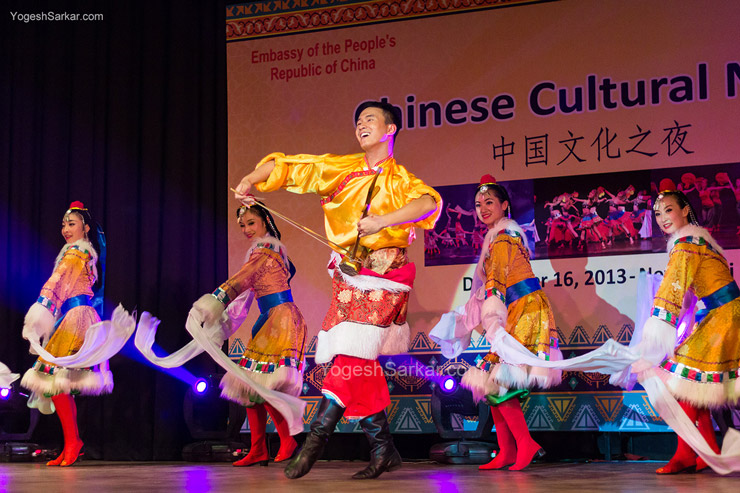 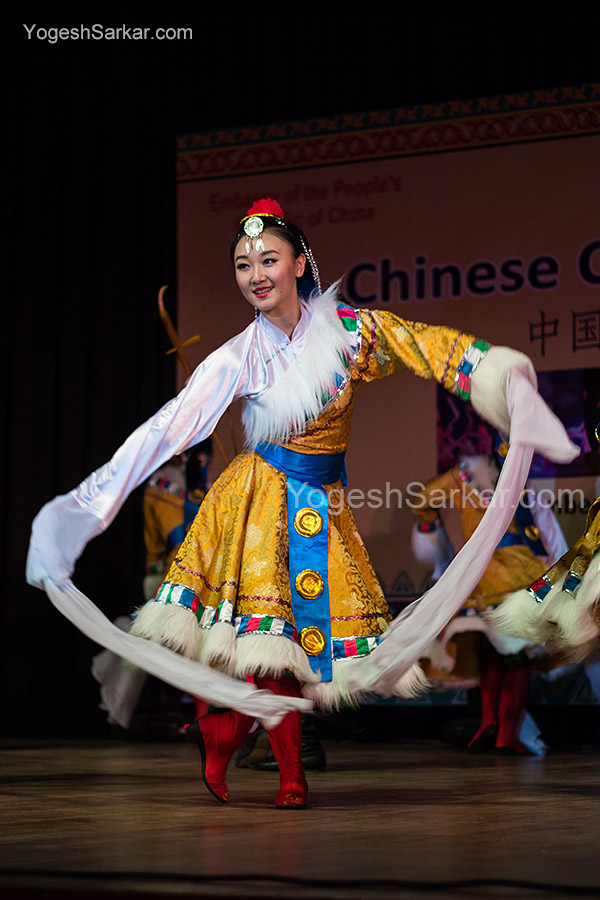 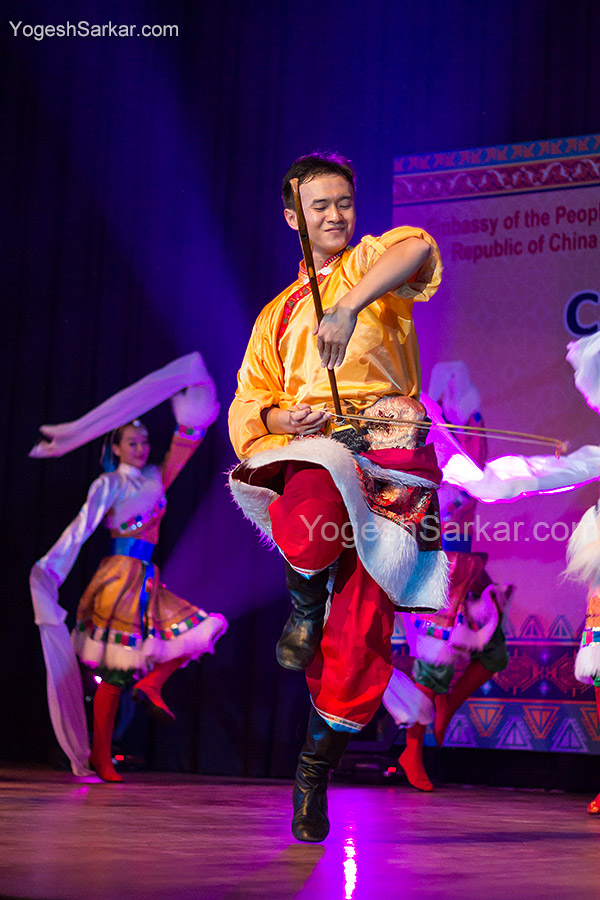 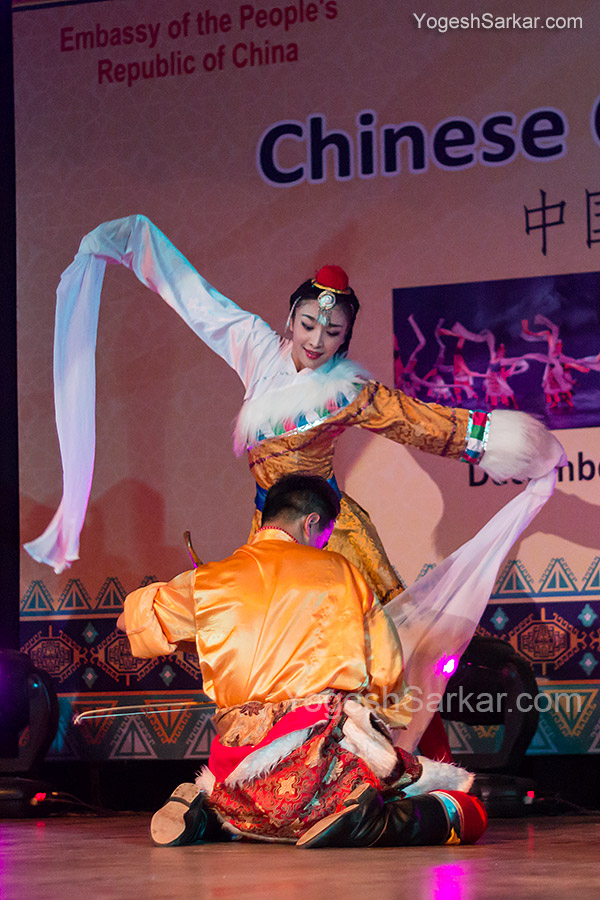 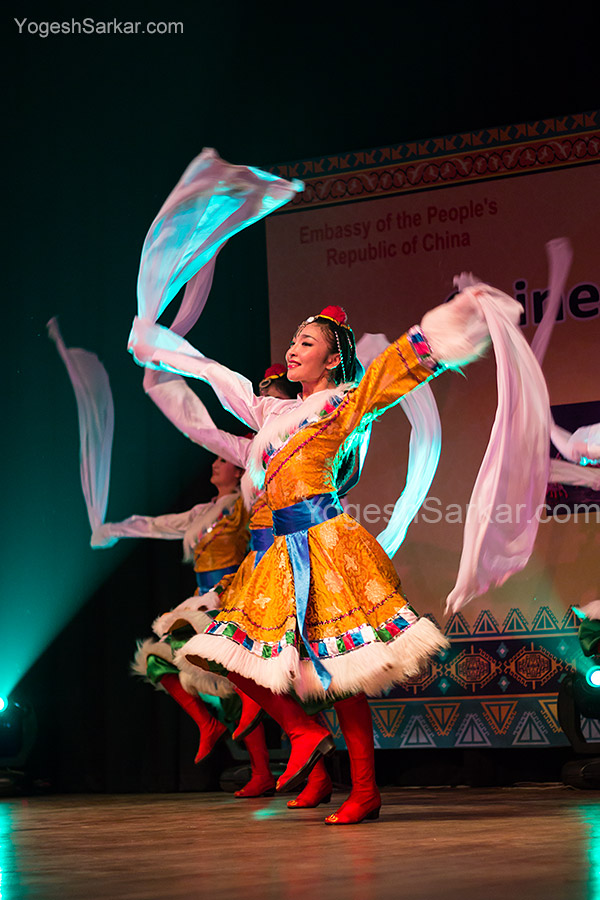 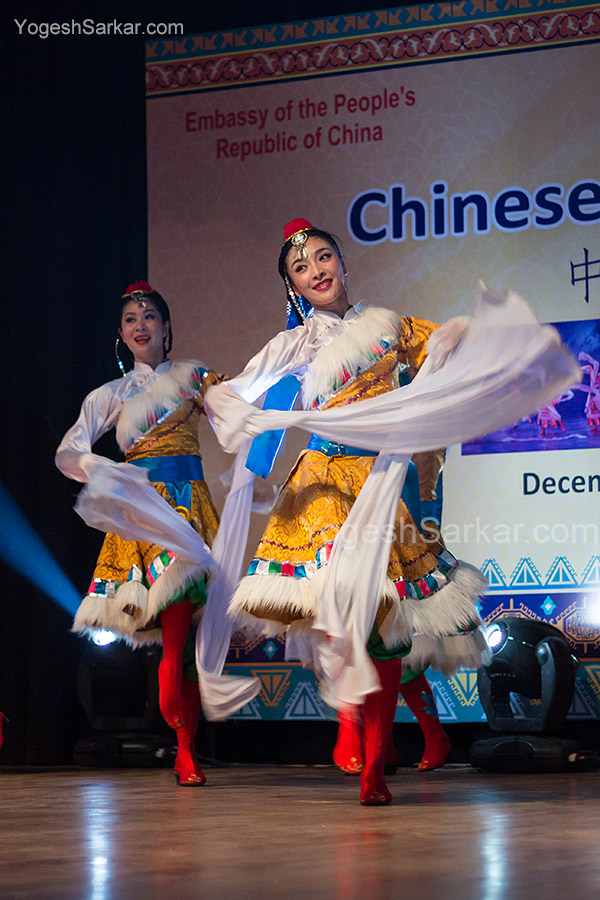 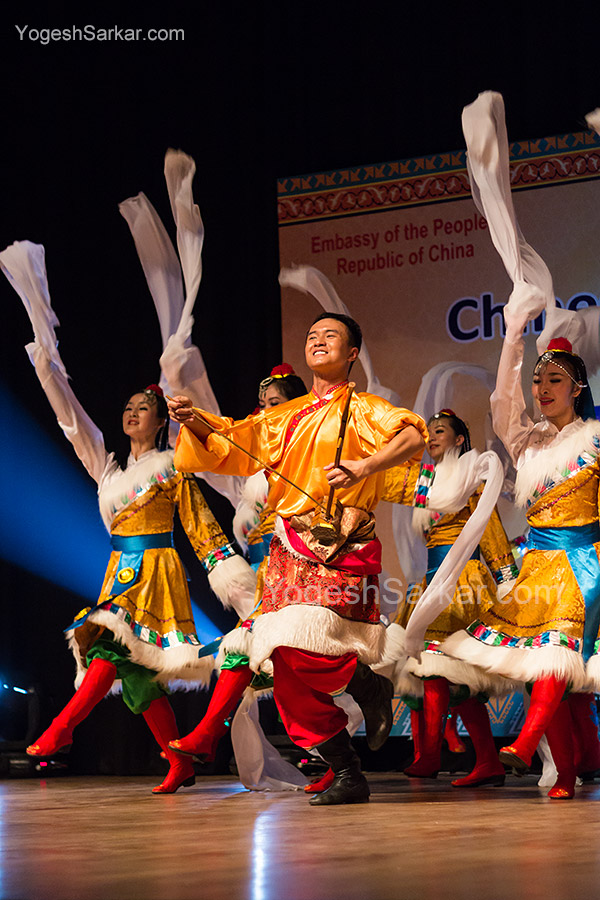 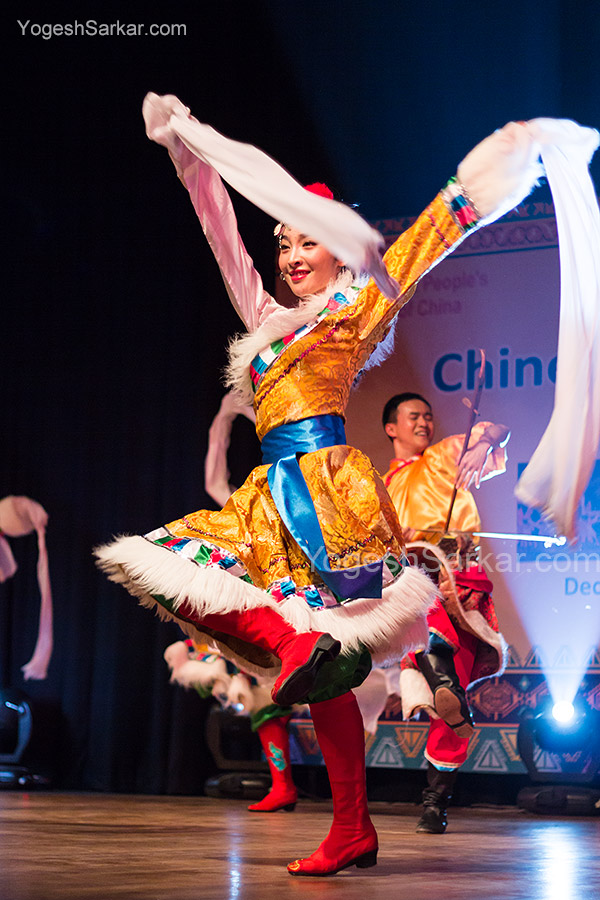 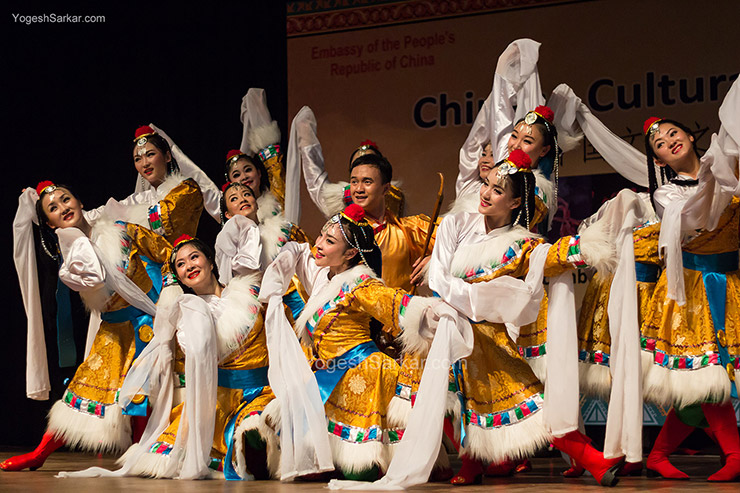 While the performance was quite good and entertaining, the dancing troop itself had earlier come in during Yunnan Folk Dance Performance as well (wearing the same outfit). I am not sure if it is due to the fact that Tibet and Yunnan Province are quite closely located and thus share similar cloths or if it was due to limited number of dancers available for the event. Either way, performance was quiet good and I guess that is what counts more than anything else.

Next up was a performance titled, Mysterious Changes by Wu Songtao. Mr. Songtao was a Chinese face-change (Bian Lian) artist and came on stage wearing a yellow and black mask. While I had heard about Chinese face changers (essentially face mask changers), I had never imagined the speed at which he would be able to change his mask!

While initially he was changing masks while turning or while flipping his robe in front of his face. He soon got off the stage and started changing masks in front of everyone, and no one could tell, how he was doing that! This was one magic trick (if you can call it magic) that I hadn’t seen before and I was quite amazed by Mr. Songtao’s performance. 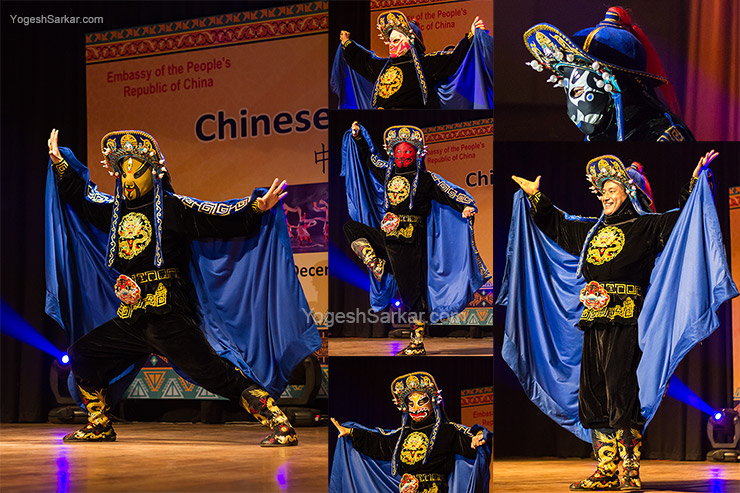