After the wonderful Face-Change act by Wu Songtao, it was time for another dance performance, this time belonging to the Dai ethnic group of China. Dai Folk Dance Performance was called Blessing of Beauty and was performed exclusively by beautiful Chinese girls, dressed in long flowing skirts. 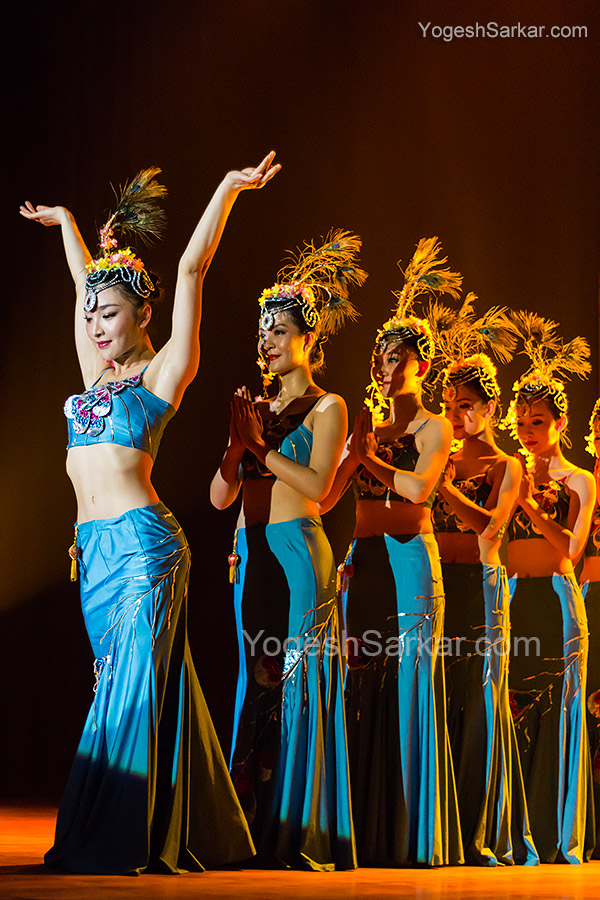 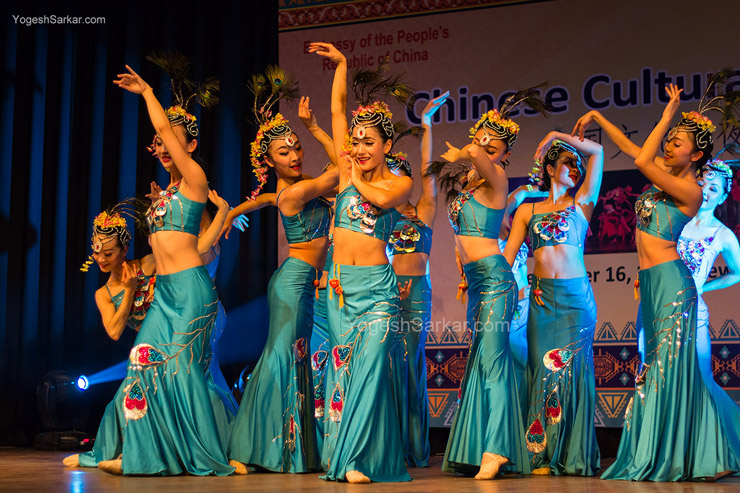 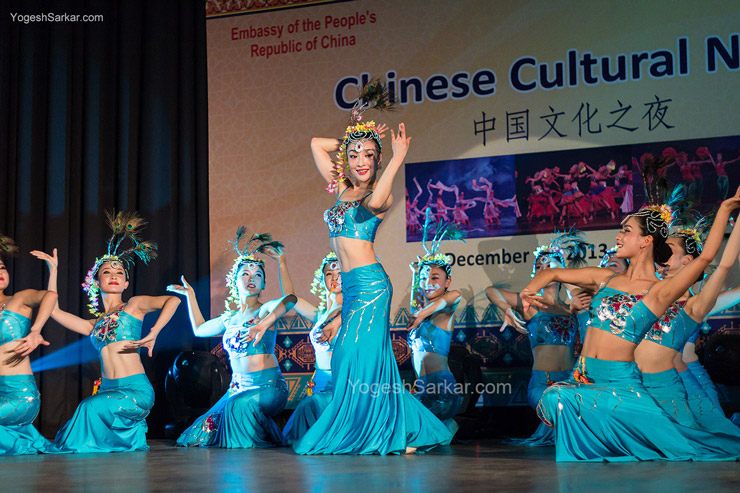 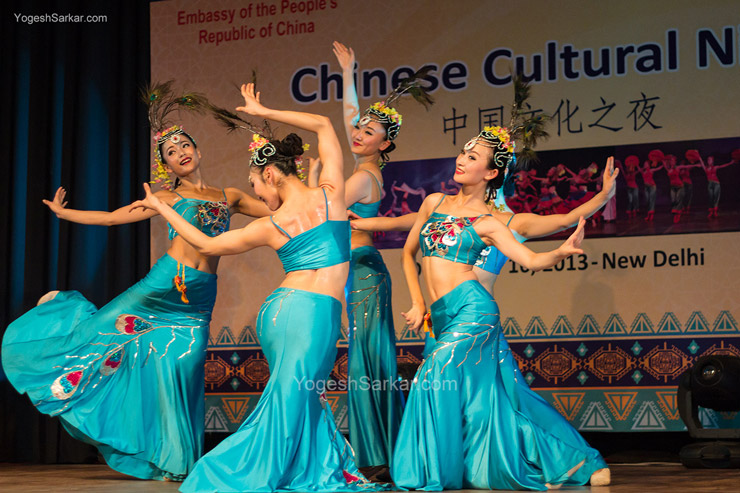 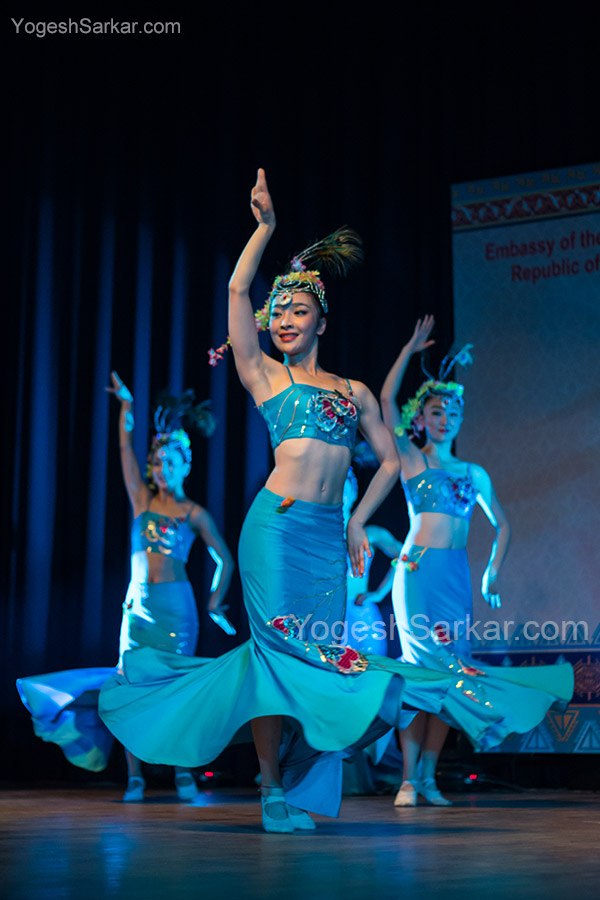 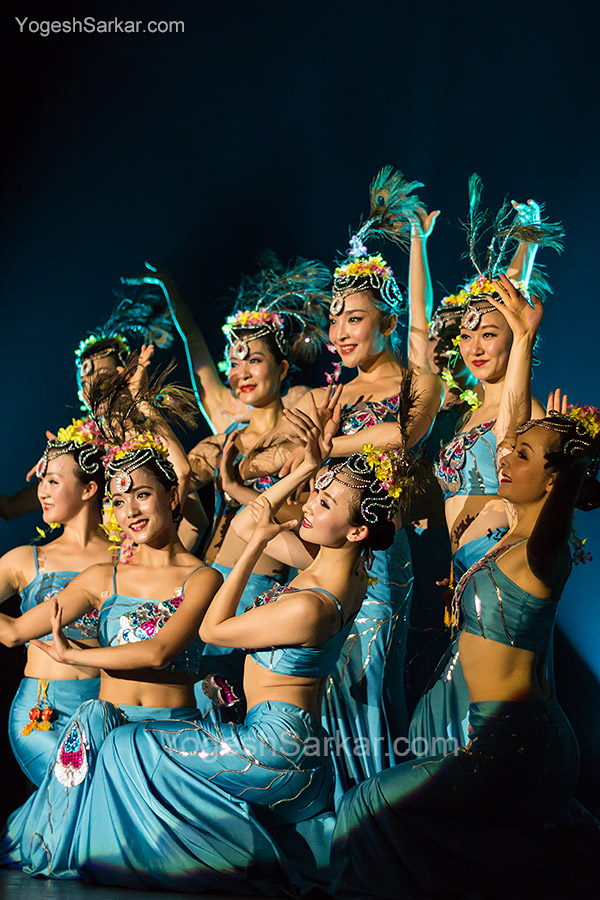 After Dai Folk Dance got over, it was time for Ms. Li Yilan to take to the stage, who played two different types of Chinese flutes, Gourd and Ba-Wu and the performances were titled as The Golden Peacock in the Bamboo Forest and The Merry Water-Splashing Festival. 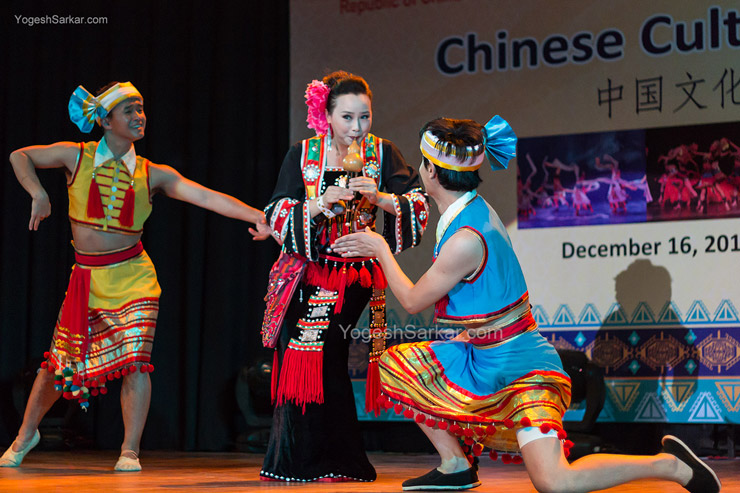 Now it was time for Hani Folk Dance to begin, titled Silver Pheasant and Palm Trees. While the solo male performer played the role of Silver Pheasant, girls were dressed in green, with palm leaves in hand, to symbolize Palm Trees. 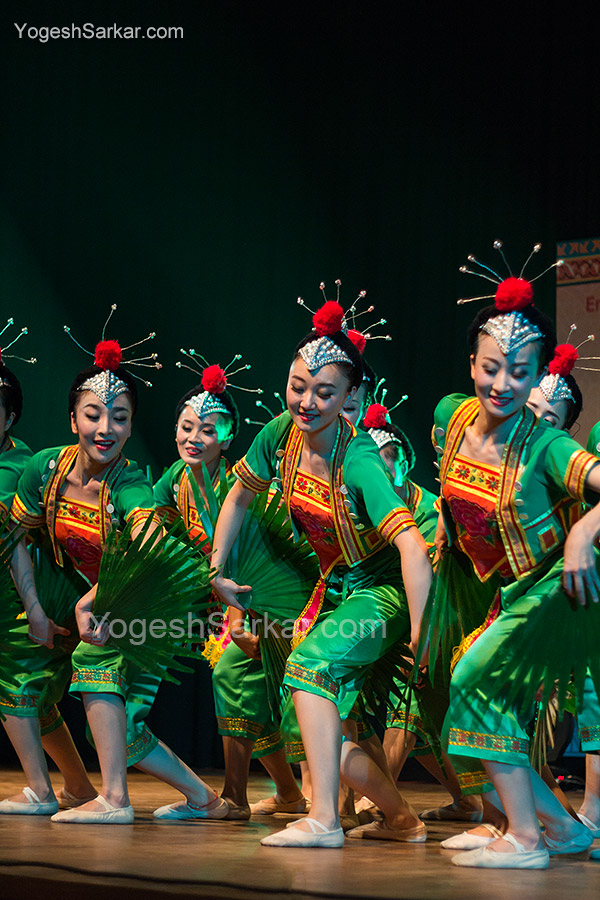 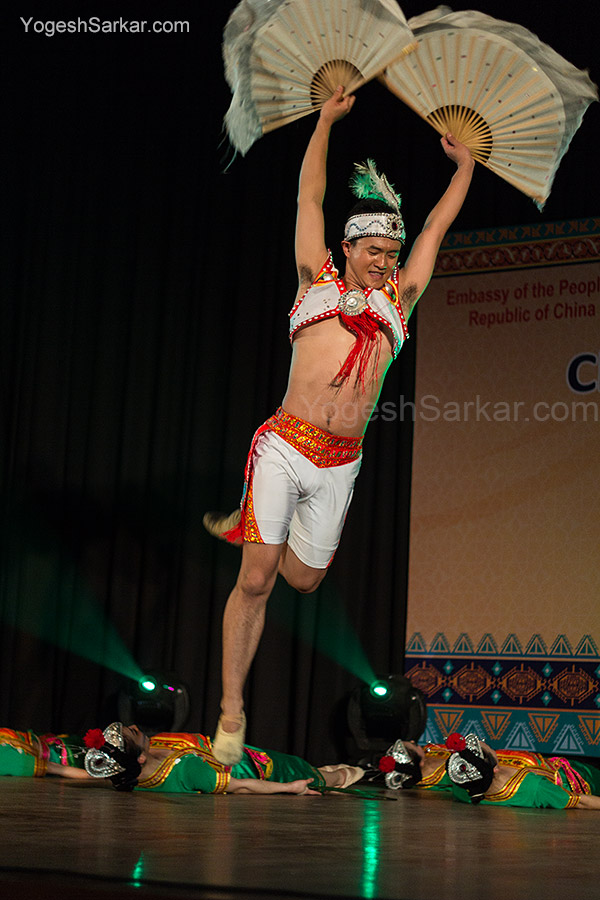 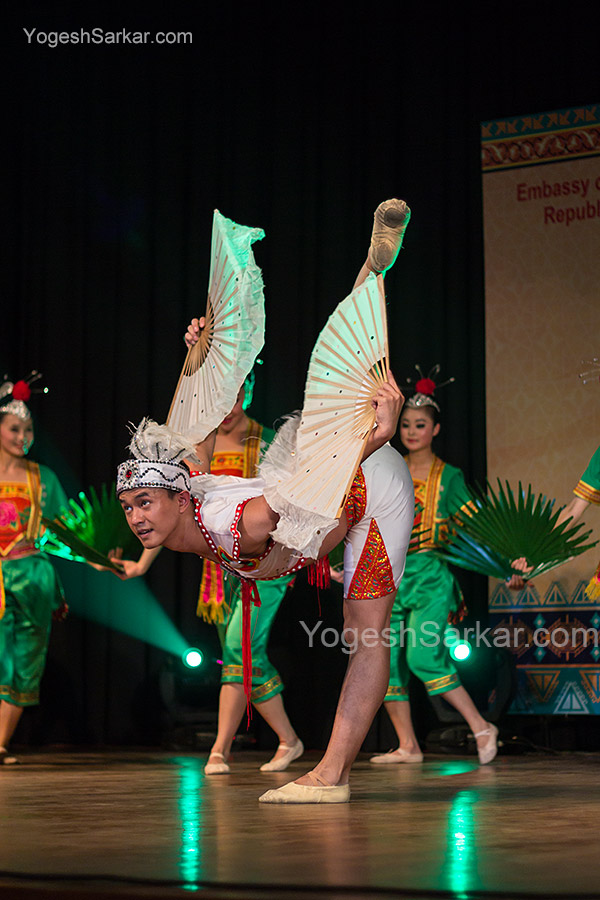 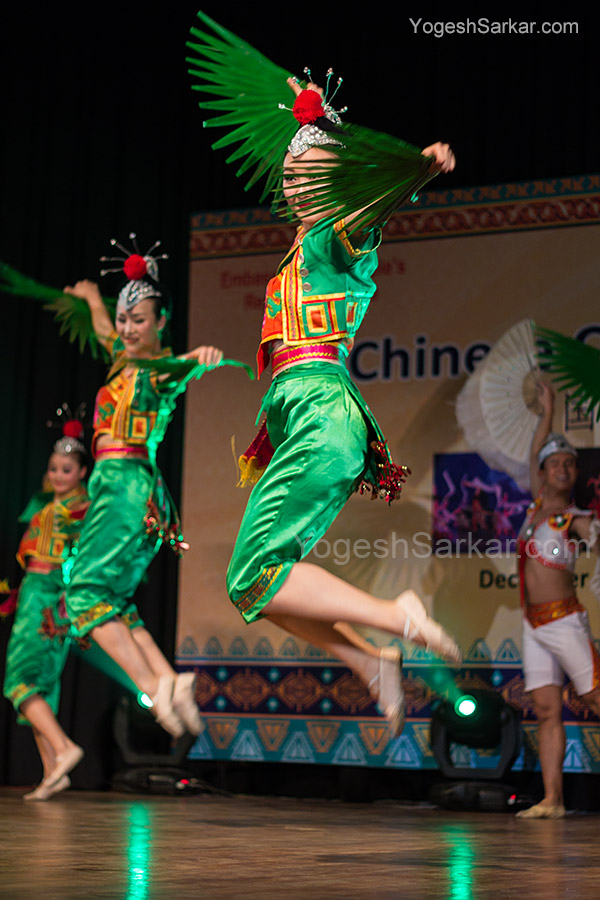 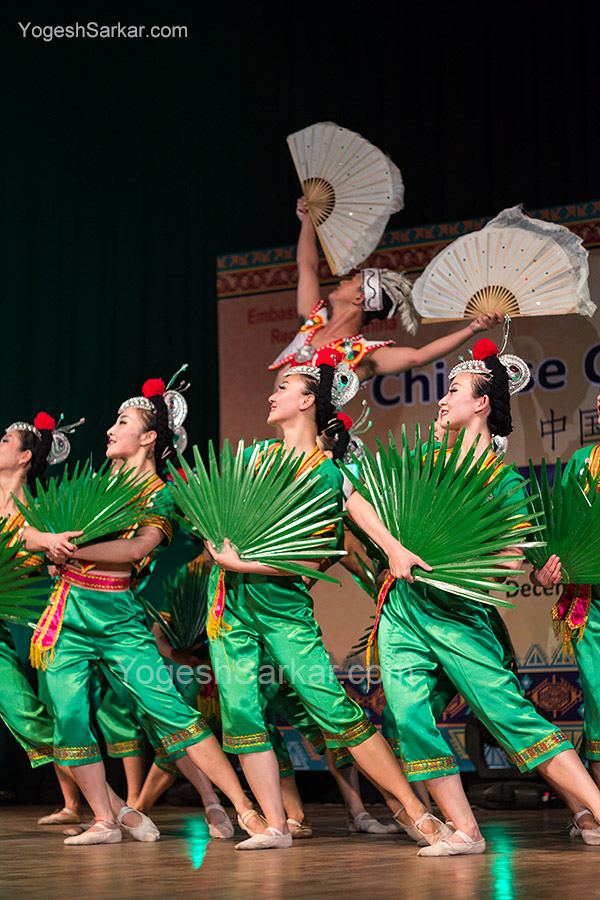 Thereafter, Ji Zhe sang A Glass of Mellow Wine and The Shepherd’s song, which I couldn’t really understand at all. Nonetheless, it was interesting to listen to Chinese tunes, though I really wish she could have sung in English. 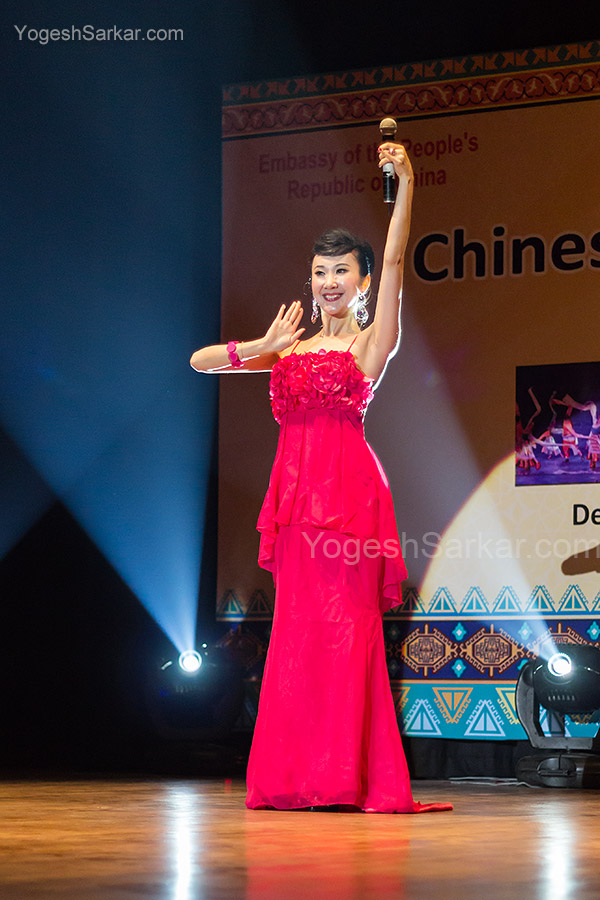