I recently bought Google Nexus 7 Tablet, which was delivered to me today.

I had been contemplating buying Nexus 7 (2012 version), ever since its price dropped below Rs. 10,000 and when Flipkart came up with 10% cash back on HDFC Bank Credit Cards, I decided to pull the trigger and bought Nexus 7 Wi-Fi 16GB model for Rs. 8,999, on which I will receive 10% cash back on my credit card in couple of months. 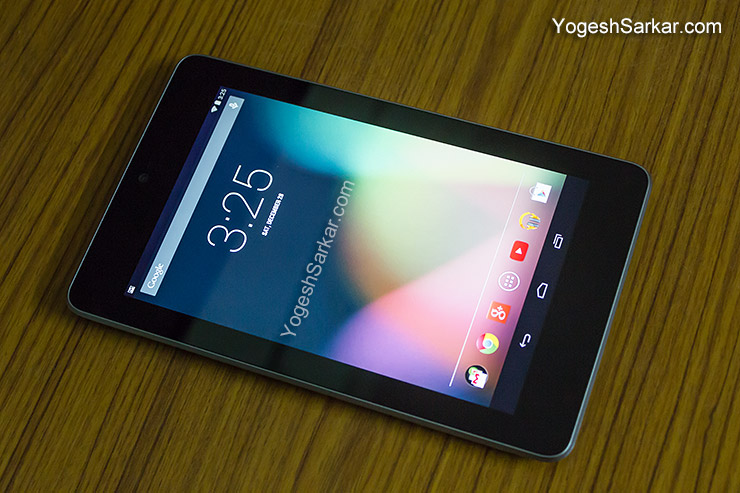 I am hoping to use Nexus 7 to replace my aging Asus netbook, which is only used to take backup of memory cards and browsing and blogging from a remote location.

While I will need to root the Nexus 7 in order to use pen drive and memory card reader with it, I am hoping it wouldn’t really be a tedious process and would help me do everything I was doing with my laptop, in a much smaller and lighter package. I am also hoping to put Google Nexus 7 to good use during winter, when I love to stay in rajai and work, rather than sit in front of my desktop in Delhi’s cold weather.

While it has only been few hours since I received it, I have since then updated Android version from 4.2 to 4.3 and then to 4.4.2. I would have preferred if Google had provided a firmware update to directly take Nexus 7 to 4.4.2, but it is a small annoyance and performance difference between all these versions of Androids is quite visible with 4.4 being the smoothest and fastest.

It is too early for me to comment on anything else, but for now, Google Nexus 7 seems quite good and is quite a bit lighter than Samsung Galaxy Tab 2, which my mom has been using for a while now. I will post my review and comparison of both later on, but I have to say, at Rs. 8999, Google Nexus 7 is a steal, even if you aren’t getting a cashback! No one knows how long it will continue to sell and be available at this price, so make sure to grab one today!