Yesterday I finally made the move to remove Windows XP from my Asus Netbook and installed Ubuntu, which is a flavor/distribution of Linux Operating System. 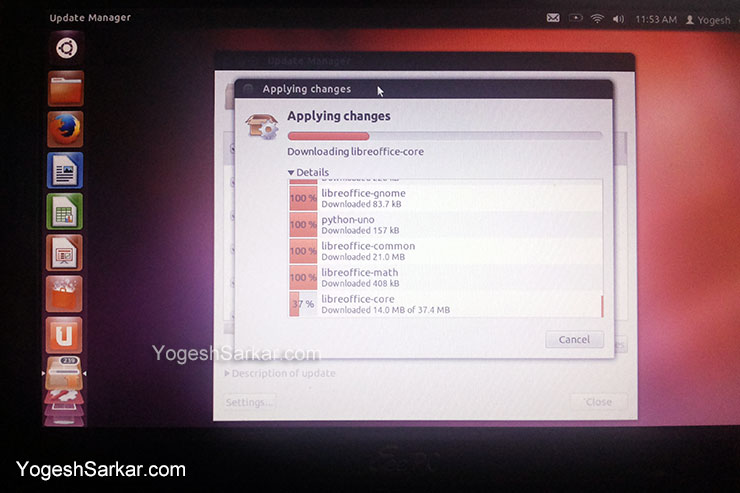 While I had first used Linux over a decade back, when I was studying at NIIT and liked to play with different Operating Systems. However I never quite warmed up to Linux and even when I started using it in my servers 6 years ago, I never really thought about switching to Linux on my desktop.

However, when I came across the news that Microsoft is not only going to stop supporting Windows XP, but also Microsoft Security Essential (source), I took that as the final straw and decided to do away with Windows XP on my netbook and switched to Linux.

This is due to the fact that I no longer use my netbook and I have kept it, only as a backup to my desktop computer. And since I might use the netbook once a month or in case my desktop develops any issue, I just couldn’t jusfity the cost of paid internet security software for it. Especially when the OS itself is no longer going to receive any security updates.

Since I have invested a lot of money in windows software licenses, I will still be sticking to Windows 7 Home Premium on my desktop and I will be using it on a daily basis.

Funnily enough, this is the first time I have installed operating system on my Asus Netbook, which I had bought in 2009 and it had come with Windows XP preinstalled. So I guess this speaks volume about the stability of Windows XP, especially since it never gave me any trouble or slowed down the netbook.

Since I do not have a CD/DVD drive in my netbook, I downloaded 32bit Ubuntu 12.04 LTS using bit torrent and used Universal USB Installer to create a bootable pen drive containing Ubuntu, and installed it on my netbook.

Creating a bootable pen drive and then installing Ubuntu was quite easy, however I made the mistake of choosing to install update during installation and that made the installation process overly lengthy. In fact after watching Ubuntu download updates for nearly 3 hours, I just plugged my netbook to charger and went to sleep.

When I woke up 3 hours later, installation was complete. So if you too are planning to install Ubuntu, make sure to do it when you have plenty of time in hand or uncheck the option to install updates during installation.

The fact that it is once again downloading and updating various packages for last 3-4 hours is annoying and is just like what Windows Operating System normally does, when you install them.

Of course once the updates etc. are done, I would then have to secure and lock down the OS, in order to minimize its chances of getting infected with viruses and malware, especially since this is going to be my fall back option.

I will post a brief review of Ubuntu, after all this is done and I have had the chance to get used to it.