As I had said in a blogpost before Delhi polls, I intended to and did vote for AAP candidate from our area.

A decision I regret now.

And this isn’t due to AAP candidate from our area disappointing us. Because frankly speaking, he hasn’t been in power long enough for me to be able to judge him on his performance.

This feeling is instead coming due to some of the decisions and acts of AAP in the past few days, which have made me, introspect deeply on this matter, and reach this conclusion. 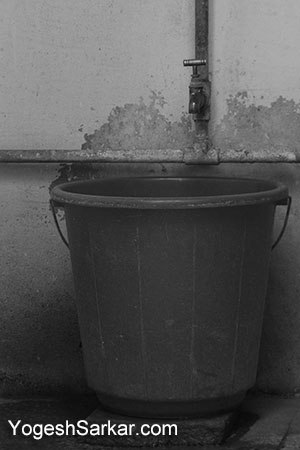 Subsidized water and electricity: While everyone loves freebies, at the end of the day, when state decides to give something away for free, it gets the money to finance those freebies, by taxing us directly or indirectly. Furthermore, I believe quality and availability of water and electricity is a bigger issue than their tariffs. Of course it might be different for you, but for me, savings I would made by not having to buy packaged water (DJB water supply in our area is unsuitable for human consumption) and spending thousands each year on inverter, batteries, stabilizers etc. would be more than what I would get by way of these subsidies, which will be ultimately financed by us.

Rewarding Auto Rickshaw Drivers for their support: AAP Government in Delhi has made public their plan to take away the right of traffic police to fine those auto rickshaw drivers, who overcharge, are only interested in plying on a certain route and do not wear uniform, they are required by law to wear. AAP Government wants to transfer this power back to Transport Department, which does not have the manpower to do this and had in fact transferred this power to traffic police, after a court order!

This to me is a clear case of appeasing a certain section, which gave political support to the government and it comes at the expense of common man and rule of law.

Rewarding traders and local businesses for their support: AAP’s decision to roll back FDI in Retail is regressive and not only comes at the expense of consumers, but also that of India’s economic wellbeing. That too at a time when investor confidence in India is low, our growth is slowing and we badly need foreign capital to finance our trade deficit and international loans.

There will be those who will say that FDI is bad for India and will ultimately lead to money being syphoned out of India, well that will happen regardless of whether we get FDI or not. Because we import more things than we export and with little to no emphasis on R&D in India, it is unlikely things will change anytime soon.

So rather than taking this regressive step, AAP should have teamed up with IIT Delhi and other such institutions and financed research into next generation of technology. So that 10 years down the line, India would have something unique to sell to the world. That would have not only given a boost to domestic industry in the long run, but it would have also strengthened India’s position and made Delhi an attractive destination for companies (Indian as well as International) and talent.

Expecting cops to act on the whims and fancies of politicians: While I appreciate the fact that AAP ministers are listening to people’s complaints and are trying to end illegal activities taking place in Delhi. However what I do not appreciate is that they wanted police to conduct raids and arrests, without court warrant.

We already have instances of politicians using the police to settle scores, last thing we need is justification coming for such moves by seemingly honest people and such moves actually getting support from public at large. Because even though yesterday an honest politician might have been attempting to bust a drug and prostitution racket, but tomorrow a corrupt politician could use the same precedence to levy false accusations against you and your loved ones. And order raid at your home at night, and get you and ladies of your house picked up, without any court warrant!

Which is why this move has to be condemned by all sections of the society and all attempts ought to be made to ensure there is no political interference in police matters, be it for good or bad. Otherwise, police in India will just remain a tool in the hands of politicians, which they can use at their discretion.

Which is why, I, a common man with no political affiliation and someone whose destiny is forever intertwined with that of India (by choice), regret voting for AAP at the moment. Though a faint glimmer of hope still exists in my heart, hoping for AAP to make a turnaround and stop behaving like other political parties in India (something they promised initially) and put their heads down and get to the unglamorous work of simplifying government procedures and reducing red-tapism and government interference in everyday life of the common man.