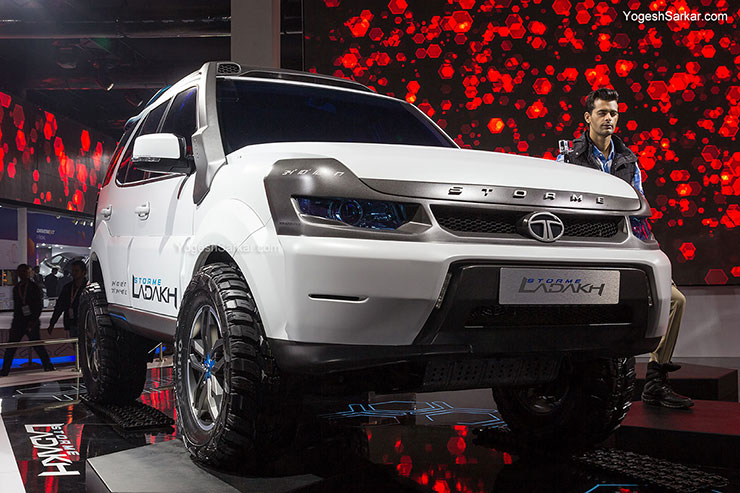 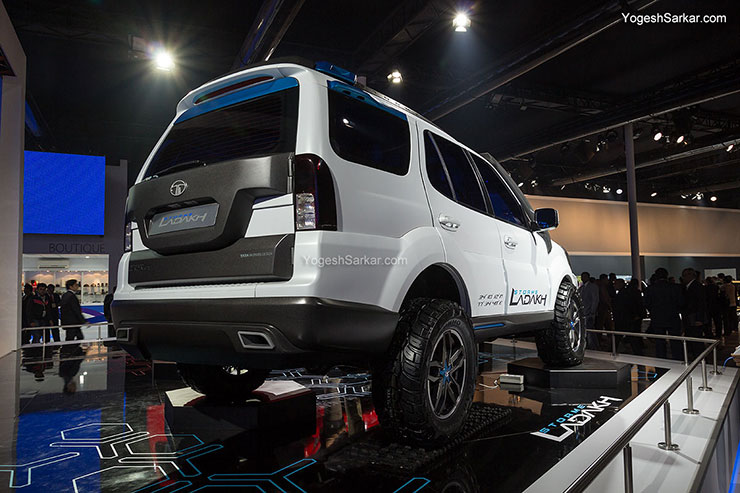 While technical specifications were the same as that of 4×4 Safari Storme. Storme Ladakh comes with bull bar, bash plates, AT tyres, lovely styling and in cabin enhancements for long distance travelers. However, it was the ability to tie petrol jerry cans and water tank on the roof, which caught my eyes.

While I couldn’t check jerry can mounting system or interiors. I was happy to see Tata Motors at least attempting to woe Ladakh fans with this concept vehicle.

Having said that, I would love to see better ground clearance and larger fuel tank (to reduce the need for extra jerry cans) in the road version of Tata Safari Storme Ladakh.

Add to this, Tata Motors really needs to expand its service network in interior Himachal and open service centers at Kaza and Keylong. Because at the moment, those traveling to Spiti and Ladakh are at the mercy of local mechanics, once they go past last Tata service center at Shimla and Mandi.

In comparison, Maruti Suzuki not only has service centers in Kaza and Keylong, but a lot more cities in Himachal Pradesh and rest of India.