I have been using Cosmic ROM (based on CM 11) on my Galaxy Grand Duos for past couple of weeks. I had switched over to it, because I was sick and tired of the extreme slowness I was facing with Samsung’s stock ROM and no matter what I did, nothing could make my phone work faster.

Since I was in no mood to spend money on a phone again, I decided to use a custom ROM (firmware) for my Grand Duos. 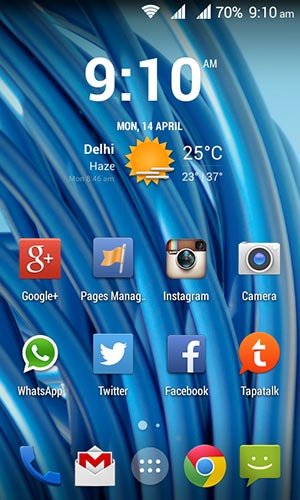 During these past couple of weeks, my DSL connection was down for 3-4 days and during that time, I was using my phone extensively for internet access throughout the day and even using it as a USB modem for my desktop at times.

For me, that is when the Cosmic CM ROM truly shined and gave me frustration free user experience (even though MTNL 3g did it best to annoy me). There was absolutely no slowness whatsoever and on couple of occasions, when the phone did crash, it was due to Facebook App getting hanged.

Battery performance too seems to be better than that of stock ROM and while some of the functionality of stock ROM are missing (namely multi window and ability to add home screens, without filling all existing home screens), I am still happy.

Even the blocking mode is there in the form of quiet hours (Settings -> Sounds). While there is no option to choose which notification you want to allow during quiet hours and call ringing can be permitted only on the following basis; all callers, only for contacts and only for favorite callers i.e. not as customizable as Samsung’s blocking mode.

Thing I most like about Cosmic ROM is the fact that you can not only overclock the processor by 100 MHz, but also choose to tweak the other performance aspects of the OS. For instance, I have set minimum frequency for the processor to 600 MHz and maximum to 1300 MHz (100 MHz overclock). I have also set the MinFree Taskkiller to aggressive mode to ensure one or two applications don’t end up slowing down the entire phone. 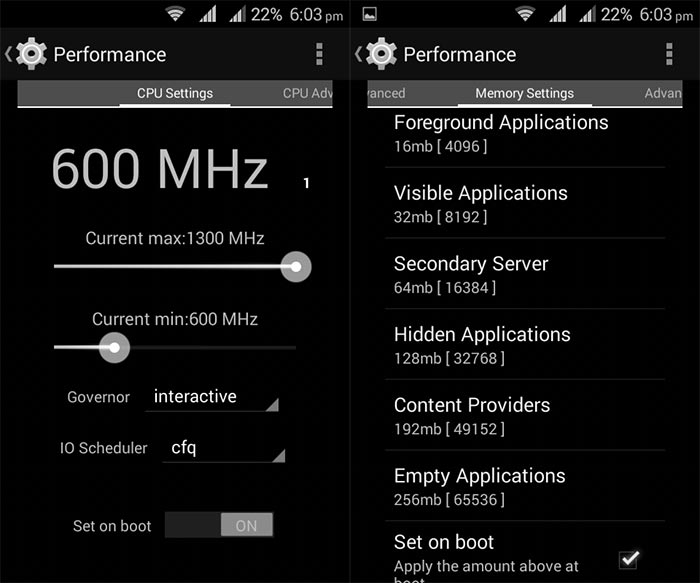 And I guess these things along with a lighter and more robust UI are the reason behind the smooth and fast performance of my Galaxy Grand, which until couple of weeks ago, I wanted to dump!

Of course there are a few issues apart from the ones I listed above, most annoying one is the low call volume through the speaker (especially in case of second SIM). I had seen a few others complain about the same; however I haven’t yet researched on whether or not this can be fixed. Similarly dialer and messaging App isn’t as intuitive as the stock one and asks for which SIM to use, after you press call or send SMS button (stock ones display buttons for both SIMs on the dialer and SMS app, thus making the process faster).

There is also a problem wherein settings crash, when you click on Status (Settings -> About Phone). While there is no need to check phone status this way, but it is slightly annoying that one isn’t able to access that window.

Overall I am quite happy with Cosmic CM (despite above shortcomings) and I am really thankful to the developer, because he saved me tens of thousands of rupees, by letting me continue to use my Grand, instead of buying newer phone.

If you are interested in installing Cosmic CM, check out my guide on How to install Custom ROM on Galaxy Grand Duos.