After getting frustrated and irritated with Samsung Galaxy Grand (even after switching to custom ROM), I finally decided to buy a new phone, Moto G. 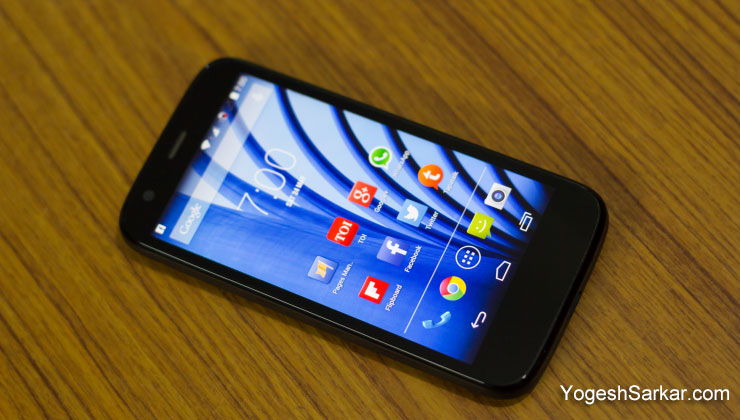 Since I was in no mood to shell out another 20-30k, less than one and a half years after buying Galaxy Grand, I decided to go with a budget (comparatively speaking) dual SIM phone.

Initially I was in no mood to buy another android device, and looked through various Windows phones from Nokia. The only one which had dual sim capability was Nokia Lumia 630 Dual SIM and it seemed like a wonderful phone for the price.

In fact I was just about to order it and thought long and hard, before eventually buying Moto G.

So what made me choose Moto G over Lumia 630?

For starters, Lumia 630 does not have a flash. The only time I am likely to depend on my camera’s phone is when I am at a party or wedding, where I wouldn’t carry my DSLRs. Since usually most of the parties and weddings have less than ideal lighting conditions, a flash comes in handy. It also comes in handy while shooting a quick photo or two inside home.

That along with the fact that I am heavily dependent upon Gmail and used to Android OS, finally made me pay Rs. 500 more for Moto G.

I ordered the 8GB variant (not really a heavy app or music user) from Flipkart on Thursday night and received it today morning. 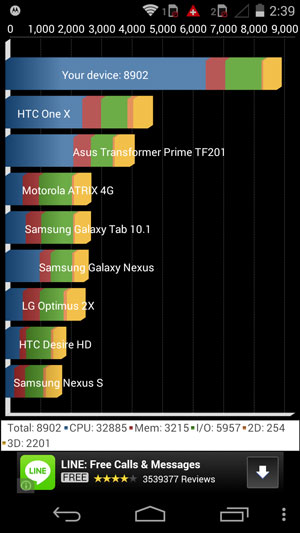 Initial impressions are nice, though I hate the fact that they sent white ear phones and charger, with my black Moto G. Also due to the fact that Moto G uses micro SIM, I had to get a new SIM issued from Vodafone, which was activated by the time I reached home and started Moto G (less than half an hour, so kudos to Vodafone India).

Only complaint I have as of now is the fact that it seems to be a bit slippery, maybe it is due to the fact that I am used to holding much larger Galaxy Grand with its flip cover or maybe it is actually slippery. I will follow this up after a few days.

Performance of the phone seems rather nice (as you can see from Quadrant score) and also the screen seems quite nice and bright.

Sadly I haven’t been able to test dual SIM functionality, since I couldn’t get MTNL’s micro SIM today. Hopefully I will have that by Monday and will be able to post about it soon.

Also Moto G seems to heat up a little more than Galaxy Grand, but then again, Delhi is pretty hot at the moment and I do not have air conditioner.

Thanks to its size, it is also far easier to manage and use than other 5” screen phones, though typing on a smaller screen will require a bit of practice (if you are coming from a 5″ phone like I am).

Overall, Moto G seems like a great value for money and so far I am impressed by it.