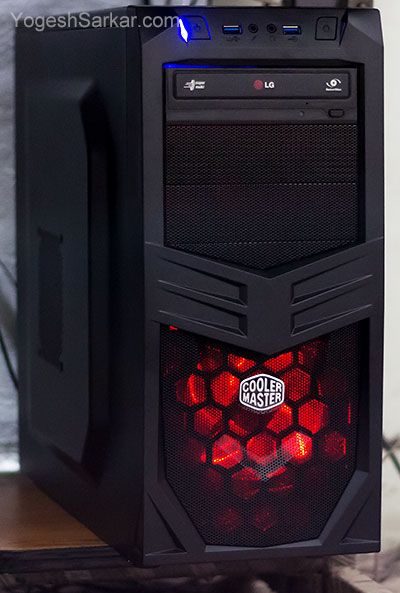 I recently assembled a new computer for photo and video editing, and this blogpost is dedicated to it.

Here is a little background. It had been over 6 and a half year, since I bought my Core2Duo E4500 based computer and with Photoshop CC 2014 and Lightroom 5.6, it had started to show its age. Even though I had constantly added/upgraded various components to it, over the years.

Last straw came when I was editing and exporting my first time-lapse clip. Lightroom processing brought my computer to its knees and it took well over two and a half hour, to export a 15 second time-lapse clip!

While I can deal with slightly slow performance and processor being the bottleneck in games, there was no way I was going to waste hours processing a single time lapse clip! So even though I couldn’t plan and budget this build like I would have loved to, I decided to take the plunge anyways and built a mid-range photo/video editing computer.

While my first two computers were based on AMD processors, over the years, AMD hasn’t been able to keep up with Intel in performance/power efficiency ratio. So I decided to go with Intel Core i5 4440, 4th generation processor, even though I could have gotten better performance with AMD processor, had I been willing to foot much larger power bill (Core i5 4440 has max TDP of 84watts, while AMD FX-8320 has a max TDP of 125watt).

Since I was planning to use quite a few parts from my earlier build, I decided to only order components which were necessary for the build and everything was ordered from Flipkart.

From my previous build, I carried forward following components:

All this is plugged into Dell U2412M IPS Monitor, which too was carried forward to this build, along with other peripherals. I also decided to stick to Windows 7 Home Premium, since I am least interested in shelling out for Windows 8.1 upgrade.

I decided to not use Zebronics Bijli Cabinet for this build, since although it is airy, it is tough to build in and cable management was non-existent. Cooler Master K281 in comparison is a much better case to work with, although short length of my PSU’s cables ensured that I couldn’t do proper cable management. 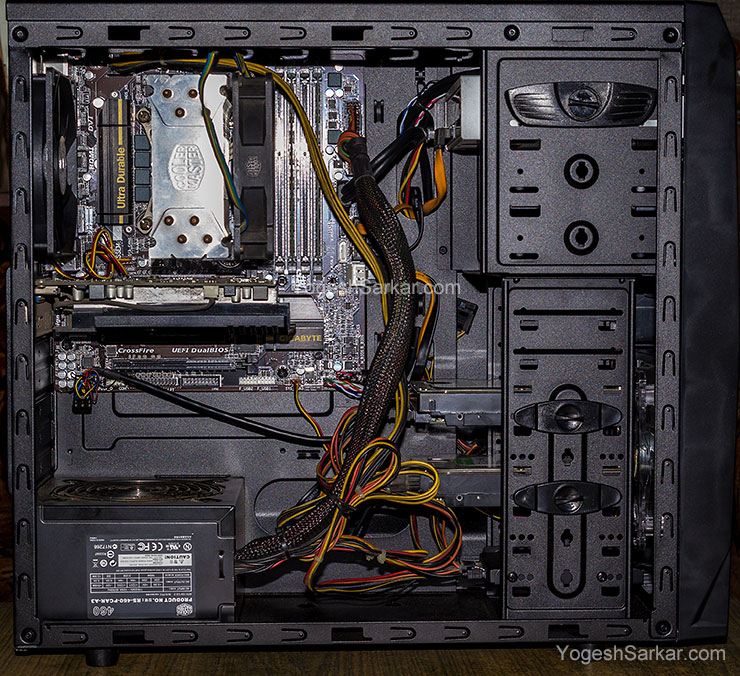 I will be replacing my power supply next year with hopefully a modular one, which would lead to better cable management. I also have plans to add more storage (both SSD and HDD) next year, along with 16GB RAM.

Even though as per Windows Experience score, it is the graphic card which is the bottle neck now. However since I am a casual gamer, it is way down my priority list.

Same time-lapse export which was taking over 2 and a half hour on my earlier computer, now takes a little over 15 minutes. Add to that, performance in games has improved quite a bit and the system as a whole seems quite fluid and fast, especially while editing large image files in Lightroom and Photoshop.

Although initially things weren’t as rosy, thanks to Kaspersky 2015 causing install errors for Battlefield Bad Company 2 and slowing down Photoshop and Lightroom considerably. Downgrade to earlier version of Kaspersky Internet Security fixed this issue, although it did take me a week to pinpoint the exact issue and fix it!

At the end of the day, for someone who spends 10-16 hours each day in front of his computer, this upgrade has been a real blessing. Even though initially I wanted to wait a while and invest in a much more powerful system. But sometimes things we perceive initially as compromise actually turn out to be much better fit, than initially imagined!