Lately, a tragic incident involving death of a school kid at Delhi Zoo has been making headlines in media and social media. Kid in question, had fallen into a white tiger’s enclosure and was later attacked and killed by the tiger.

While I am no body to comment on this particular incident, since I was neither there nor do I know all the facts leading up to this incident. However, having visited Delhi Zoo numerous times, I can only say, the fact such incidents don’t occur more often is a miracle.

And it is stuff like this, which makes me wonder, whether zoo authorities are really to blame, let alone the poor tiger, who was probably just as dumbfounded at that moment as the victim, who had fallen into his enclosure. 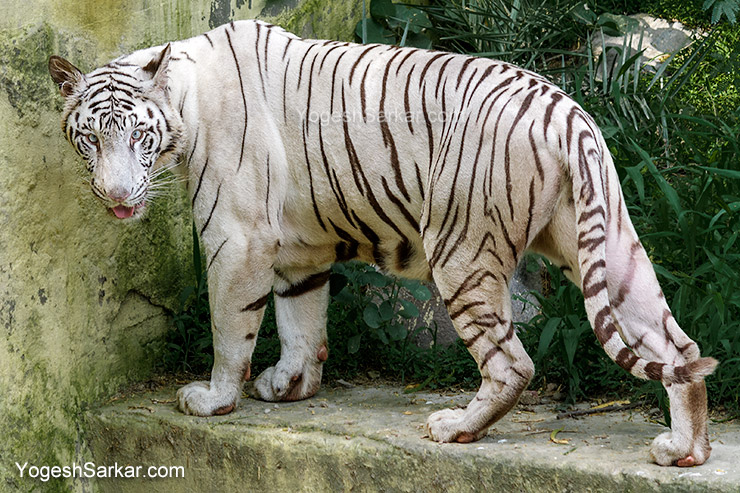 After all, it isn’t like zoo guards don’t intervene. I have personally seen them intervene 3-4 times and I also see them make rounds regularly. But when you are dealing with people who believe it is their god given right to throw stuff at animals or shout/scream at them. How do you expect a lone guard to actually deal sternly with such individuals?

Heck I have seen school kids (same age group as the victim) arguing furiously with a guard and later cursing him, after he stopped them from throwing stuff at a half visible crocodile (they were throwing stuff at the poor creature, so that they could see him fully)!

Now I am not saying this kid was probably doing the same thing, but fact of the matter is, it isn’t possible to slip into white tiger’s enclosure, unless you are sitting on the railing, heavily leaning against it or someone is actually pushing you inside.

Which one of the above fact was it, I don’t know and I doubt we will ever come to know.

Fact is, a family has lost their kid and people need to blame someone for this incident (zoo authorities, government, tiger, kid, god or whatever.)

The way I see it, there isn’t any way to prevent such incidents from happening in future, unless we install electric fences on the visitor side (which would be a good thing). And stop tolerating idiotic behavior in zoo and in the streets.