Paper Boat recently sent me their newly introduced, Iced Tea for review. While I had heard a lot about Paper Boat and had seen their products at various shops, this was the first time I was tasting/testing anything from them. Thankfully, I wasn’t disappointed! 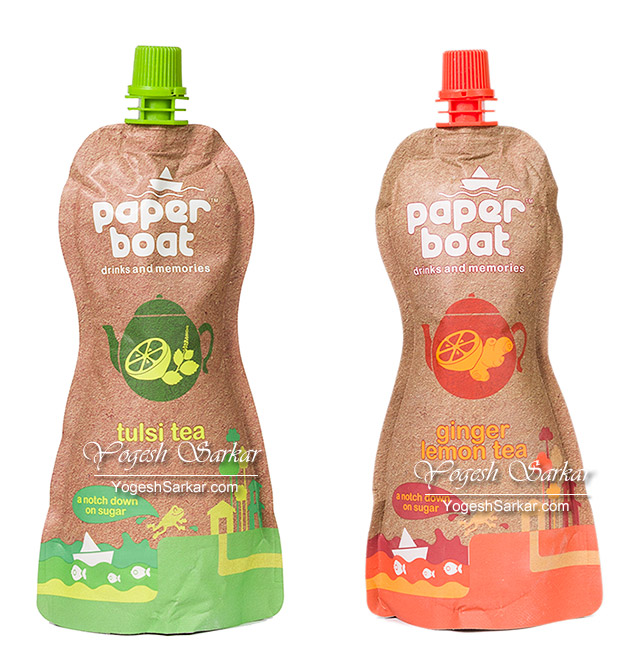 Iced tea from Paper Boat came in two flavors; Tulsi and Ginger-Lemon. Out of the two, I liked Ginger and Lemon Iced Tea more, as I felt it had better flavor than Tulsi Iced Tea. Especially since Tulsi Iced Tea seemed to have a stronger flavor of what felt like honey, which was almost absent in case of ginger-lemon.

Of course neither of the flavors had strong taste or after taste, which made consuming them a lot tastier for occasional tea drinker like me. And even though I got these during cold winter month of December, I have to say, I quite enjoyed them, albeit without ice.

Paper Boat Iced Tea contains around 28 calories per 100ml and has no added flavors and has natural ingredients, making it a good alternative to soft drinks. Though at Rs. 30 per 250ml, it is slightly costlier than soft drink, but still cheaper than what you would end up paying for iced tea at any restaurant.

Overall I quite liked Paper Boat Iced Teas, though I have a feeling that with added ice, they might not be appreciated as much as they would be, if they are served chilled (due to mild flavor.)