Just when you think things couldn’t get any worse for road trip enthusiasts in India, NGT (National Green Tribunal) comes out with another way to piss us off!

This time around, under the guidance of NGT, Himachal Government has decided to setup a pollution check center near Vashisht (Manali), where vehicles heading to Rohtang Pass need to get their emission levels checked. This is despite the fact that vehicles which are 10 years or older, aren’t allowed to travel to Rohtang at the moment and will continued to be stopped en route. 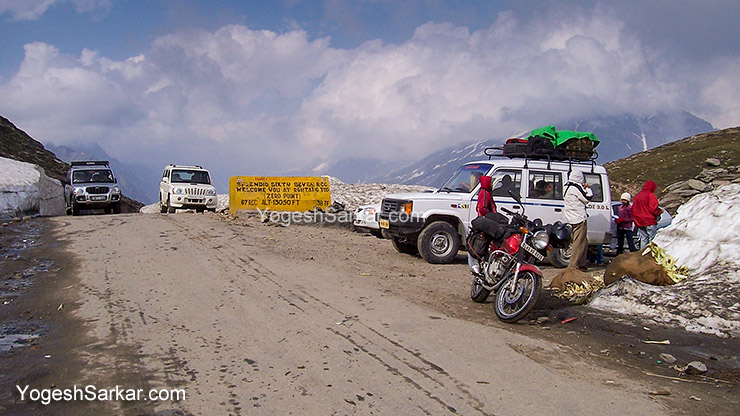 Concerned about the increasing effect of pollution on the ecologically fragile Rohtang area, NGT had ordered the state government to establish a pollution check centre near Vashisht so that only “fit and low emission vehicles” could ply on the route. Now, the vehicles with high emission will not be allowed to run beyond Vashisht. Also, vehicles older than 10 years are strictly banned on the Manali-Rohtang highway.

“A permanent pollution check centre has been established near Vashisht,” Kullu deputy commissioner Rakesh Kanwar said, adding that vehicles emanating harmful gases beyond permissible limit will not be allowed to move on the highway. “We are strictly following the orders of NGT to conserve greenery, cleanliness, fauna and flora of Rohtang area,” he said.

While I appreciate the fact that NGT and Himachal Government is attempting to reduce pollution at Rohtang pass and damage caused by it, I do not believe this is the right way forward!

After all, stopping and queuing up hundreds of vehicles each day for pollution check at Vashisht is just going to ensure that the pollution levels in Vashisht go up drastically. It also means that NGT and Himachal Pradesh Government has no faith in PUC certificates issued elsewhere in India, in which case they better scrap these PUC certificates altogether.

Of course all this essentially means that the common man/woman traveling on his/her own, instead of relying on taxis from Manali is going to be harassed even more and will have to waste his time and energy, going through another unnecessary check.

Pollution in hills as well as in our cities is a source of worry for all of us, however government and its agencies need to come up with ways which are practical and easily implementable and aren’t ways which just transfer pollution from one place to another (in this case from Rohtang to Vashisht).

Till that happens, avoid traveling via Manali and take the Srinagar – Leh Highway instead. It is quite beautiful and you won’t have to get any permit or stand in queue for pollution check, while crossing Rohtang Pass from Leh side.