I have never been a fan of mirrorless cameras and I have always believed that while SLTs are a good option, smaller mirrorless bodies just don’t make sense (more on this later). That opinion of mine got somewhat changed when Sony came out with A7 and A7r, full frame mirrorless bodies and followed it up with spectacular A7s.

Sony A7 series in my view is coup d’état against the traditional full frame DSLRs, especially as far as image quality is concerned. So at CEIF Photo Fair 2015, when I got a chance to try out Sony A7r, I spent more than half an hour with the little monster, trying out things which had intrigued me about it. 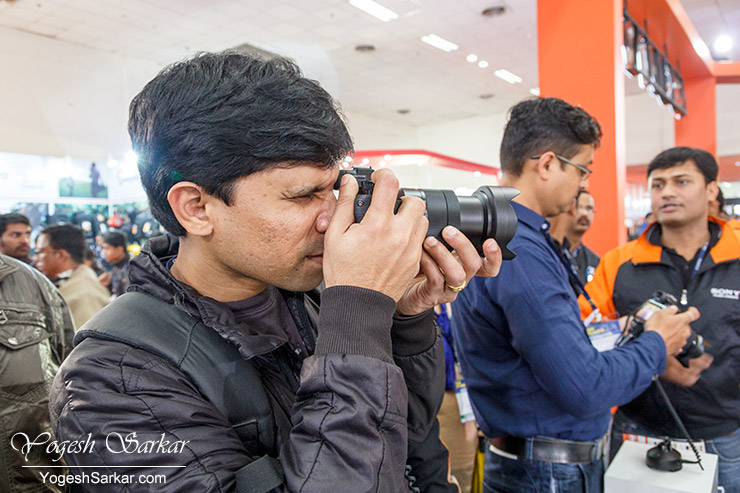 What I was particularly interested in testing out in Sony A7r was manual focusing through EVF and using peaking mode.

Before this I had never used peaking mode, but I had heard a lot about it. I wanted to try it out, because while shooting candid photos during wedding ceremony, I had somewhat felt the need for manual focus. Since with low light, AF and wide aperture, you can often end up with a composition, which isn’t exactly what you were after. Since manual focusing through DSLR viewfinder is difficult, especially if the subject isn’t static and you have a very narrow depth of field, I generally tend to avoid using manual focus.

So I wanted to see, if Sony A7r could actually make the manual focusing a breeze with its EVF and peaking mode.

Good thing was, once the Sony A7r was setup for the way I wanted it to work, it worked fairly well and I felt I could manually focus swiftly and with ease. Something I have never been able to do with my DSLRs.

Add to that, the size of Sony A7r makes it extremely easy to carry multiple bodies at the same time, without the weight tiring you out. Plus the fact that A7r has similar sensor as the one used in Nikon D800 (Sony supplies sensors to Nikon), makes it an extremely capable camera, which can produce fairly detailed 36 megapixel images, which don’t seem to lose much details at high ISO (here is a ISO2000 photo shot with Nikon D800.) 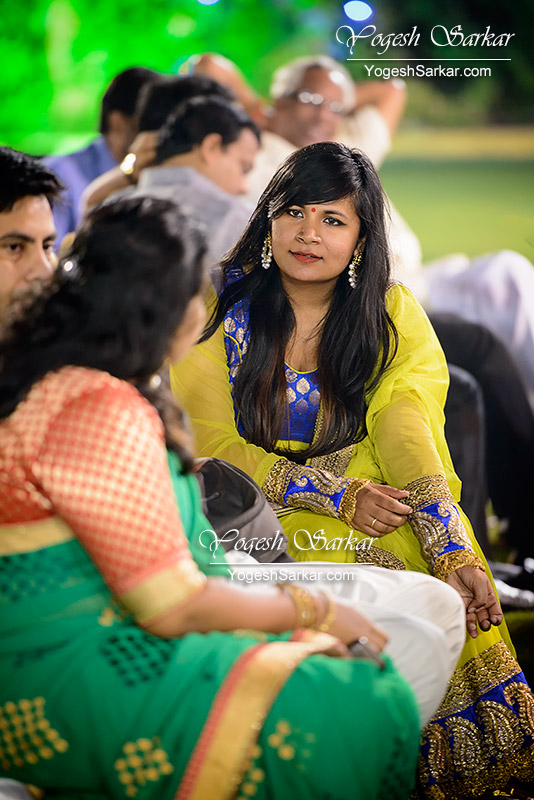 Sony A7r can also use Canon, Nikon and even Leica lenses with the help of an aftermarket adapter, making it possible for people to utilize their older lenses.

Changing settings on the A7r seemed a bit quirky to me, plus AF can only be switched off via menu. Even the Sony chap took a while to setup the Sony A7r in the way I wanted it to work, but I guess this is something one gets used to over time. However I would still like to have AF On/Off option on the lens itself, since it is just faster that way.

I also didn’t quite like its ergonomics and constantly felt the need for a battery grip. I guess this point would be even more apparent when you are shooting with heavy lenses. And this was the main reason I never really liked mirrorless cameras, because I always felt heavy lenses don’t go with the light bodies and one would likely ends up with ergonomic nightmare.

I also didn’t like the fact that it only has a single memory card slot, even though it is targeted towards the professionals. Slow flash sync speed (1/160) is also somewhat of an issue, if you are planning to use A7r with speedlights or strobes.

Worst thing about the Sony A7r was the image scroll and zoom in dial! It is absolutely difficult to use that thing and at least for me, the most annoying thing about A7r.

While Sony A7r can use lenses from other companies, Sony’s own lenses for the E mount are rather limited, just 7 at the moment and none of them are f2.8 constant zoom and there is just one f1.8 lens, 55mm F1.8 ZA.

While I didn’t have enough time with the Sony A7r to write a proper review and compare it with full frame DSLRs, I did get a feel of what it is like to shoot with A7r and mirrorless cameras. While these mirrorless cameras still have a long way to go, before they can actually replace DSLRs for majority of people, I believe they are nicely along their way. I also feel Sony really needs to introduce a lot of good quality lenses for the A7r, in order to make it a viable option for professionals and serious hobbyists.

Having said this, one thing is for sure. Whenever I decide to switch to full frame body, Sony’s little pixel monster, A7r would be in the running along with the full frame DSLRs from Canon and Nikon.