My camera now has as much flash storage as base model of 15” MacBook Pro; this is the first thing that came to my mind, when I inserted Kingston’s Professional 256GB SDXC memory card in my camera! What is even more interesting is the fact that such mammoth capacity is housed in a card, which is only a slightly bit larger than Rs. 2 coin! 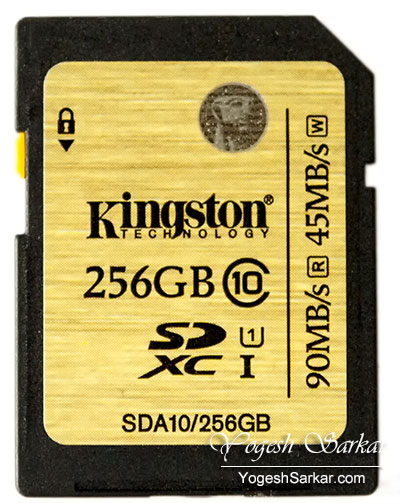 Funnily enough, when I bought my first proper digital camera in 2005, I also bought 2 x 512MB Kingston SD cards with it and during my 16 day trip to Ladakh and just 1GB of storage was enough for my entire trip! Fast forward to my last trip to Ladakh in October-November 2014, I managed to shoot over 80GB of photos and videos in 7 days! In fact I could have shot more, but by then I was using my smaller and low capacity cards, hence I didn’t want to shoot any more videos! Add to that, I wasn’t even using a full frame DSLR and only shot one star trail during my entire trip.

So when I received this SDXC card for review from Kingston India, I knew running a bunch of benchmarks at home won’t do justice to this card. So apart from running synthetic benchmarks, in camera tests, file transfer tests, I also decide to test it out in field. Even though I visited the zoo on Sunday for couple of hours and only managed to shoot around 600 images (around 13.5GB), testing in field gave me a fair bit of idea about its strength and weakness. 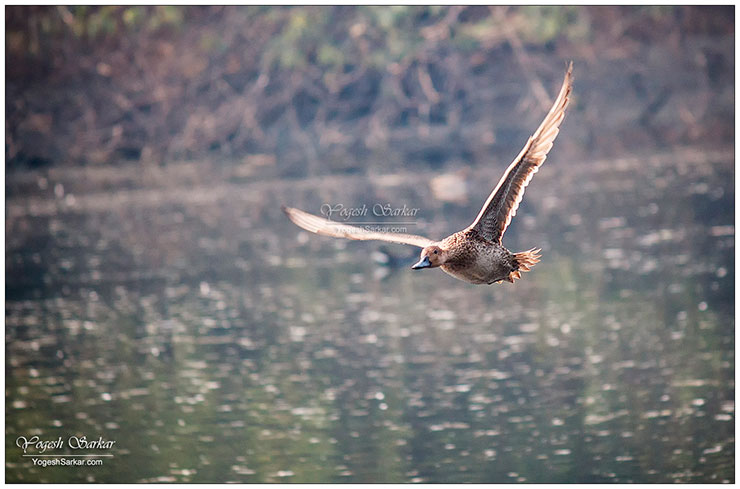 Female Northern Pintail, photographed with Canon 60D and 55-250IS.

For this test, I kept my Canon 60D DSLR without any lens and in manual mode with ISO bumped to 6400 (to produce larger files) and shutter speed at 1/640 and in high speed burst mode. Kingston Professional 256GB SDXC Class 10 card was then formatted in camera (low level format) and I kept the shutter button pressed till the buffer got full. Each RAW file came out to be 23.2mb in size and I did multiple runs of this test and averaged them out.

RAW Photos shot before buffer got filled: 17
Time to clear the buffer and write to card: 19 seconds

For this test, I used my USB 3 Memory Card Reader and copied a 13.5GB folder (containing 609 RAW files) from Kingston Professional 256GB card to my desktop’s SSD drive. Later I also tested the write speed of the card by transferring the same folder from my SSD (different location) to the memory card, here are the results:

For this benchmark I used CrystalDisk Mark 64bit benchmarking software and here are the results. Please keep in mind that for photographers and videographers, only the first result is crucial. Since cameras rarely write 512kb or 4kb files! 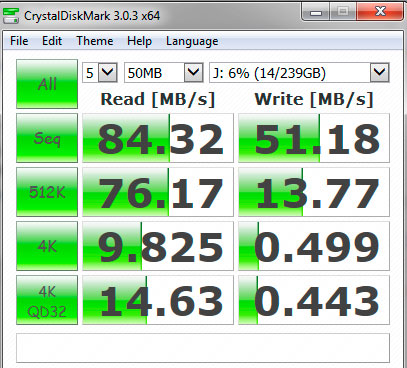 This is something I am writing about, because even though Kingston Professional 256GB SDXC memory card managed to beat 16GB SanDisk Extreme in each and every test (except 4k writes in Crystal Disk), for some strange reason, it was a little behind in camera burst test.

On a freshly formatted card, Kingston would be limited to 16 image burst and would take around 18.5seconds to clear the buffer. However on the second round (without formatting the card), camera was able to take 18 images and write those images to card in little over 19 seconds (around 1 second slower than SanDisk Extreme).

This leads me to believe that at least Canon 60D (which is a fairly old model), does have slight issue while handling high capacity cards and isn’t able to take full speed advantage of Kingston Professional.

To say I have fallen in love with Kingston Professional 256GB SDXC card wouldn’t be wrong, because I have. I not only love its insanely high capacity, I also love the fact that it doesn’t slows down after a few hundred images (which most 16GB cards do) and keeps on performing at similar speed.

Having said that, even with the advent of high megapixel cameras like Canon 5Ds with 50 megapixel images and 70-80mb RAW file size, a 256GB card for most photographers would be a bit of overkill, unless you are going on a long trip and thus do not wish to carry dozens of memory cards. However for those who love shooting HD videos with low compression, such high capacity and fast card is just the thing that is needed.

Price: Yet to be announced in India, US$171 on Amazon US.