Google as a company usually gets things right, however lately they have been taking steps which can’t be termed anything other than idiotic! 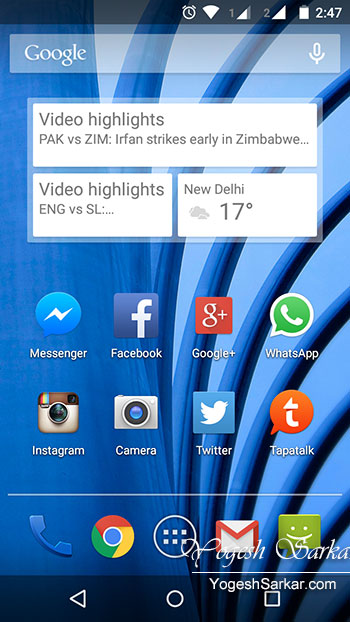 Be it Android Lollipop which screwed up my Nexus 7 2012 as badly as usual firmware updates from Samsung or Google Now, which seems to have a definite agenda to promote Cricket World Cup at any cost!

I mean what good is having option to turn off cricket updates in settings, if World Cup updates are in any case going to be displayed nonstop with scant regard for user preference?

I mean is it too much to ask for a widget to not display things you aren’t interested in, especially when it seems to provide the option to choose which updates you wish to see?

Or is it that Google has decided that it knows what is best for me, even though I being an idiot keep on removing those updates from widget?

Whatever it is, one thing is for sure, Google’s attitude at least in case of Cricket World Cup seem to be completely idiotic and racist (terming all Indians as cricket followers.) And even though I love Google Now and the fact that it displays updates from my calendar, email accounts, traffic updates and of course weather and does away with the need for me to install multiple apps. I can no longer stand the World Cup Spam Google Now is dishing out to me, wasting my time and bandwidth in the process. So I have decided to remove Google Now and replace it with a normal weather widget from a third party.

At least this way I wouldn’t have to remove half a dozen completely useless cricket updates to see weather updates every few hours!