There are places we are meant to visit, places which call to us repeatedly, yet we are unable to visit them, until the time is just right.

Something similar happened with me, when I tried to visit Warshi Village.

First time I tried my luck was in October 20014, 30th October to be precise. I was traveling alone in a taxi being driven by Dorjeychubi Inder (+919906971501). I wasn’t feeling well since morning, I had high fever and due to it, I wasn’t really in the mood for photography and I had taken only a handful of photographs since morning. Yet we tried to go further than Panamik Village, however we were turned back from Panamik Police Check Post. A few months later notification came, which allowed Indian tourists to travel up to Warshi Village.

Second time I tried my luck was on 29th June, this year. I was in a bad mood when we started from Hunder in the morning and although I had a Innova at my disposal, by the time I had reached Sumur, I just wanted to turn back and crawl into a corner and do nothing, except sulk.

So I started looking for excuses to turn back. Easiest was the fuel issue. Technically speaking, it wasn’t really an issue. Because we could have bought fuel in black if I really wished to visit Warshi. But that day, Warshi didn’t call to me and eventually we ended up turning back, just before Panamik.

During my recent trip to Ladakh, I had pretty much ruled out any sightseeing, beyond the second day, for focus was on completion of my novel. Eventually I managed to do just that, with 2 days remaining of my trip and was thus free to explore a little.

I initially decided to cover Diskit Gustor, which is a monastic festival of Diskit Monastery and called Dorjeychubi late in the evening to tell him I needed to go to Diskit tomorrow early morning.

After crossing Khardung Village next day, my mind drifted towards Warshi and I asked Dorjeychubi to take me there instead. We didn’t have any self-declaration forms left and if we were turned back from Panamik Check Post like last year, I would not only miss out on Warshi, I wouldn’t have enough time to cover the festival either.

However it seemed like a pretty easy choice at that time and I wanted to bet it all on Warshi. Maybe it was the lure of exploring a new area or Washi was finally calling me. Whatever it was, I knew I had to go for it, no matter what.

Like last year, we took the right diversion for Sumur after Khalsar and then went past Sumur Village, stopping en route for a little bit of photography. 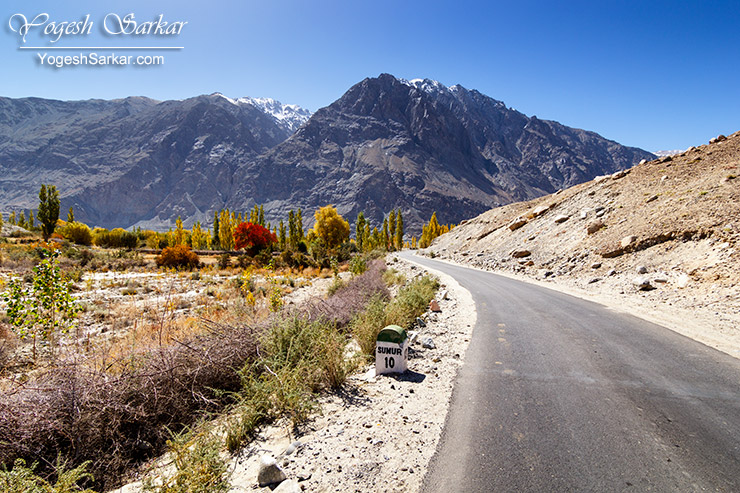 As we were crossing Panamik Village, we were stopped by a gentleman in a commercial number Scorpio, coming from the opposite side. He started talking to Dorjey in Ladakhi and Dorjey asked me the name of the village we were supposed to go to. For some reason he could never remember that name. I told that chap we were going to Warshi and he asked me to give him one of my ID cards, which I did. Thinking that maybe he was from the taxi union. He took a photo of my ID and told us to not to go to Siachen Base Camp and then told me to tell army men I was an engineer at the power plant being constructed on top of Warshi, in case we were stopped and then he went on his way.

When I asked Dorjey who he was, he told me he was a cop and told us to do that, because while State Government and Home Ministry had allowed Indian tourists to go till Warshi, army still stopped them for no particular reason.

Soon we went past the police check post at Panamik, where we were turned back from last year.

Only concern now was the army check post at Sasoma Village. Despite what the cop had told me, I wasn’t going to lie to anyone, even if we were going to be turned back for no good reason. We did however decided to push on without stopping, hoping to do photography on the way back and right now we were concentrating on getting as far as we possibly could.

At the army check post at Sasoma, we were let through without any trouble, just with a warning, not to go to Siachen base camp, which we had no intention of doing.

We were now completely free and drive was superb with views which were better than I had ever seen anywhere else in Ladakh. 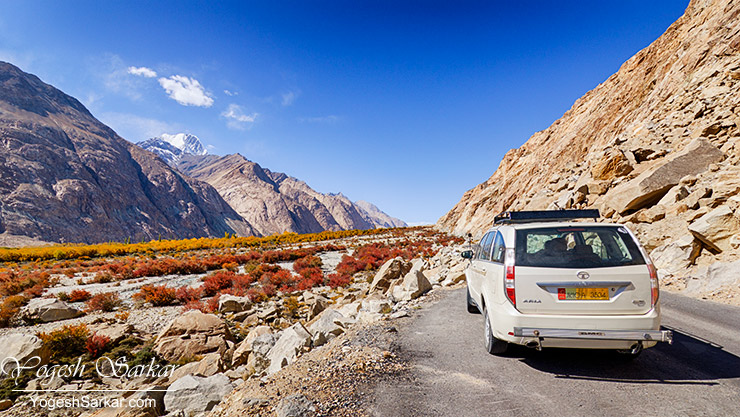 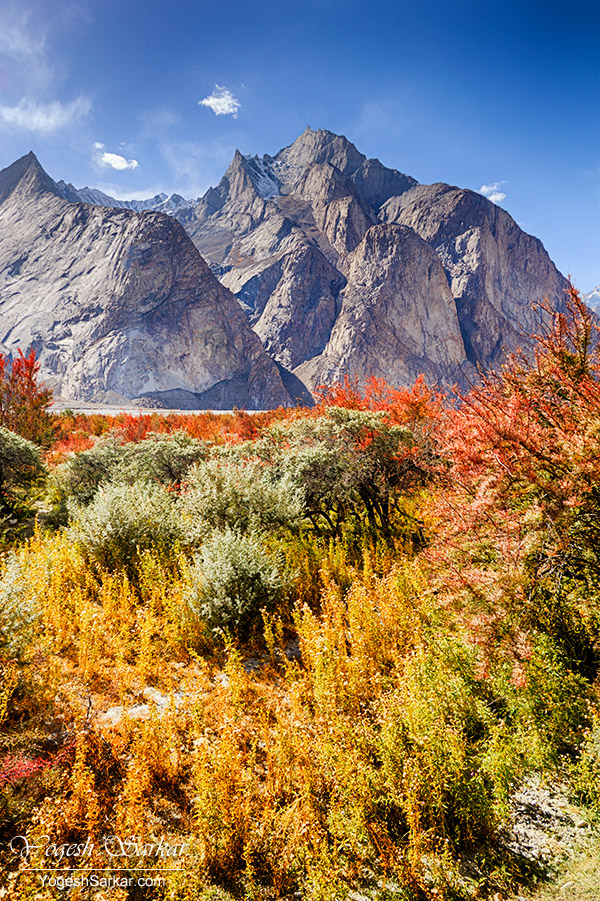 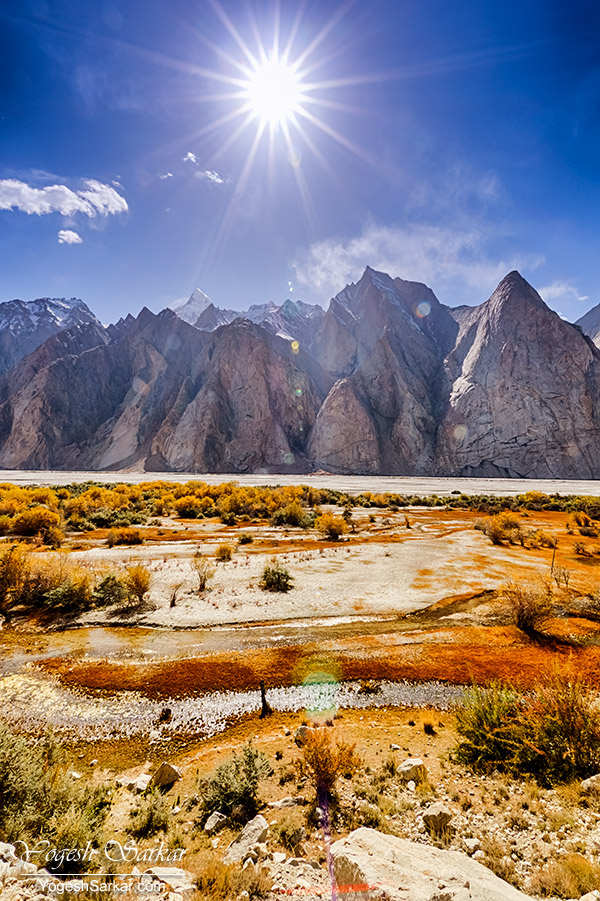 In fact mountains were completely different from anything I had ever seen before and I was completely amazed by what was before my eyes. The “One who watches of over Nubra”, the name I came up for, for this mountain. Had become the new feature and symbol for me, for this region. 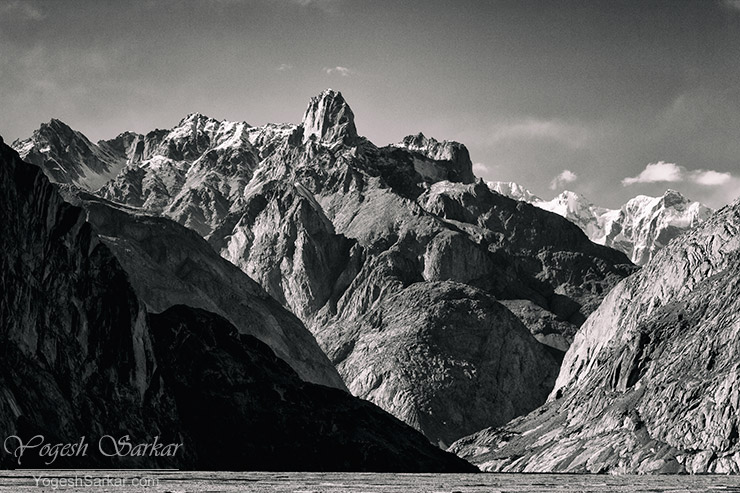 Then we came across Warshi, a small yet extremely scenic village and I had finally managed to reach the place, I had longed for, for over a year. 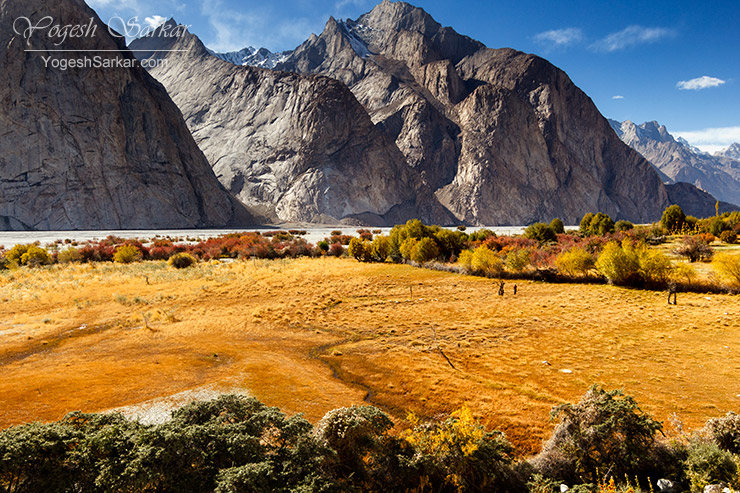 During my final dance with Ladakh, at a time when I could finally do justice to the valley I loved the most and she had finally revealed to me, her true glorious beauty and for the time first time in a long time, I felt I had done justice to her, photography wise.

All I could do was stand there with a look of gratitude on my face, tears filled eyes and thank you, on my lips, for the region I loved the most, in Ladakh, the one I had fell in love with, a decade ago…