There are times when one wakes up happy and excited with the knowledge that they will soon be in their lover’s arms, enjoying the serenity only love can provide.

I woke up today feeling the same and as I finished my packing, got ready and waited eagerly for the time of my departure, I sense of happiness kept my engulfed, even though I had to do last minute troubleshooting of BCMTouring due to an issue which had cropped up.

First I had to run some last minute errands, due to which I got late by around 20 minutes.

Then Uber cab failed to show up even after 20 minutes, even though he was hardly 5 minutes away from my home and I waited more than that outside my colony gate with my luggage.

Finally I had to hire an auto rickshaw; a good natured old guy enjoying old Hindi songs which I could barely hear due to loud noises and yet he could not only hear them, but was seem to be singing along. I on the other hand, tried my hand at taking a selfie (something I rarely do), knowing well enough that we were racing against time and there was a very real chance I was going to miss my bus or end up on the last seat. 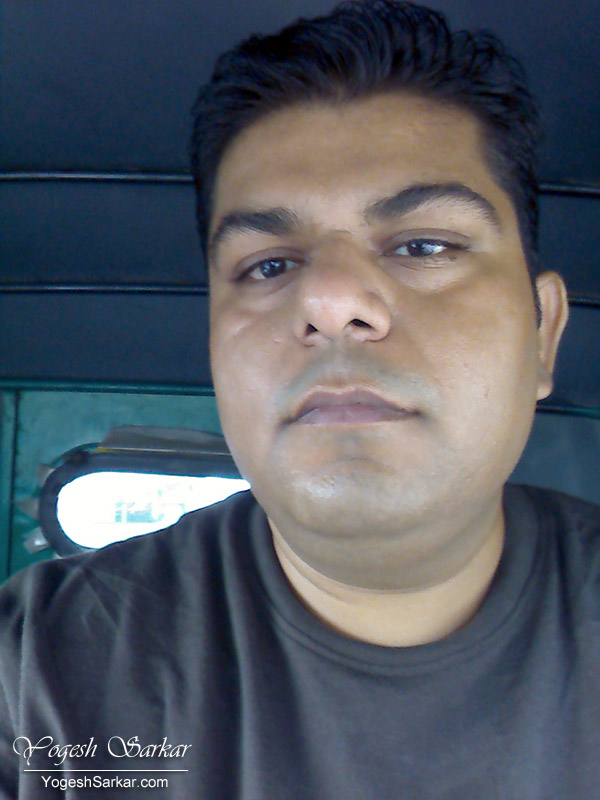 Once we crossed Dhaula Kuan, we encountered hell lot of traffic, thanks to this being the last weekend before Diwali and almost everyone was out on the road, shopping or delivering gifts.

Google Aunty came to our rescue and we got out of traffic jam and steadily made our way to Anand Vihar ISBT, while talking about politics! And I eventually reached there, with 10 minutes remaining on the clock.

Thankfully Munsiyari bus was still there and I happily took its photo. 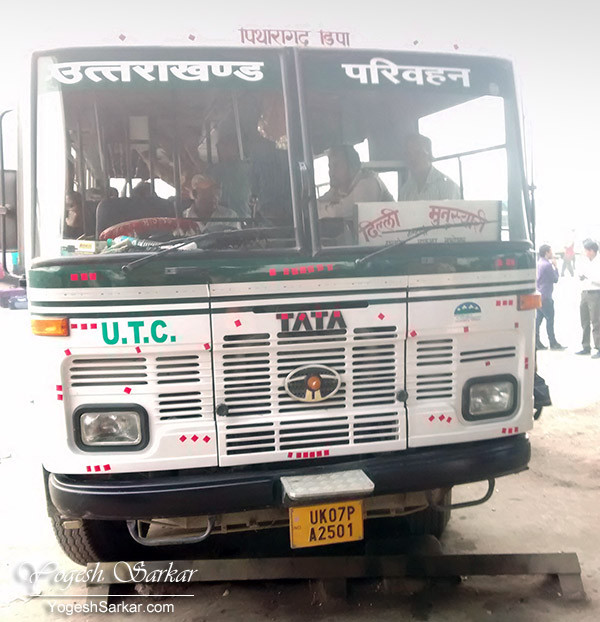 Then when I looked inside, I discovered to my horror, not a single seat was available! In fact that was the case with pretty much all the UTC buses heading in the same direction as Munsiyari bus.

Since it seemed impossible that I could catch Munsiyari bus at Haldwani or even at Bageshwar (hoping many passengers will get off en route), I switched to Plan B i.e. catch a bus to Pithoragarh and then take a shared taxi from there.

Seeing the sort of crowd that was building up and most of the buses were already occupied, I headed for the UTC booking counter, which had a long enough line already. Once my turn came (around half an hour later), I learnt they weren’t booking tickets for Pithoragarh and those tickets would only be sold in the bus itself!

I headed back to the point where buses bound for Pithoragarh and Thal were supposed to leave from.

Met a chap there from Pithoragarh and we started chatting, in the meanwhile a bus bound for Pithoragarh arrived, only it was already full! Turns out people were boarding it before it was docked in front of the ticket counter. When I went to the boarding point, I learnt that all the buses standing there, bound for Pithoragarh, already had most of their seats booked online. For the remaining handful, one had to wait for the bus at the ticket counter, along with dozens of others, who too were waiting for them!

I went back to ticket counter, hoping to book a bus for Tanakpur or Haldwani, hoping to catch taxi from there. Turns out ticket counter had been closed; all the AC buses meant for these places (for which they were taking booking) had already been booked.

In case of ordinary buses meant for Tanakpur, dozens waited impatiently in front of the only gate and as soon as the driver opened it, people start shoving others, be it young, old or ladies, in order to board the bus and head to their native places.

I hate shoving others, unless they shove me first and hence I backed off, let others get entangled in the melee.

Eventually I decided to head back home and hired another auto from outside; who didn’t wish to go by meter, but quoted a price which wasn’t much more than the actual fare, so I boarded it smilingly and finally got my rucksack off my back.

Plan then was quite simple; go home and book a ticket to Pithoragarh for tomorrow. If that couldn’t be done, I was planning to get my motorcycle serviced and ride her instead.

When I finally reached my home, 6 hours after I had left for Munsiyari, my trip was vetoed by mom and sis. Since I had to be in Delhi on Bhai Dooj and I couldn’t say no to that and happily rescheduled my trip to next week.

After dinner, it was time to head out for coffee and read some more of Anna Karenina and scribble my thoughts, before coming back home at 1am to start working on this blogpost.

While I am disappointed that I have yet again failed to reach Munsiyari (third time in the row), tomorrow is another day and my love for her is strong enough to not make me feel dejected in any way and I know, I will make it there soon. As soon as she wants me. Until then, I will keep trying. Even if each time I have to come back from en route.