There are movies which you know are going to be great, even before you step into the cinema hall and Bajirao Mastani is one such movie. 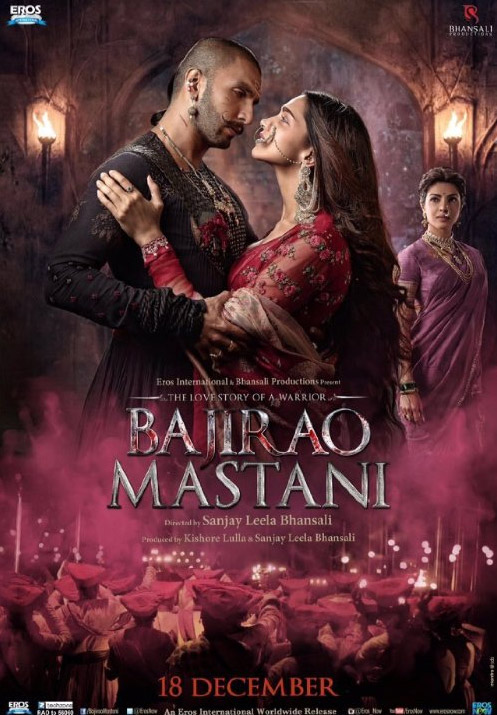 It is an epic love story between Bajirao Peshwa and Mastani, illegitimate daughter of the King of Bundelkhand, who leaves everything behind and risks everything she has to be with the man she loves, knowing fully well that she may never be accepted by his family or society.

Story of the movie is quite good and engaging, with an ending that will likely leave you in tears. However it is the acting of Deepika Padukone and Priyanka Chopra, which really makes the movie endearing. Even Ranveer Singh is great as usual, however is peppy attitude and come backs at times seem out of place, considering the role he is playing.

CGI are the worst thing in this movie, with 300 style graphics which appear more fake than real and really leave you wondering initially whether it is proper Bollywood movie or a B grade movie gone overboard with computer animation.

However apart from this, movie is well made and costumes and makeup does seem to take you back to the era movie is set in. With Priyanka Chopra looking absolutely gorgeous, after a long-long time and looks more beautiful of the two heroines, despite her age and that for an earlier fan of Priyanka like me, is a real treat.

Overall, Bajirao Mastani is great movie and definitely worth a watch. Going by the lack of empty seats and look on the face of rest of the audience at the end of the movie, I can safely say, it is a view shared by most. So go watch it.