On the evening before my birthday, we decided to have dinner in Connaught Place and while roaming around and checking out various options, decided to dine at Kinbuck 2, which is located in the outer circle, right next to McDonalds. Initially we had gone to Caffe 9, but due to not being able to get the table we wanted, we decided to head to Kinbuck 2 instead.

Kinbuck 2’s ambiance was quite nice and since we decided to dine at the balcony, where they had heaters (this was in the middle of December) to keep the guests cozy, while still providing a nice view of Connaught Place. 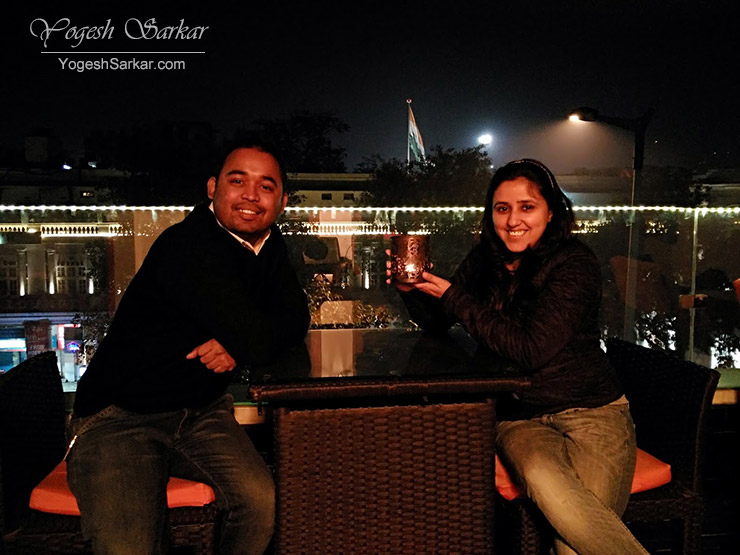 As far as food is concerned, pretty much everything we ordered was delicious and also in decent quantity. While assorted mushrooms with cheese and chilly oil were decent and honey chili potato good. Chimi Changa Veg (Mexican Spring Roll served with salsa and sour cream) was quite delicious and so were cottage cheese stakes. 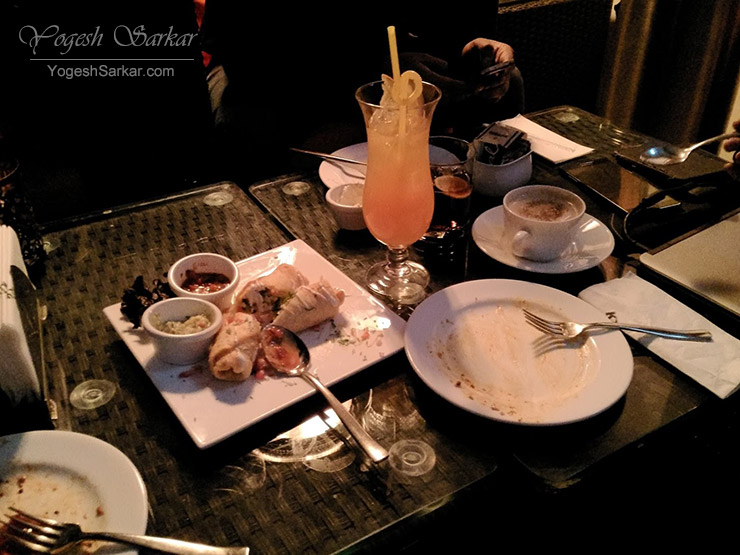 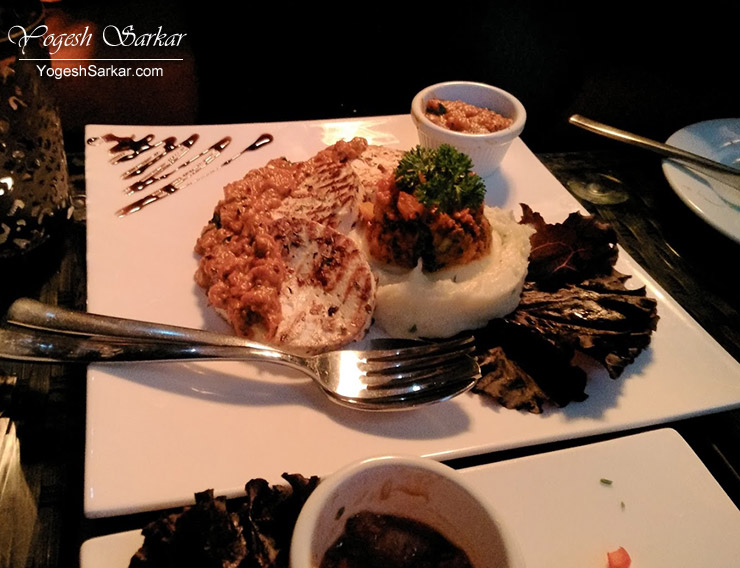 Service overall was alright, not too fast nor too slow and staff was courteous as well. But then again we were there during weekday and restaurant was less than half occupied. So service quality and speed may change during peak occupancy.

Overall we quite liked Kinbuck 2, especially since atmosphere was relaxed and there was no loud music, so we were able to talk to each other without any problem.

Price of food and drink too was decent and not too expensive, though happy hour isn’t applicable on mocktails and limited range of drinks.

Overall a nice and quiet place to have dinner at.