As 2015 draws to a close and I look back at what was the best year of my life, I cannot help but smile. A smile which has so many meanings than any other smile to have ever come to my face. 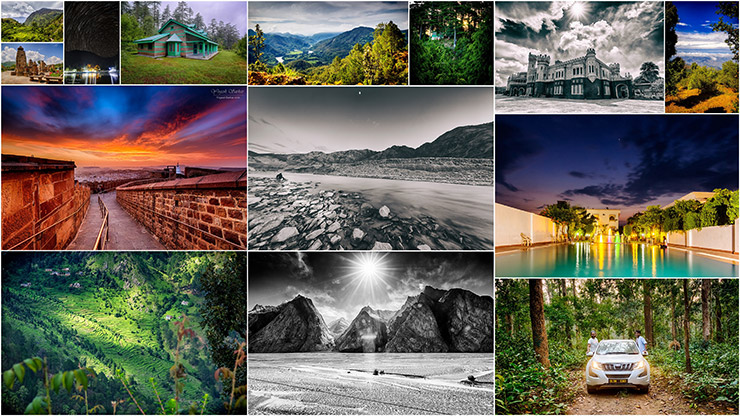 2015 began with the beginning of a travelogue of what was till that day, my best photographic journey to Ladakh and then was followed by the second wedding I photographed.

While everything seemed fine outside, truth was, things were far from rosy inside. A great BCMT National Meet in April, followed by another trip in the same month and a few great photoshoots.

Things in a way couldn’t have been going any better, but they weren’t.

Depression which had plagued me for over a year or maybe even longer, was beginning to take its toll and spiraling out of control. I had always been a loner and in a way always avoided company as much as I could, but I could no longer be alone and now I had no one to turn to. Old friends did step in eventually and so did my family, but it wasn’t enough. And even a gentle mountain breeze was enough to completely destroy the crumbling structures within.

Dad’s death a few years ago had broken me somewhat and so had 2 month long confinement to bed last year, but I had always been able to bounce back up and I never actually broke down completely. But this time I did.

I tried hard to rebuild the phoenix from the ashes, each time failing and seemingly falling even further into depression. Blaming myself, second guessing myself and just crying for most of the days, because I could no longer remain seemingly strong and nonchalant fellow that I had been for 32 years of my life!

I made numerous trips to find answers to my life; answers I already knew, yet had doubted and while traveling rebuilt my confidence somewhat and allowed me to finally be alone on my own, without completely falling apart each time. They weren’t enough and there were times, I completely gave up.

Pressure at home, death of maternal uncle and a heart which was seemingly never at peace, pushed me to the very edge and then, I died.

Well at least the will to completely give up died.

I also learned to be on my own; at home, at cafes, at bars, at restaurant and just about anywhere, without feeling lonely. Heck I even went to emergency room couple of times on my own, when the need came up, while keeping my cool.

I wrote my first novel, Love in Ladakh. Became guest speaker at an event and conducted my first travel photography workshop.

I also started multiple new projects, renewed and deepened my friendships and relationships with the people who stood by my side and believed in me, even when I gave up on myself!

Partied like crazy for the first time in my life, had fun and more importantly, got my sarcastic humor back after months!

Even though I have plenty of reasons to be bitter and angry and there are times when I am just that; but truth be told, that is just not who I am and nor do I wish to be. There is far more satisfaction in being open and considerate, even at the risk of being taken advantage of or being hurt than there is in being closed and unemotional. Because when you’re trying to put up walls by appearing to be unemotional, you’re actually being scared. And I for one would rather cry in front of millions or make a fool of myself by doing what my heart told me to do than risk closing myself off, in the fear of being hurt by being open. Because getting hurt is part of life and so is feeling lonely, worthless, sick, angry, sad, detached and a plethora of other human emotions, which we all have and yet we try to hide.

Plus there is far more happiness in being able to bring a smile to someone elses’ face or wipe away a tear, than there can ever be in any thing else in this world.

So each day I rebuild my phoenix little by little; there are days when I destroy parts of it or stop working, but I no longer give up. I get right back to it few hours later and start building anew. But I also make sure that what I am building is even though stronger than ever before, it isn’t a wall to keep out others or keep my emotions confined. Rather a strength to endure all that life throws at me and never give up, no matter what happens or how hard life becomes. For this might be the year I died, but it was also the best damn year of my life and I intent on making each year, better than this, till God feels I am ready to start with a clean slate and even at that time, I might just ask him for a few more moments to smile once again, wipe away a tear and cry one last time, while thanking him for the best time of my life…

The 14 travelogues from this year, half done solo and half with friends and group:

Three Knights, a Lady and the Chail Palace (Group trip)

Ladakh and Hemis Festival + AMG G55, a treat to die for (Group trip)

I go where God takes me (Solo trip)

Day Bengaluru gave me more than I could ask (Solo trip)

To the land of Maharajas, Jodhpur (Group trip)