I had heard about Fifty Shades of Grey a while ago; however I never really thought about reading it, until one fine day when talking with a friend just made me more curious about it. Then last week I watched the movie, which was fine and in a way, further fueled my curiosity and I decided to order the book. 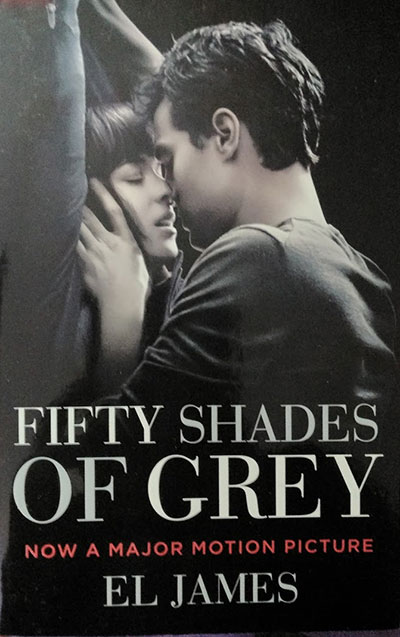 Having just gone through classics like Anna Karenina, Crime and Punishment, War and Peace and Nicholas Nickleby, Fifty Shades of Grey represented a stark contrast in not only the storyline, but also in terms of writing style.

50 Shades of Grey is simply written and is easy to understand and follow, even though it lacks the sort of emotions and depth classics had.

However E. L. James has a talent for narrating the story well, and is able to convey the feelings of protagonist, Anastasia Steele in a very fluent and free manner, which keeps the story light and easy to understand.

In fact I loved them so much, that I decided to order 50 Shades Darker and 50 Shades Freed, which form the trilogy.

Overall Fifty Shades of Grey is an interesting and a fairly easy to read and follow novel, which may not be to everyone’s taste, but isn’t as raunchy or absurd as most people who haven’t read it, make it out to be. Of course it is a hell lot better than the movie, which I guess most people base their opinion on.

Overall an interesting and light read, and I can’t wait to read the next parts of the trilogy.