The Wedding is the sixth novel written by Nicholas Sparks, that I have read and carries on the story in a way from The Notebook, since the protagonist of this novel, Jane is the daughter of Allie and Noah Calhoun, who were the protagonists of The Notebook. 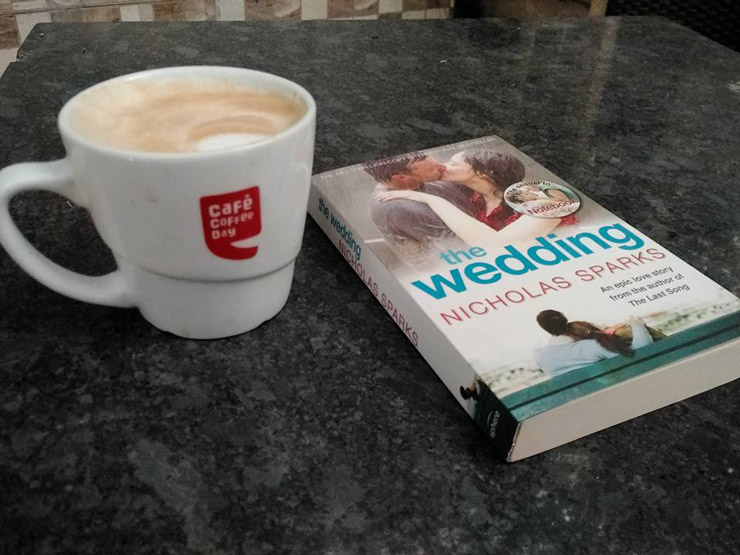 While there are several references to the story line of The Notebook, and it helps to have read that novel earlier, even if you haven’t, you can still go ahead and read The Wedding, since it is an entirely different story from that of The Notebook.

What makes The Wedding so special is the fact that while most love stories and novels are based on young love or people falling in love, this story centers around a married couple, who after 29 years of marriage, are seemingly drifting apart.

Till the protagonist of the novel, Wilson Lewis, decides to make amends, after causing great hurt to his wife, by forgetting their 29th wedding anniversary and attempts to become romantic and express his feelings, something he was barely able to do, when they first started going out and fell in love!

So this is a story of a couple, falling in love all over again with each other and a realization that in the end, nothing else really matters, except what we feel deep in our hearts.

As usual Nicholas Sparks works his magic with words and paints a beautiful picture with his simple and easy to comprehend writing style. But it is the ending that is the icing on the cake, and that in itself is worth going through this novel, even if it was boring or poorly written in the beginning, which it isn’t! Due to this, you end up enjoying this novel from beginning till the end and with the last plot twist, it is nearly impossible not to have a big ole grin on your face and tears in your eyes.

It is an amazing, yet light read (especially after all the classics I have read) and I would recommend it wholeheartedly. Especially to those, who seem to be in a relationship, where romance seems to have fizzled out. Since The Wedding can inspire you to reignite the passion and love, that first brought the two of you together…