When I walked into the theater to watch Independence Day: Resurgence, I had high hopes for the movie. After all the original Independence Day had been a favorite of mine, when it had come out 2 decades ago and I expected this movie to carry on the legacy pretty well. 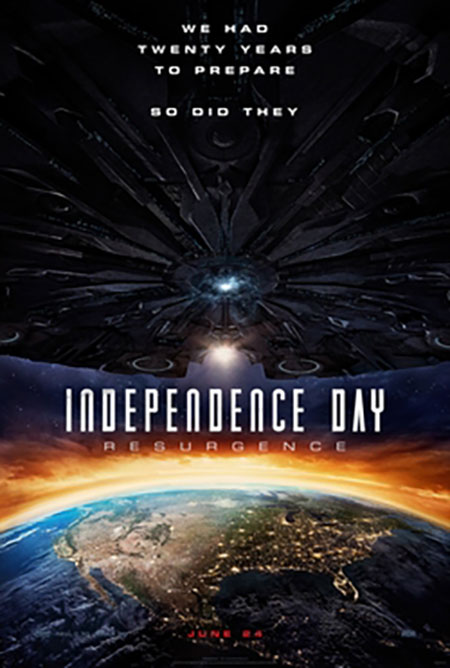 But it fell short. By a huge margin!

Firstly it is a continuation of the original movie, so if you do not remember the first one or haven’t seen it yet, you won’t be able to follow it.

Secondly, acting is off by a huge margin. Let’s face it, when the original Independence Day had come out, it had looked great by the standards of those time. Today acting in it feels a bit lame and in case of Independence Day: Resurgence, it is even lamer!

No actor in the movie is able to invoke emotions or anything of that sort, and due to it, it seems like a third rate sci-fi movie with good graphics, an ok storyline and bad direction.

Heck even the storyline has major chinks in the armor; for instance, instead of attacking Area 51, where pretty much all the fighter planes are based and is the command head quarter, aliens attack another base where President of United States is hiding with her entire line of succession, except a tired and old looking general, commanding Area 51! Though I did welcome the death of US President in the movie, because frankly speaking, she was way too dumb and boring, and couldn’t seem to act, even if her life depended on it!

There are various other errors that I could point out, though it will take away whatever little movie it is.

Frankly speaking, with the sorts of expectations I had for the movie, I came back thoroughly disappointed. Only saving grace was the fact that I saw the trailer of Star Trek Beyond, and I am looking forward to watching it, with high hopes, that it won’t be a disappointment like Independence Day: Resurgence.