As I look out the hotel room window in Dharchula (Uttarakhand), I see a dog, a Spitz, across the street. Coming out of his home and heading towards the street.

There is a young man sitting outside on steps, just beyond the outer gate, in his early twenties. He sees the dog coming outside and swings his leg towards him, pretending to be kicking him, in order to scare him off.

Dog stops dead his tracks, takes a few steps back and looks back towards the man who just tried to kick him.

While the fear has stopped the dog momentarily from achieving his goal of going outside, the dream and determination to make it outside, is still alive.

He takes his time and slowly inches towards his goal.

Other living in the household pass him by, some choosing to ignore him, others acknowledge him affectionately and one teen even tries to scare him.

Yet, he holds his ground.

A young kid comes running towards the house, he pats the dog and calls him, as he runs inside, cheerfully.

Dog turns around, and looks inside the house. He is tempted to follow the kid, after all, that kid seems to love him quite a bit. Yet he does not goes inside, he stays there wondering what to do next and finally, turns around and walks a little closer to the outside door, near the man on the steps.

Man on the steps is busy talking to someone on his mobile phone.

Dog sits less than a feet away from him, just outside the gate and looks towards the street. 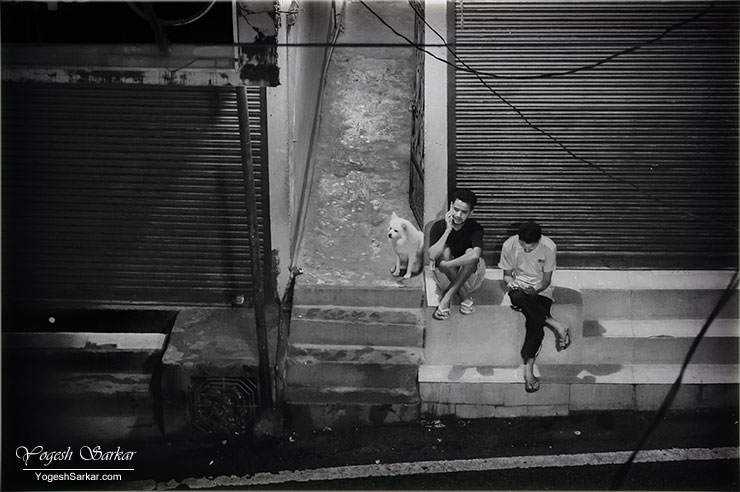 Dream lives on, only this time; he is much closer to achieving it.

I close the window and settle down on the only chair in the room, and begin working on my own dream…