Ladakh is one of the most beautiful places in the world and yet; it’s harsh, cold and unforgiving landscape ensures that it remains land locked for several months each year due to the road getting buried under several feet of snow during winter. Little wonder then, people and vehicles line up each year in May and June to be amongst the first visitors to visit this land locked beauty, as soon as the roads open up.

However as the season wears on, tourist traffic begins to wane and by end of September, all but a few tourists can be found exploring Ladakh on wheels. In October, numbers drop even further as the temperature inches towards subzero level, announcing the impending arrival of harsh winter. And yet, Ladakh holds in bosom a gift so beautiful for those lucky few who dare to visit in October; the beautiful autumn colours of Ladakh. 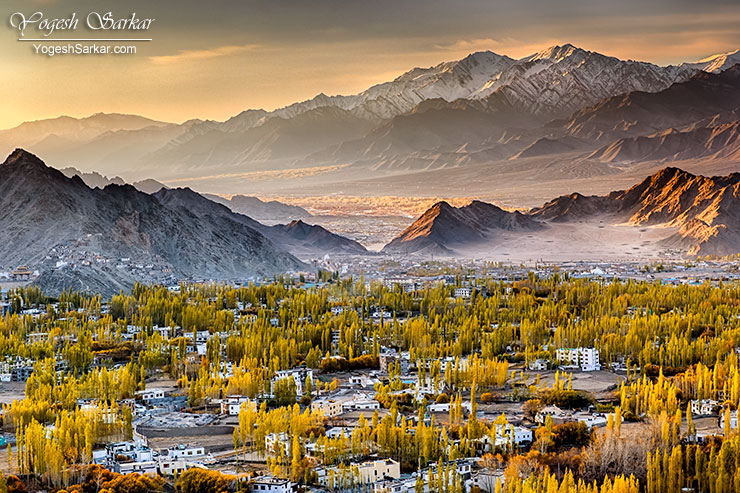 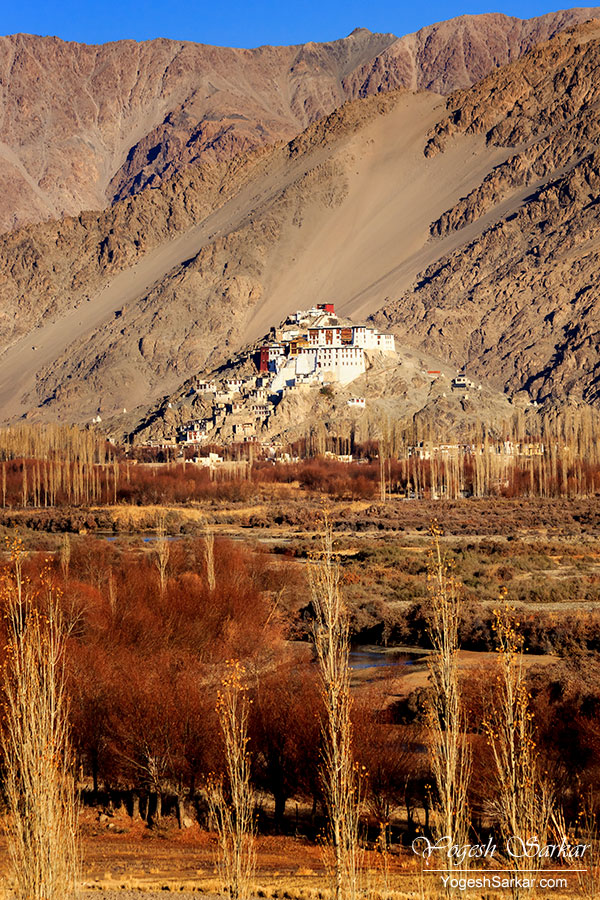 These colours alone are enticing enough to lure you to Ladakh in autumn, even if you set aside the unique experience of exploring Ladakh at a time when few tourists are around, giving you ample opportunity to enjoy solitude of this beautiful landscape, even at places like Khardung La. So much so, that I visited Ladakh twice in October. 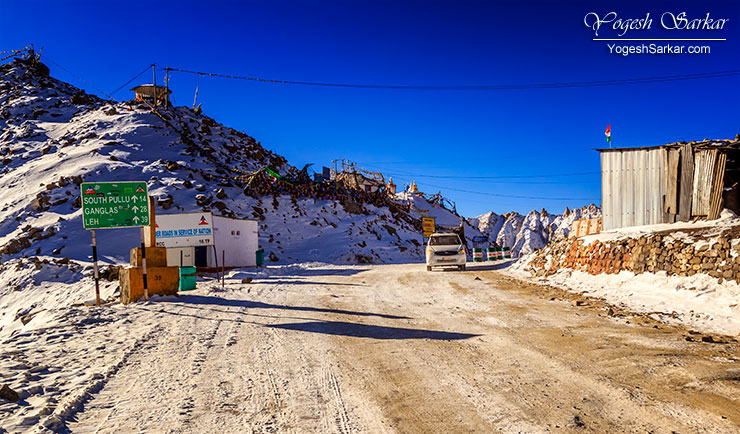 Of course traveling to Ladakh during October is not without its unique set of challenges, which I will explain below. And if you too are planning to visit Ladakh in October, my recommendation would be to go through these points and then decide whether or not, Ladakh in October is for you.

October is the time when high altitude passes start receiving snowfall on somewhat regular interval, at times closing the passes for a few days. While majority of the roads remain open, few are impacted by this regular snowfall and either become risky to navigate at time or close down completely. These are:

Manali – Leh Highway: It is kept open officially till middle of October by BRO, at times even longer. While Manali – Leh Highway remains open for vehicles far beyond October, dhabas and camps start packing up around first week of October and by middle, only a handful of dhaba tents remain. Once the BRO officially declares Manali – Leh highway closed for the season, pretty much all the dhaba tents wrap up their operations and bus service between Manali and Leh is stopped for the season. Add to that, if you get stuck somewhere due to snowfall, accident or vehicle breakdown, chance of getting timely help is minimal, especially considering relatively few number of vehicles plying on the road and lack of mobile phone connectivity. Essentially, if you travel after middle of October on the Manali – Leh Highway, you at so on your own risk.

Wari La: It is a non-essential pass for the army and BRO and thus minimal effort is spent to keep it open. Its closing date is determined by heavy snowfall, since if it receives heavy snowfall in October, it is unlikely to be reopened by authorities again.

Zanskar Valley: Pensi La is another pass which closes during October. And since there is only one operational road in and out of Zanskar Valley at the moment, it leads to complete severance of road connectivity between Zanskar and rest of India.

Thanks to dwindling tourist numbers, lack of workers and high operational cost, vast majority of hotels, guest houses and restaurants in Ladakh close down during winter and process for this, begins from the first week of October. First to go are the numerous camps and dhabas at Pangong Tso and on Manali – Leh Highway and then hotels and restaurants in Leh and other places shut down by middle of October, leaving only a handful open for rest of the year. While it isn’t like you won’t find shelter or food, choices are fewer than in season and finding accommodation at Pangong Tso and Tso Moriri extremely difficult, barring a handful of home stays.

Even though October is autumn season in Ladakh, temperature is far less than what is witnessed in Northern Indian plains. Hence it is best to pack enough warm cloths and dress in layers, in order to keep warm.

In the end, traveling to Ladakh in October can be a joyful experience, provided you keep the above points in mind and prepare accordingly for an unforgettable trip to the golden hues of Ladakh. 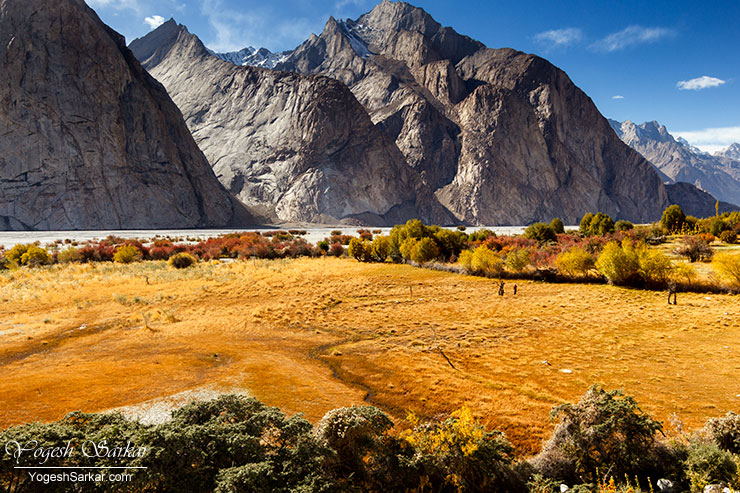