Prime Minister, Mr. Narender Modi has today declared that from midnight tonight, Rs. 500 and Rs. 1,000 notes have been discontinued and would no longer be acceptable for transactions (source).

This has supposedly been done to ensure black money comes out in the open and fake notes are done away with. 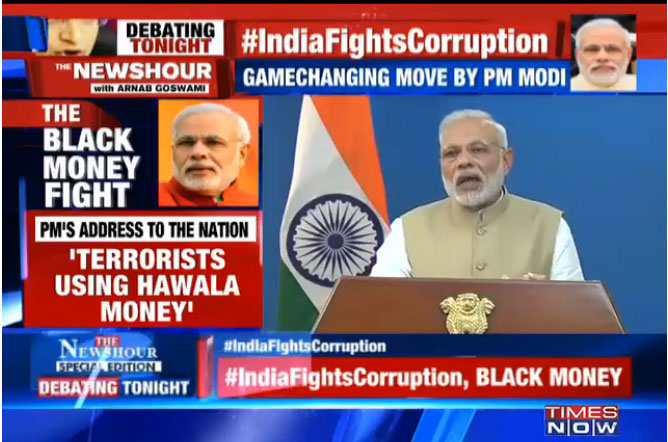 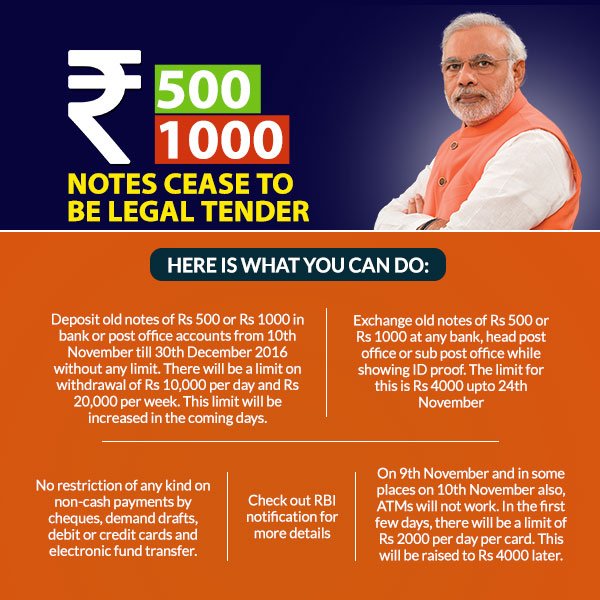 It is a well thought out move.

However, I believe, abruptly implementing this in a matter of hours is an extremely bad move.

For a long time, the vast majority of bank ATMs in India have been dispersing mostly Rs. 500 and Rs. 1,000 notes. Yesterday, I had withdrawn Rs. 3,000 from an ATM in Uttarakhand during my trip. All the notes I had received, were of Rs. 500 denomination.

These are no longer legally acceptable from midnight tonight!

Tomorrow I have to buy groceries, milk and other daily need items from the market. Same would also be true for the day after tomorrow. All this is done in cash.

Yet, less than 10% of the cash we have at home (which thankfully isn’t much), consists of Rs. 100 and lower denomination notes.

You may not be as lucky as me!

ATMs will not work tomorrow and day after tomorrow. After that, you will be able to withdraw Rs. 2,000 per day.

Considering I am going to Pushkar on 11th night, it means I have to do this trip, with just Rs. 2,000 cash.

Those already out on the road will be in a much worse state for the next couple of days. Unless they are staying and eating at places which accept card payments. The majority of the budget places, do not.

I am not even beginning to think about the lines one will come across while trying to exchange money at banks. That is something to ponder about at a later stage.

Right now, we need to think about the daily basic needs. And the coming days, aren’t going to be easy for an average middle class Indian.