During my recent trip to Pushkar Camel Fair, I had, for the first time, the unfortunate experience of dealing with Rajasthan State Road Transport Corporation.

An experience I wish I never had. An experience which cost me my hard earned money and peace of mind. And left me with a bitter and tiring experience. So much so, that at one point, I thought about never revisiting Rajasthan ever again.

After all, who wants to visit a state where tourists are put through such a harrowing ordeal and treated in an extremely rude and insulting manner?

Here are 5 reasons why, I, and neither should you, ever take an RSRTC bus ever again, in our life!

RSRTC believes in cheating its customers: We had booked a semi-deluxe bus from Delhi to Pushkar. However, the semi-deluxe bus never turned up. Instead, we were either told to cancel the tickets online (which can only be done an hour before the journey) or board the cheaper express bus to Ajmer and then take a local bus from Ajmer to Pushkar. Take it or leave it. They didn’t even refund the cost difference between the two bus tickets! 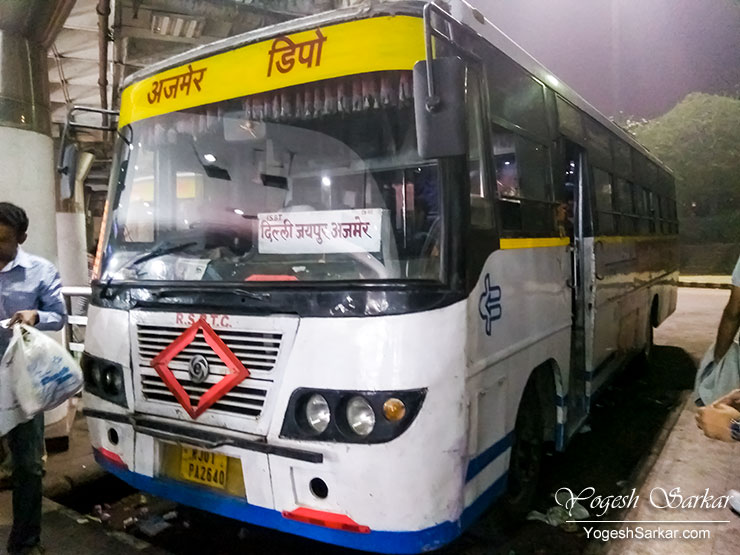 During our return journey from Pushkar, their semi-deluxe bus broke down at Jaipur. We were once again told to board the express bus or cancel online (which can’t be done). When we asked them to upgrade us to Volvo and charge us the difference, they rudely refused. Apparently, you can be downgraded by RSRTC. But can’t opt for the upgrade, even if you agree to pay the difference. Eventually, we had to pay full price for RSRTC Scania bus tickets. Even though we had tickets for semi-deluxe bus from Pushkar to Delhi and we had only traveled from Ajmer to Jaipur, thanks to goof ups by RSRTC (more on that later.)

RSRTC believes in insulting its customers: If you’re planning to deal with RSRTC, then better leave any sense of self-worth or respect at home. Their staff is extremely rude. And believes in shouting at their customers, and even calling them names, that too in the presence of ladies! If you believe this is only the case with express and semi-deluxe counter staff. Then visit the booking counter for Volvos and Scania in Jaipur. If in case you want to be insulted furthermore, visit the duty officer at Jaipur bus depot. He will gather few of more of his colleagues and begin insulting you and shouting at you.

A group in Delhi with ladies in it (they too were heading to Pushkar) was harassed so much by RSRTC officials. That one of the ladies had to actually call the cops to get these guys to start talking sense!

RSRTC buses are in extremely bad condition: RSRTC buses, be it the normal express service or the semi-deluxe or the expensive Scania/Volvos, are in bad condition. The semi-deluxe bus we boarded, had a clutch issue from the beginning and staff knew about it. Seats too were in poor condition and half the seats would not stay in their place would recline automatically. 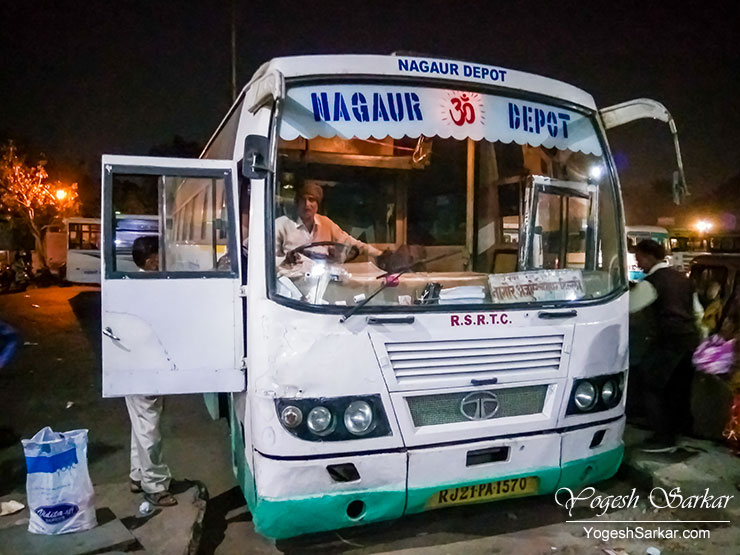 Their expensive Scania bus (same level as Volvo and Mercedes) too was no better. From serving some local bottled water to non-functional overhead lights and AC vents, these were just a few of the issue plaguing their luxury bus. I was genuinely afraid of it too breaking down in the middle of the road. Especially after knowing that they will once again ship us in an express bus, if in case that happened and won’t even refund our money.

RSRTC changes routes without informing customers: The semi-deluxe bus we were supposed to board from Pushkar and had booked online, was never supposed to come to Pushkar due to fair! Thankfully we came to know about this from RSRTC staff at Pushkar bus stand. We were neither informed about this change while booking or after booking via SMS or email nor were we provided with an alternate source of transport till Ajmer. Instead, we had to take a local bus from Pushkar to Ajmer and then wait for the bus to get there. Bus too was running more than an hour behind schedule and yet, there was no announcement of the same. The information desk was clueless almost till the end.

RSRTC hordes tickets: While we were in line to book 1am RSRTC Scania bus from Jaipur to Delhi, 3 people ahead of us (a guy and two ladies) were denied tickets, stating all tickets had been sold out and not even a single one was available. When we approached the duty officer at Jaipur bus depot (he had by then started talking sense, after my lady friend intervened) stating we couldn’t follow his advice of booking the Volvo with our own money as tickets were sold out.

He called the deluxe ticket counter. When we went back there again, we were sold 2 tickets. Another gentleman was sold a ticket in front of us as well. Eventually, the bus left Jaipur with 1 empty seat. While those 3 people not getting tickets worked for us. However, considering the next luxury bus was at 5am. I couldn’t help but feel sorry for them and was disgusted by this behavior of RSRTC staff. 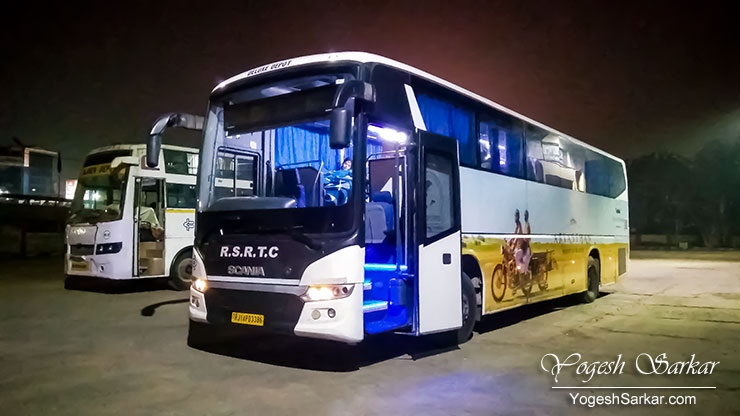 I have traveled extensively in Himachal and Uttarakhand in buses. Sure enough, government run buses aren’t that great. The staff at times is rude as well. However, I have never encountered such pathetic behavior and service as that of Rajasthan Road Transport Corporation!

RSRTC out rightly cheated us of our hard earned money and put us through a harrowing experience, which left a bitter taste in our mouth.

One thing is for sure, the next trip I plan isn’t going to be to Rajasthan. In fact, I will think twice about planning any future trips to Rajasthan. And I will never, and I do mean never, book another ticket in Rajasthan State Road Transport Corporation buses. And if you too don’t want to lose your money, patience and be insulted while traveling, you too shouldn’t take RSRTC bus.

Because frankly, travel is supposed to be fun and a stress reliever, and you won’t likely have that in an RSRTC bus!