I recently switched to Excitel, after using Airtel DSL connection for past few years.

While Airtel’s uptime, speed and support have been great. Low FUP limits and high cost made me look for alternatives. Especially since I exhausted 100GB of my 120GB FUP limit in 7 days, after binge watching Amazon Prime.

My initial attempt to reach out to Excitel using their online contact-us form had been unsuccessful. So this time around, I decided to call their local rep. who had stuck a flyer of theirs on an electricity pole.

Thanks to my research, I had already found out that Excitel is a local internet service provider, who depends on local cable operators for last mile connectivity and support.

Since internet connection is delivered in the form of a LAN cable, you need your own Wi-Fi router. I bought a TP-LINK TL-WR841N router from Amazon. It is a cheap and easy to configure Wi-Fi router, which can be secured easily and you can install third-party firmware like OpenWRT.

Cost
Major benefit of going with a local player like Excitel is the cost. With Airtel, I was paying Rs. 2,298 (including taxes) a month for a 16mbps connection with 120GB FUP limit. After I used to cross FUP limit, speed would reduce to 0.5mbps for rest of the month.

With Excitel, I am paying Rs. 799 (including taxes) a month for 20mbps connection with no FUP or download limit! However, in case of Excitel, a month = 28 days. 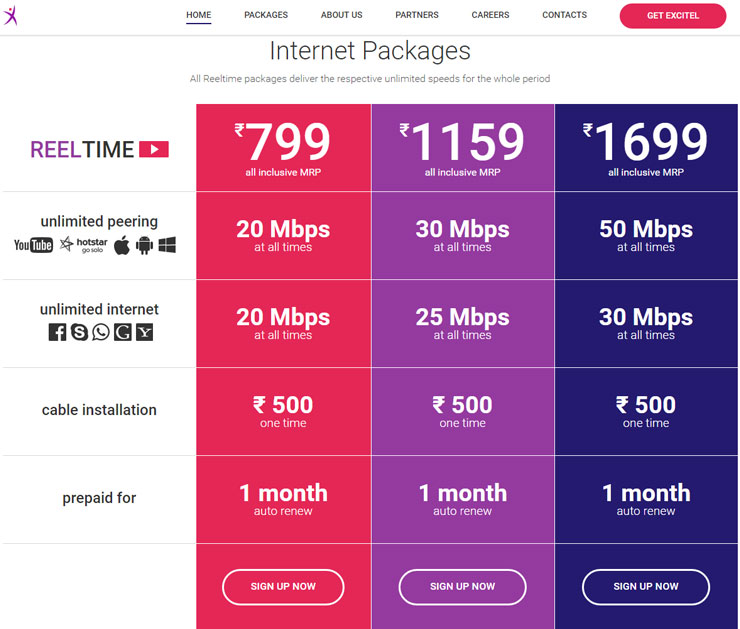 Installation of cable was done in a typical LCO fashion.

I had to literally force the LCO employees to route the cable correctly, and not behind the outdoor unit of my split-AC!

No cable management whatsoever inside the house either, so that is something I will have to do on my own.

In comparison, Airtel had done a wonderful job not only inside the house, but also outside.

Connectivity
Installation done, it was time to test out the connection, before retiring my Airtel ADSL router to the confines of the cupboard. Thankfully in this regards, Excitel didn’t disappoint, at least at that point.

It’s been 15 days since I started using Excitel connection, and I have used it and tested it with pretty much everything. And I have to say, results are mixed.

Let’s start first with a typical Speedtest.net test, using Excitel’s own speedtest server. As you can see, I got almost the exact speed my plan offers.

Next up, I ran a test against Reliance Communication’s Chennai test server.

Then I tested it with a test server based in London.

And then with a server in New York.

After this I tested my connection speed using Fast.com, which is a speed test hosted and run by Netflix. 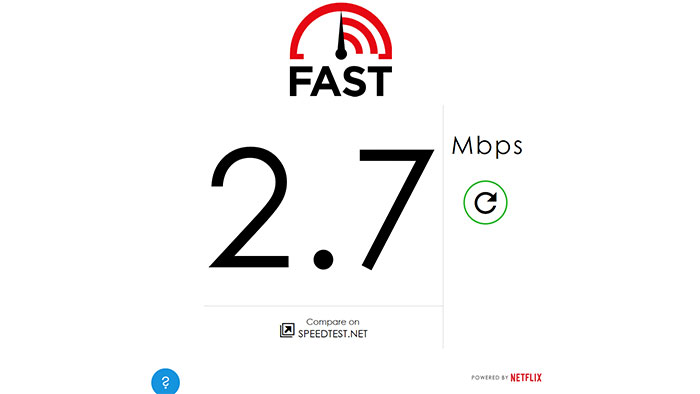 As it is apparent from the tests, as long as you’re accessing content from servers located in India or even UK, connectivity is blazing fast. However, with America, connection speed reduces drastically.

However, this is the case with pretty much all internet connections, be it in India or across the world. Though, bigger providers like Airtel manage to provide more consistent results. Especially in case of Fast.com test. In which my Airtel connection had topped out at 16mbps!

Biggest surprise for me came in the form of Torrent speed test. Which I had to test multiple times to ensure I wasn’t getting incorrect result.

Because on my 20mbps connection, I was getting over 40mbps speed while downloading torrents! 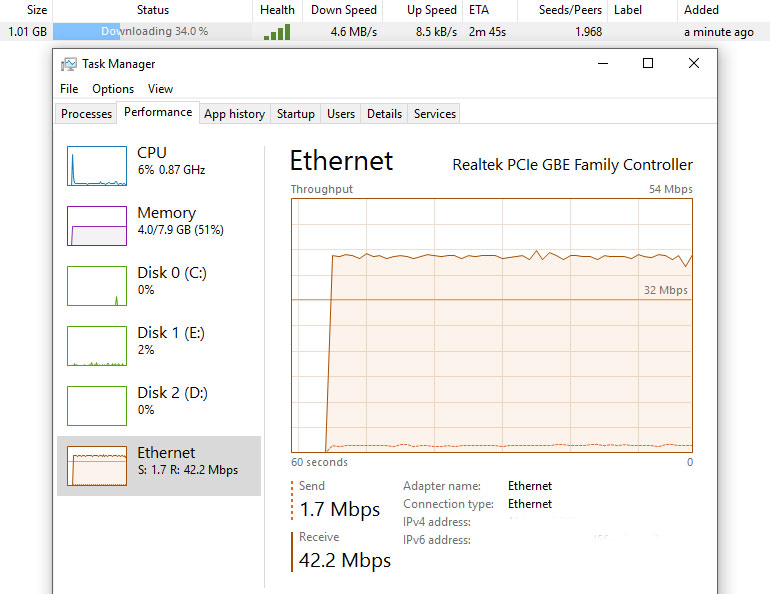 I can easily download a 1 GB file in 4 minutes, as long as I am using a torrent! This is great for those people, who use torrents regularly.

Streaming
What matters to me is the streaming speed and quality, since I use YouTube, Amazon Prime, Hot Star and Ditto TV on a regular basis.

With YouTube, there is no speed issue at all! It is blazing fast, and even while uploading a file to YouTube, I can max out my connection speed. 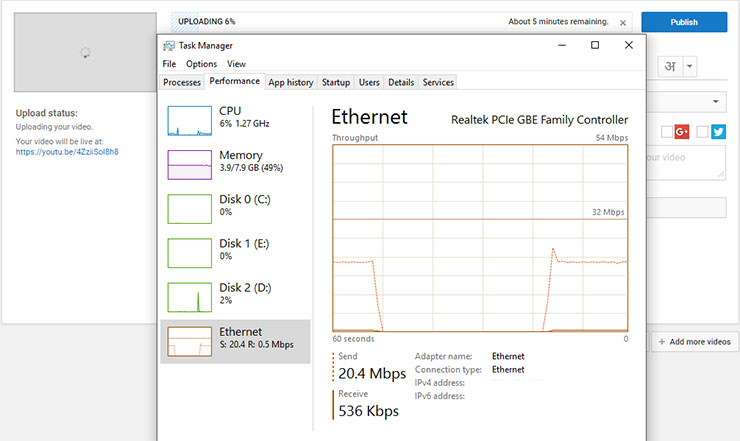 Amazon Prime on the other hand is a mixed bag. In a bid to provide buffer free viewing, it rapidly changes resolution. So usually I end up watching videos in 720p or lower resolution, rather than in 1080p. Hopefully this will change, if and when Excitel starts peering with Amazon.

Gaming
The only online game I play is Age of Empires Castle Siege and it works flawlessly. So I cannot comment on its gaming performance. However, from what I have read online, Airtel is a better bet if online gaming is a priority for you.

Downtime
In the last 15 days, I have faced major downtime only once. When electricity outage for 4 hours occurred in our area and after about 2.5 hours, Excitel connection stopped working. Even though I complained to their call center, and they forwarded the complaint locally. Connectivity was restored only when the power came back.

Leading me to believe that they have limited power backup at LCO. And he needs to keep the equipment at his premises up, in order for internet connection to work.

Apart from this, at least once a day, I lose internet connectivity for a few minutes. It almost seems like their DHCP server releases the IP and then takes sweet time renewing it.

Customer care
This is one area where they need to improve ASAP!

When the sales rep came to pick-up the documents for connection, I told him about this issue. And he managed to get the password changed.

Also when I had used their contact-us form on their website couple of months ago, there was no response from them. Their Twitter account is inactive as well. Only their FB page seems active and it seems the best way to contact them is over the phone.

Conclusion
In the end, Excitel is a great option for those who don’t wish to pay through their nose for fast internet access speed and a lot of data usage. In fact in the last 15 days, I have used more than 150GB!

Being a local player (they are only available in Delhi and few parts of Gurgaon, Noida and Ghaziabad), they have limited resources and are dependent on local cable operators for last mile operations. This means, user experience can change a lot, depending on where you are located. However, this should only matter in case of any local connectivity issue or during the initial installation.

So far, I am enjoying my time with Excitel. And despite a handful of issues, they seem alright. And I hope, they will improve in the days to come.