Travel and technology have become inseparable these days. Even though, there are times we love to get away from all and enter incognito mode. Truth is, irrespective of whether we are going for a touristy holiday or a journey of self-discovery, we need technology.

However, keeping all the technology we carry, powered on during our travel can be equally challenging. From slow car chargers to non-functional charging points in buses and trains and at times, a complete lack of charging points altogether. Charging devices and keeping them running 24×7 can easily become a headache.

This is where the Power Banks come in. 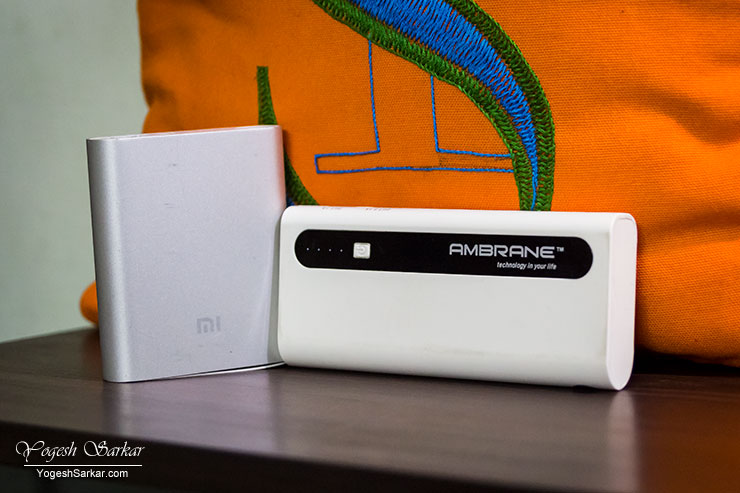 I have been using power banks for more than 5 years and they have been a real asset, irrespective of whether I was traveling or was using them in my own city or at times, even at home!

During my recent trip to Ladakh, I made the most of my power banks. Even though I was carrying a Belkin car inverter and traveling mostly in taxis.

Because even though 200W car inverter was more than enough to not only charge my mobile phones, cameras and keep the SJCAM running throughout the day, it would only work, as long as the car was running. As soon as the car engine was switched off, car inverter would switch off as well and that in turn caused the SJCAM to stop recording video.

Due to this, I kept my SJCAM plugged into Ambrane 13000mAh power bank, and it was enough to keep it powered on for 8-9 hours with Wi-Fi. While Mi 10000mAh power bank was kept for backup or for charging the mobile phones.

Similarly, on a photography outing with a friend, power bank saved the day. Since she didn’t have a spare battery and Sony A6000 could be charged with power bank through its USB port.

More and more camera manufacturers are coming out with cameras and chargers, which can be charged through USB i.e. also through power banks. And there are aftermarket chargers available for most existing cameras, which will allow you to charge their batteries with the help of a power bank.

During my trip to Pushkar, I used USB LED light to illuminate the bathroom, when power went out and I had to take a shower, before heading out for the camel fair.

After this experience, I am now planning to buy a portable USB Fan before summer, so that I can get at least some relief during my backpacking trips in local buses.

All in all, I think power banks are likely to see their usage increase overtime. As we become even more dependent on technology, and use it for cashless transactions as well.

So for me, a power bank is an essential travel companion, one I am unlikely to travel without. What about you?