Yesterday I went to India Art Festival being held at Thayagraj Stadium.

While I have been to art exhibitions earlier, this is the first time I went to an Art Festival. And I wasn’t disappointed! 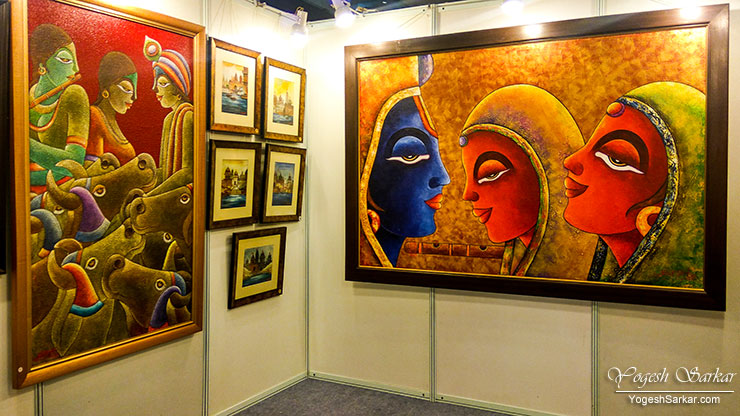 We went to the India Art Festival on the last day and that too in the evening, so a handful of exhibitors had already taken down their stalls and a handful of others were in the process of doing the same. Even though there was still couple of hours remaining in closing time.

Nevertheless, majority of the exhibits were still up and it is quite inspiring and fascinating to see art from the current generation of Indian artists, as well as various art forms currently popular in India. 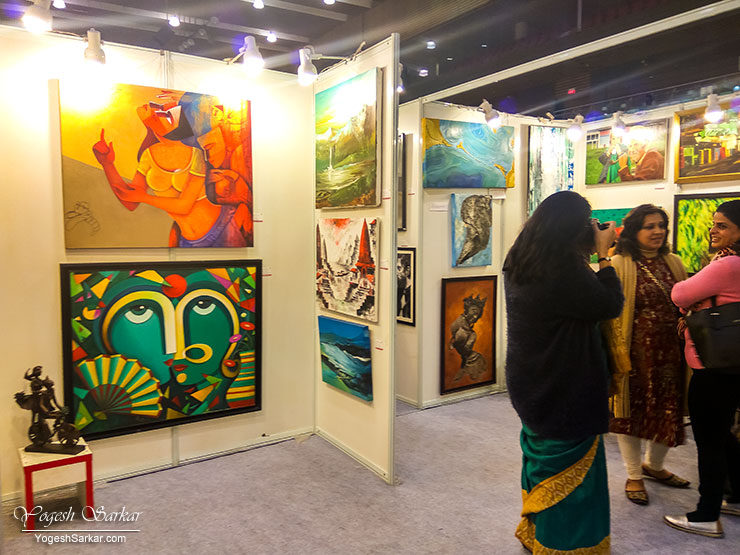 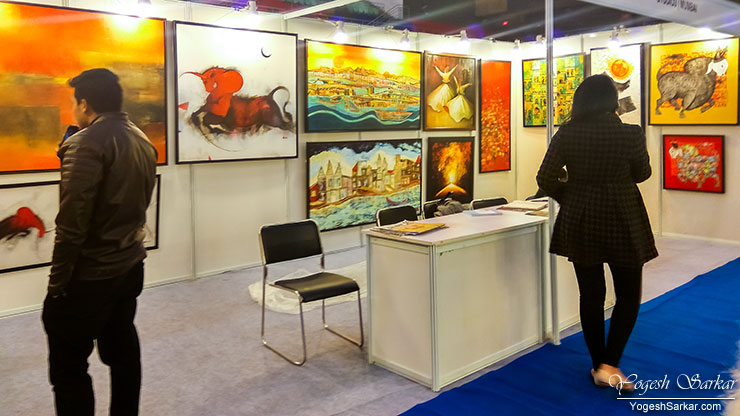 India Art Festival mainly consisted of art galleries, both Indian and International, showcasing some of the best art they had in stock from various artists.

Only a handful of individual artists were there, along with couple of art supply sellers, which funnily enough, attracted the maximum crowd.

Overall it was an amazing evening well spent, especially since we wrapped it up with some delicious samosa and dahi ke shole at INA market, followed by a house party.