Anyone who has seen Leh and Ladakh change over the years would agree that even though tourism has led to better livelihood for locals and migrants alike, it has resulted in a negative impact on the fragile ecosystem of Ladakh. 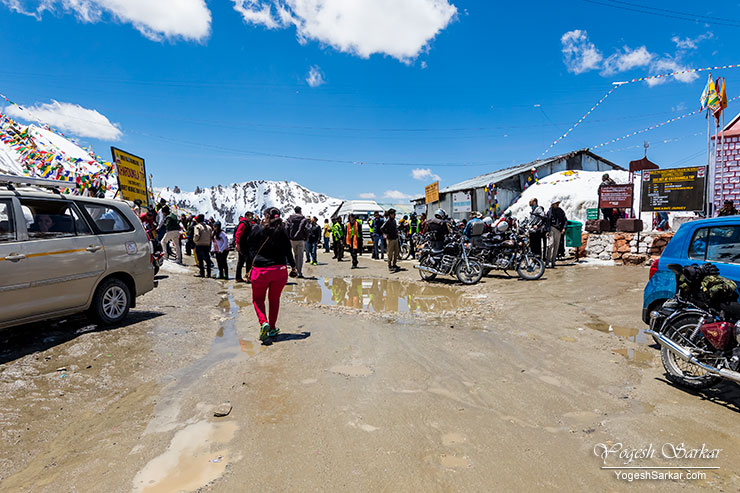 Today LAHDC (Leh Autonomous Hill Development Council) has adapted a policy framework for eco-tourism in Ladakh, in a bid to lessen the impact of tourism and make Ladakh a prominent eco-tourism destination in the world.

Towards that goal, LAHDC is proposing to impose environmental fee on all visitors traveling to Ladakh (more clarity on this is awaited.) Revenue generated by this environmental fee (estimated to be Rs. 5,30,00,000) is to be utilized for various projects under the eco-tourism initiative.

Seed money generated from the environmental fee is proposed to be utilized in the following manner:

While all this sounds good and looks like a fair start. I am afraid, at least at this nascent stage, it doesn’t seem enough to counter the uncontrolled growth of tourism in Ladakh.

Especially since a significant portion of the budget allocation seems to be for promoting eco-tourism in Ladakh, rather than developing the ground support for it.

There is also a need to ensure that the hotels and other tourist establishments springing up across Ladakh are doing their part to lessen the environmental impact. And at least as of now, this policy framework doesn’t seem to touch that aspect. 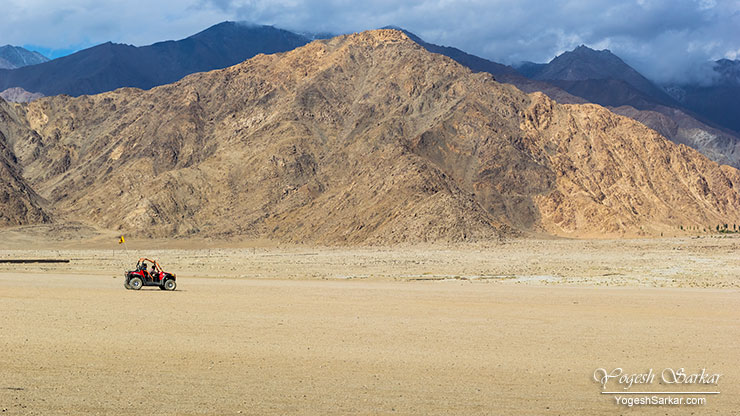 It also remains to be seen, whether Rs. 50 lakhs can be enough to collect and ecologically dispose off garbage throughout the Ladakh, especially LAHDC is trying to incorporate more and more areas of Ladakh into the tourism circuit (something I strongly support.)

Overall it seems like a fair start, even though, we as tourists will have to pay for it from our pockets (how much, only time will tell). However, if this leads to a better and cleaner Ladakh, I am in full support of it.

Here is the full press release from LAHDC.

In a historic move, the LAHDC, Leh today adopted a policy framework on tourism for Leh district based on the principles of eco-tourism. To adopt the much awaited policy, a special General Council Meeting was convened under the chairmanship of Chief Executive Councilor, LAHDC, Leh Dr. Sonam Dawa Lonpo today to brainstorm on the proposed policy draft and after fruitful deliberation the house in one vice passed the resolution.

Addressing the GCM, CEC Dr. Dawa said that it is a high time to give a holistic direction to the tourism industry of Ladakh and in line with vision 2025, Council is adopting the eco-tourism policy so that Ladakh could emerge on the global tourism map as a prominent eco-destination in a responsible manner by 2020. Appreciating the endeavor of EC Tourism Tsering Sandup and expert committee headed by G.M Sheikh who drafted the policy paper in a shortest possible time, Dr. Dawa said that proposed draft can be amended by council whenever required. To implement the policy the revenue generated from the environmental fees (Rs. 5.30 Crore) will be used as seed money. Added Dr. Dawa, and requested all the councilors to back genuine demands rather than fighting for their shares.

Earlier, EC Tourism Tsering Sandup giving a summary of eco-tourism policy said that the eco tourism policy of Ladakh will aim at improving the well being of its population through expanding the benefits of tourism sector to more and more people in an environmentally sound and socially responsible manner. He said that the roadmap of future tourism of Leh will be based on four strategic objectives which are ensuring sustained inflow of quality tourists, ensuring equitable distribution of income from tourism to the local population, putting in place effective mechanisms for environmental protection and making sustained efforts on preservation and promotion of Ladakhi culture and its values.

Quoting a news paper article about the famous tourist destination Goa, the Deputy Commissioner Leh Prasanna Ramaswamy G said that Goa has exhausted its natural resources and beauty in such an unorganized and haphazard manner that it is now impossible to recover and cautioned that Lakakh should have a clear roadmap to guide its tourism industry in a responsible way. DC, Leh also expressed concern about the ugly face of tourism like drugs, etc emerging in Leh.