Over the weekend, I went to Garhwal hills for the first time. Even though I have been to Kumaon (the other region of Uttarakhand) numerous time, I hadn’t explored Garhwal, until now.

Mainly because I felt Garhwal wasn’t as beautiful and was overly commercialized thanks to Char Dham Yatra.

However, Yatra isn’t going to begin for another month and a half, which meant, I could explore Garhwal, without running into too many tourists. At least that is what I thought.

Traveling with friends also meant that this was a trip for fun, rather than deep contemplation or even serious photography, though the latter was mainly due to my mood.

So what did I find?

Well, like any other part of Himalayas, Garhwal is beautiful. With the lower Garhwal being hot and sunburnt at the moment, while upper reaches have snow and unparalleled beauty. 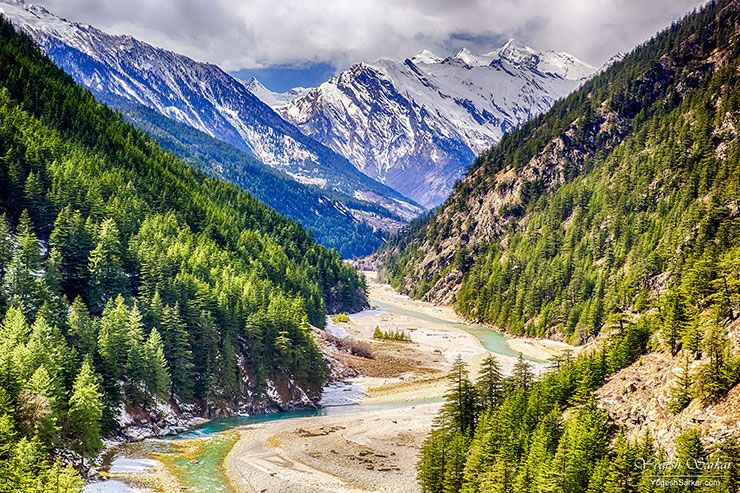 Funnily enough, the beauty of Garhwal appeared more beautiful, when it was man made i.e. due to Tehri Dam (first photo) or Maneri Dam (second photo). 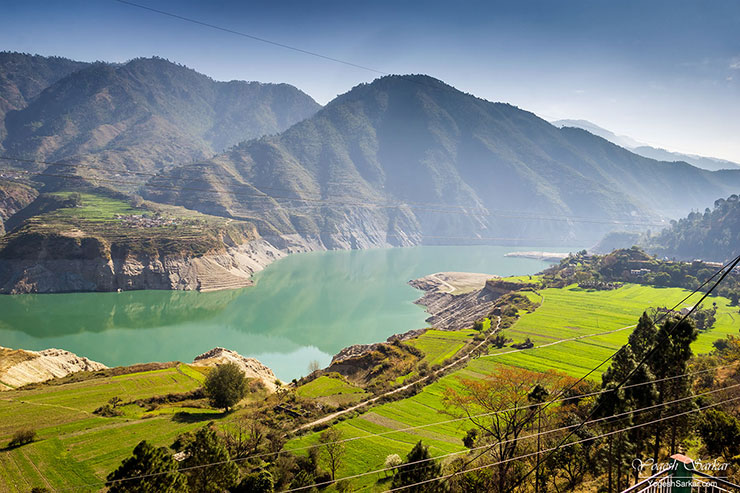 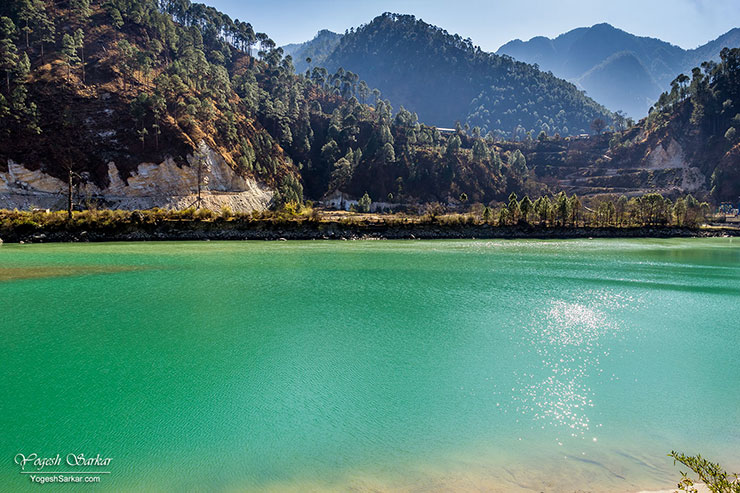 Of course, all these men made encampment areas have destroyed villages and submerged part of the landscape. Due to this, there is a tragedy to the beauty I saw and that put me in a dilemma; do I marvel the beauty or curse the destruction?

Thankfully human heart is capable of doing both simultaneously.

So I did the same and continued, until I reached the place I had heard so much about, Harsil.

A small village in Harshil Valley, Harsil Village is undoubtedly beautiful. Yet, her beauty does not enchant everyone. Well, at least she failed to enchant me. 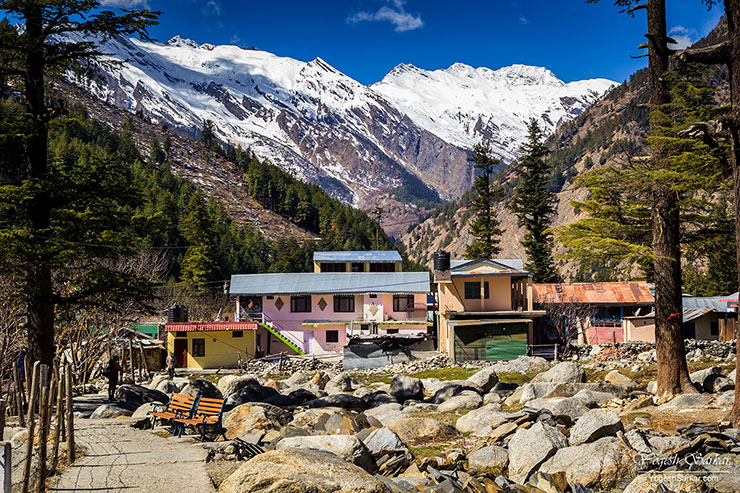 Maybe it was due to the fact that it is located in a fairly narrow part of the valley, hence it doesn’t feel as beautiful as it is supposed to be or maybe I went there in the wrong season or maybe, because I felt fairly restricted there, thanks to army cantonment encapsulating the village and restricting the places I could explore and photograph.

The road to Gangotri, on the other hand, was what I had come to Garhwal for. And it was her beauty and the beauty and serenity of Gangotri itself, that made the trip worthwhile and oh so memorable. 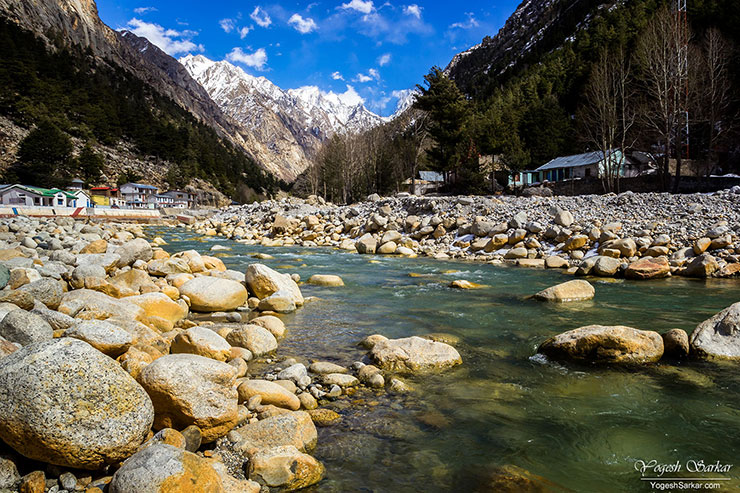 There is a lot left to be said, which would be said over the days. For now, you can read the complete travelogue on BCMTouring, First trip to Garhwal; Harsil and Gangotri in Winter.