I had passed by Kebab Xpress numerous times in Connaught Place and I had seen it listed on Foodpanda as well. However, I never went in or ordered from them. Until, last evening.

While coming back from Janpath, we were feeling a little hungry and we decided to check out Kebab Xpress. A food joint which could be passed off for just about any other fast food joint in CP. 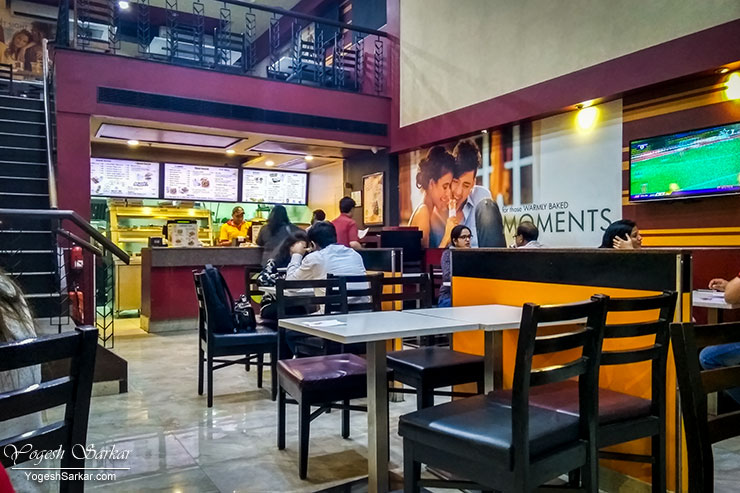 After briefly scanning through the menu, we decided to order a couple of veg starters; Tandoori Aloo Stuffies and Soya Crunchers.

Since Kebab Xpress is a self-service restaurant, I went to the front counter to place the order. As luck would have it, only one of the two cash counters were working and after asking a question, I proceeded to place my order.

The lady on my right, who until this point, was discussing and contemplating the order with her friend, felt offended that the staff was taking my order at the cash counter in front of her, while she had been standing there for a while (contemplating what to order.)

Thankfully the guy taking my order had more sense than his colleague, who was trying to pacify that lady, by asking the first guy to take her order first. Even though the first guy had already taken my order and was confirming it. So the first sensible guy confirmed my order and generated a bill. And after a whopping delay of a couple of minutes (after she began complaining), proceeded to take that lady’s order.

Around 10 minutes later, we got the food we had ordered. 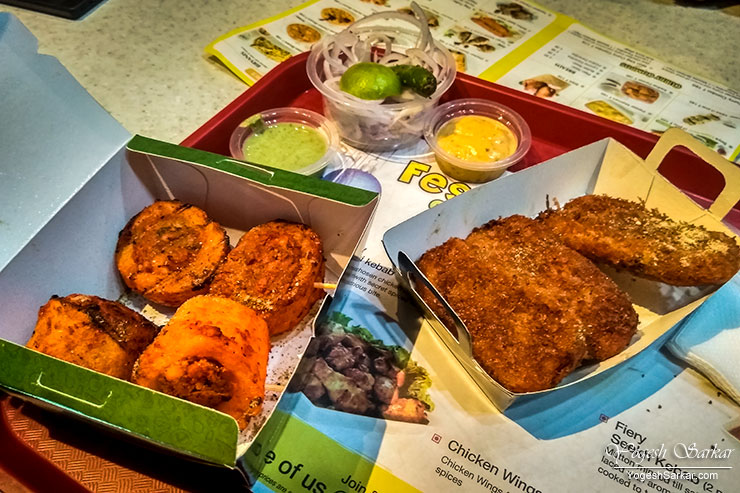 Soya Crunchers were full of oil and tasteless. Even with green chutney (which wasn’t that great either), they weren’t all that palatable.

Tandoori Aloo Stuffies, on the other hand, were quite good and had far less oil in them. The stuffing had cheese and raisins, which gave it a distinct flavor and gave Kebab Xpress in our view, a neutral rating.

Overall, it was a mixed affair with one of the two starters we had ordered, being good.

However, I am not really sure if I would actually go back and try Kebab Xpress again. Since even the Tandoor Aloo Stuffies weren’t so good that I would go back again to have them.