I am a Varun Dhawan and Alia Bhatt fan, on top of it, I love comedy movies. So when I first saw the trailer of Badrinath Ki Dulhania couple of months ago, I decided, I would watch it, as soon as it comes out.

Last night, I got a chance to watch Badrinath Ki Dulhania and here is what I thought of it.

First off, if you have ever seen Varun Dhawan’s movies and loved them, or for that matter, used to like Govinda, this is a must watch. If you’re looking for a movie with some sense or solid story, I suggest you look elsewhere. 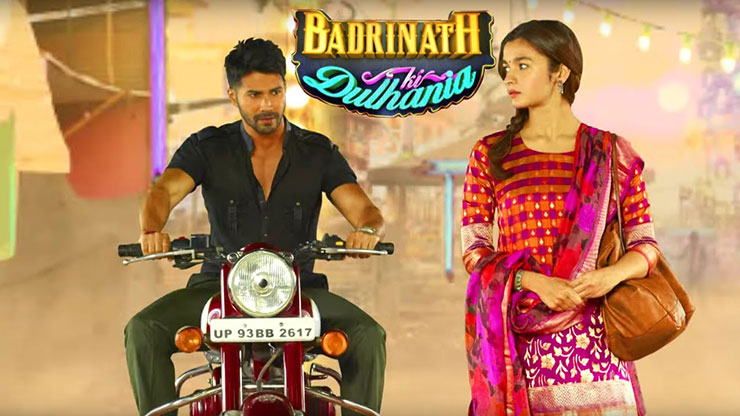 With that out of the way, this movie had everything that you would expect from a Varun Dhawan movie; comedy, witty dialogs, senseless yet good dance sequences, emotional scenes and pectoral muscles (if you’re into that sort of thing.)

Badrinath Ki Dulhania is a story about a 10th pass son (Badrinath played by Varun Dhawan) of a rich and orthodox UP businessman, who falls in love with a girl (Allia Bhatt) with dreams of touching the sky, by becoming an air hostess.

Of course, just like any Govinda err… Varun Dhawan movie, the protagonist goes around stalking, chasing the girl of his dreams, albeit in a very decent manner (at least in this movie), until she finally agrees to marry him.

However, this is where the interval occurs and then, feminism takes over and robs the movie of its comedy sequences until the very end.

Even though Badrinath Ki Dulhania is a comedy movie, it tackles the whole dowry and patriarchy issues in a rather sensitive manner. It begins with mocking the society which treats sons as assets and daughters as a liability in a fairly sarcastic manner. And I liked that about the movie.

Though on the other hand, it deals with male molestation and attempted rape in a rather comic manner. And even though everyone including me was laughing at that point, later I felt that the scene was uncalled for. After all, had the scene involved a lady, it would have been picturized, portrayed and viewed in a different manner. This I feel, was against the mature (well compared to other such movies) way in which it dealt with social issues prevailing in the society.

Sadly, songs were a disappointment for the most part in this movie, barring Tamma-Tamma and Badri ki Dulhania.

Overall, it is a decent movie (fantastic one in the first half), that sort of reminds you of Humpty Sharma Ki Dulhania. However, it isn’t a cup of tea for anyone looking to make sense of it all and looking for substance.