I will be very honest at the outset and admit a mistake, maybe I shouldn’t admit. I bought The White Tiger and Other Stories, just by reading Ruskin Bond’s name on it, paying little to no attention to the caption. 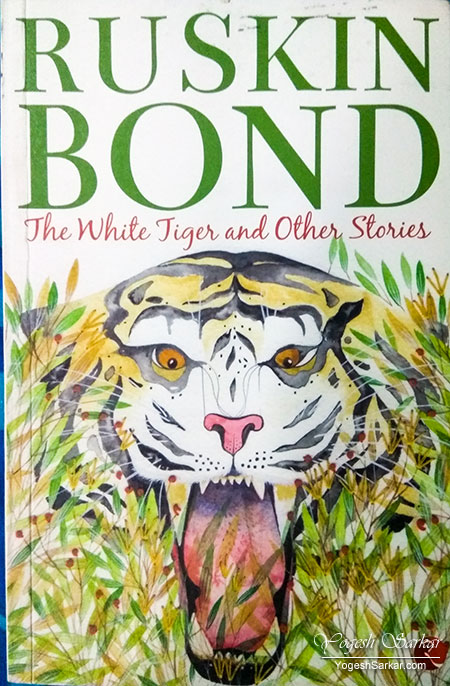 If I had, I might not have bought it!

Interestingly enough, the initial part of book’s name, The White Tiger, isn’t a story written by Ruskin Bond. Instead, it is a story written by Alice Perrin. There is one short story by Ruskin Bond in the whole book and even though initially I was disappointed to learn that, now that I have gone through the entire book, I am happy to have bought and read it.

This collection of “eerie stories” isn’t really all that frightening, rather they are interesting tales from the era gone by. And they leave you perplexed and at times free to assume the end.

The Phantom Rickshaw by Rudyard Kipling was the most gripping story in the collection, even though The Monkey’s Paw by W. W. Jacobs, The Adventure of the Speckled Band by Arthur Conan Doyle and The Werewolf by C. A. Kincaid were no less interesting.

The common theme, of course, was that the author or rather, authors, for the most part, didn’t force you to believe in the supernatural. Rather left you to form your opinion one way or the other.

Whether it was in the case of an English Sahib wandering the streets of Simla with the ghost of the woman he once loved and slowly approaching his demise or the knock on the door after the second wish, that makes you wonder whether the tragedy of the first wish was in fact magic rather than just a tragic coincidence.

Overall, The White Tiger and Other Stories (click here to buy) is an interesting yet light read that not only keeps you engaged till the very end. But also introduces you to some excellent authors, you might not have earlier read.

I guess this is what I liked the most about it. For I now know, once I am done with the other books on my bookshelf, I will be ordering books from some of the featured authors in this book.

Below is a list of short stories contained in this book.

2. The Phantom Coach by Amelia B. Edwards

3. The Phantom Rickshaw by Rudyard Kipling

4. The Adventure of the Speckled Band by Arthur Conan Doyle

5. The White Tiger by Alice Perrin

8. The Trouble with Jinns by Ruskin Bond