I don’t know how and I don’t know when my obsession with old colonial buildings began. However, something about them made me gravitate towards them.

To the point, I actively started searching for a colonial era cabin built entirely of rocks or old bricks and wood. Located far away from the hustle and bustle of the cities, where all you could hear at night was the cicada and forest creatures.

I needed help finding such a perfect hideout, so I turned to Mr. Top Singh Bodh for help. A retired HP Forest Officer, his knowledge about Himachal and its forests is uncomparable. And few minutes of phone conversation later, I had a huge list of places I could visit.

Even though initially I wanted to travel alone, in the end, it became a quick weekend trip with friends.

Rahul was planning to buy a Safari soon and since he had only driven a handful of times until then, he needed to sharpen up his driving skills. So we hired a Ford Ecosport from Myles, and on a fateful August night, Mini, Rahul, KP and I set off on a journey to a cabin in the orchard. 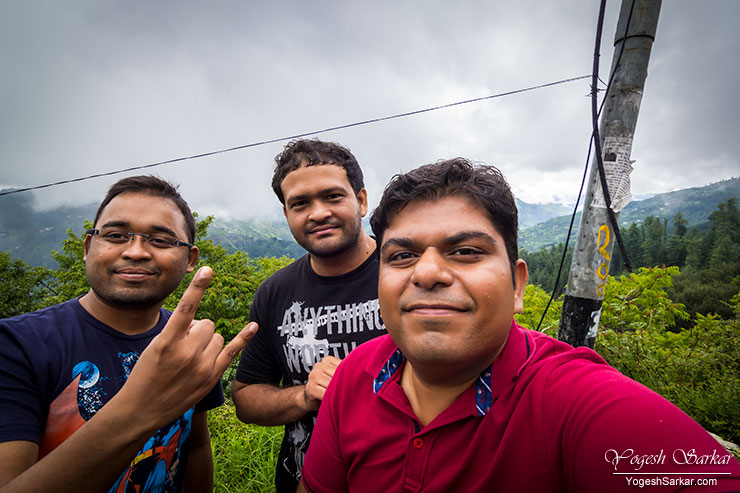 After a longish drive, we reached a place, where we no longer knew where we had to go and neither did the locals we asked. It seemed diversion for our Cabin in the Orchard was somewhere between two villages, yet no one knew, where exactly it was.

If it wasn’t for a helpful pickup driver, we might have never found a way to reach our Cabin in the Orchard.

Of course, taking that narrow diversion off the Rampur – Mashnu – Jeori route was half the battle.

Because we ended up on a road leading to a locked gate with no one around.

Multiple calls and half an hour later, a figure appeared from the dark, wielding a lathi (long wooden stick) and torchlight, and opened the gates for us and let us in.

This is bear country and the substitute caretaker, who lives at a 10-minute walk from here, had to risk his life and limb to come to the cabin and open it for us.

As soon as I spotted the cabin, well actually Forest Rest House of Gopalpur, I knew, I had hit the jackpot. Because it was everything I wanted. 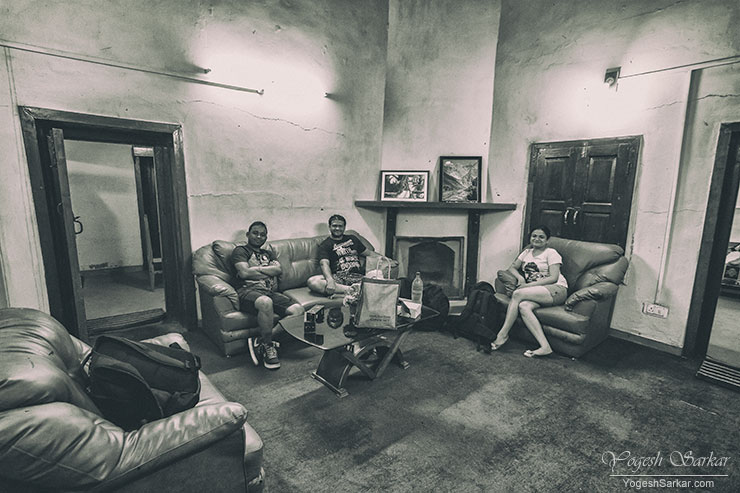 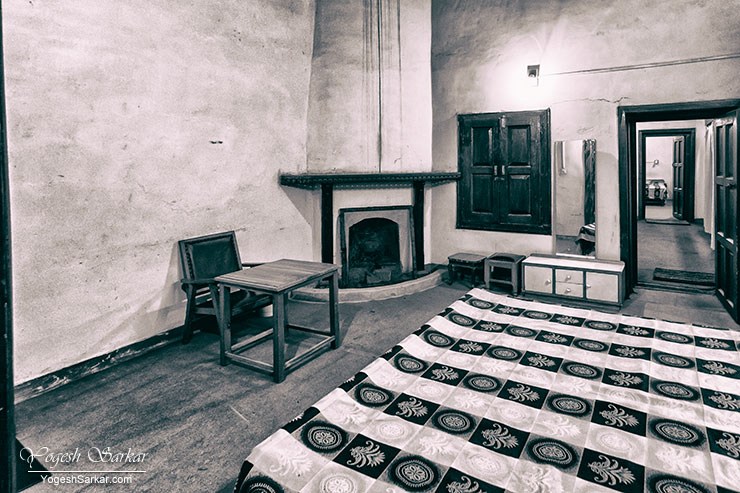 The cabin itself was made up of a typical colonial design with even the electrical switches reminding us of an era gone by.

Fireplace in each room and also in living room along with paintings and minimalistic yet comfortable furniture was all that we required.

And the only sound audible, apart from us, was that of cicadas.

Waking up early in the morning, I finally got to see the small yet beautiful Gopalpur FRH, consisting of just 2 rooms, located in the midst of a sprawling apple orchard and pine forest. 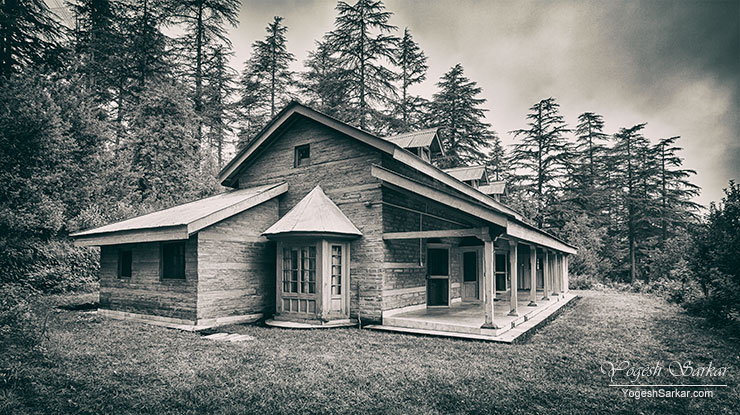 Setting off on my own, I explored the trails in and around the forest rest house with a smile on my face. Dreams do come true, I thought, as I started eating an apple I had just plucked.

Even though I didn’t get to spend a lot of time at my Cabin in the Orchard, due to time constraint, I relished the time I spent there, the most. For it was, and still is, a dream, I once dreamt of.

I have posted a full travelogue of this trip on BCMTouring, click here to read Weekend drive to Gopalpur FRH, Himachal Pradesh.