We walk great distances for the thing we desire, and at times, just as we reach near it, we chose another! Something similar happened yesterday when we went to Connaught Place, in order to have the delicious burgers of Burger Singh. However, just before we could reach it and order the burgers, we spotted The Burger Club (located in A block, just behind the petrol pump), which claimed to have brought the flavors of Kiwi land to India, so we decided to check it out instead! 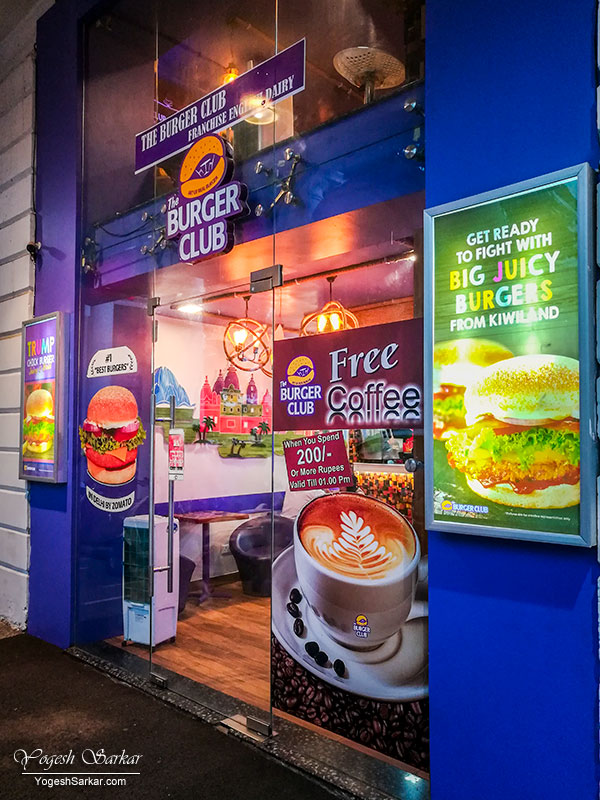 Stepping inside, nothing really stood out about the ambiance. Though it must have been nicely done at the time of the opening of the restaurant. Now it has begun to show its age a little.

The staff behind the counter taking orders seemed disinterested at best and took their sweet time taking orders and dealing with customers. Thankfully food didn’t take a long time to arrive.

We had ordered the Club Veg Pizza Burger meal (small) and while the fries were interestingly shaped, they were ok at best. For now, nothing comes close to fries of McDonalads, as far as fast food restaurants are concerned. Burger too was okish. Pizza burger from Dominos is far tastier! 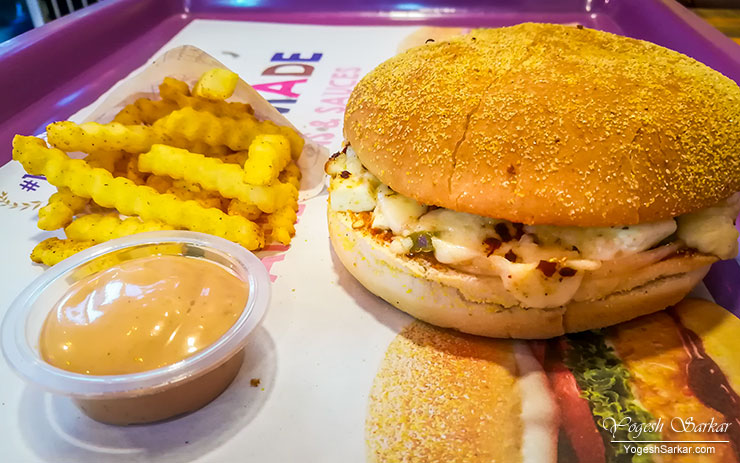 Along with the burger, we had ordered Tangy Potato Bites, essentially potato nuggets in a fusion of mayo and tomato sauce, with a sprinkling of tomato, onion etc.. Even though the pizza burger was okish, potato bites were delicious! The spicy flavor of them made us regret the fact that we hadn’t tried their spicy burger, instead of ordering the pizza burger! 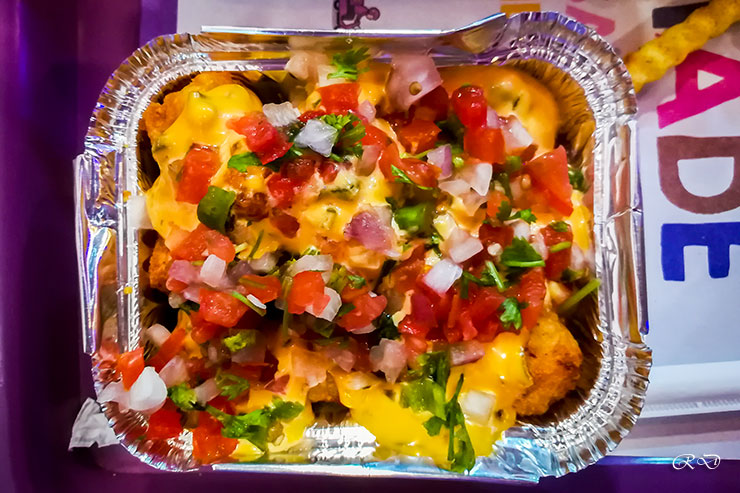 Overall, The Burger Club was alright and the day was saved by Tangy Potato Bites, which made us give them benefit of doubt. Though I am more inclined to buy the potato bites from here and a burger from Burger Singh for the ultimate delicious combo!

Bill for a Club Pizza Burger Meal (small) and Tangy Potato Bites came out to be Rs. 317 that is neither cheap, nor expensive. Sort of in the similar range as other fast-food joints.