Amrik Sukhdev Dhaba in Murthal, around 50 km from Delhi, is a place where individuals, friends, families, those out on a date, trip etc. go to, in order to satisfy their hunger for paranthas and long drive/ride.

Yet, it is one place I have passed numerous times, yet, never stopped at. After all, while on the trip, the first food stop is usually around Karnal (usually no hunger pangs before that) and I am not really a fan of boring highway from Delhi to Sonipat, which needs to be taken, in order to reach this dhaba.

So when we set off from Delhi on a trip to Himachal last week and rest of the group informed me, we would be stopping at Amrik Sukhdev Dhaba for food. I was excited.

Finally, I get to eat at a dhaba, I had heard so much about!

At 1 am, Amrik Sukhdev Dhaba was buzzing with activity. From families to young people in groups thronging the place as much for food as for an outing. 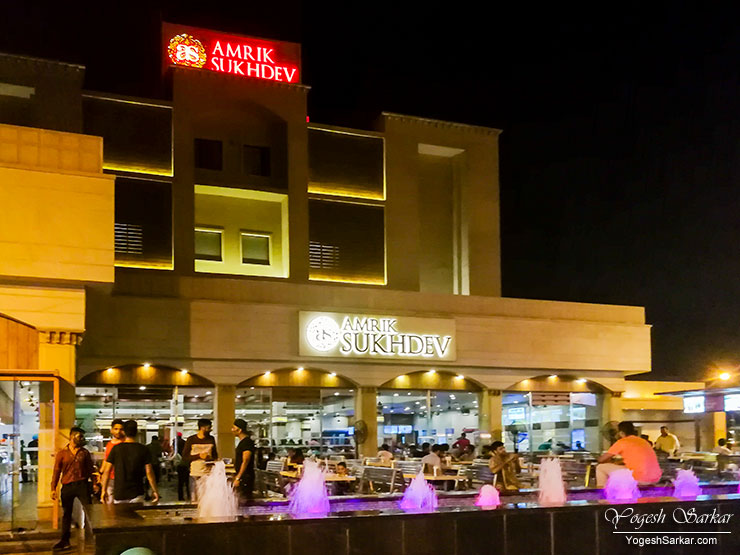 We went into the AC section of the restaurant and decided to sit there and order parathas.

I initially ordered a paneer paratha, which arrived with a huge dollop of white butter! 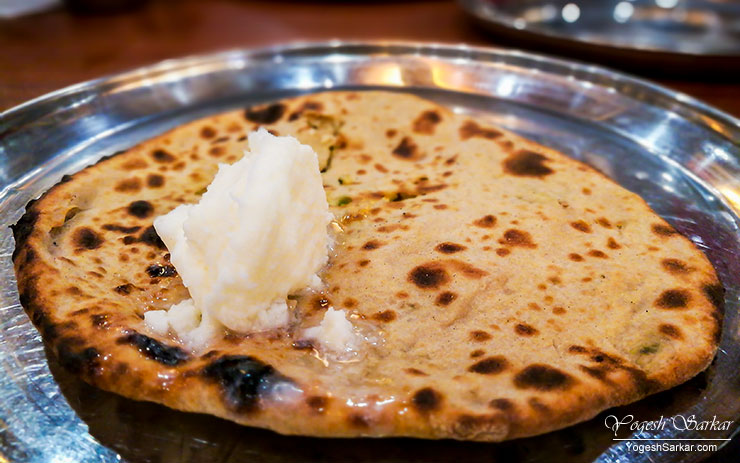 Sadly, there was no flavor in the paratha! No masala it seemed to satisfy the taste bud. To say it was bland wouldn’t be an understatement! In fact, this was even true for the aloo-payaaz paratha I ordered later on!

The only paratha that tasted decent was a mixed paratha ordered by my friend!

Tea, on the other hand, was delicious and in good quantity.

Overall, I failed to see, what people see in this dhaba, to actually burn fuel to reach it! It is cheap, no doubt. Rs. 55 for an aloo-pyaaz paratha with a large dollop of butter and decent quantity tea for Rs. 20. However, beyond that, Amrik Sukhdev Dhaba has nothing much to offer.

I guess the next time I travel, I will once again skip it and stop around Karnal. The nondescript and less famous dhabas there might not serve you parathas with a large dollop of white butter, but their parathas are actually tasty!