A good thing about established markets is, they usually have good eating joints to unwind after shopping, and Khatta Meetha Restaurant is one such restaurant in Sarojini Nagar Main Market.

So after shopping at the market for a couple of hours, during which RD was constantly stating, she will have a burger at Khatta Meetha, we eventually went there for food.

Before entering the restaurant, we decided to have the gol gappas at their outdoor stall. The gol gappa water was too darn spicy, no other flavor was apparent apart from that. At least they weren’t soggy, like the ones we had tried from a road side vendor earlier. But still, they were a disappointment.

After Gol Gappas, it was time to head inside and try out the burger, RD had been talking so much about.

Unfortunately, the jumbo burger wasn’t available. So we ended up ordering a cheese burger, cheese momos, and kulfi-faluda.

The first to be brought to our table was the cheese burger. 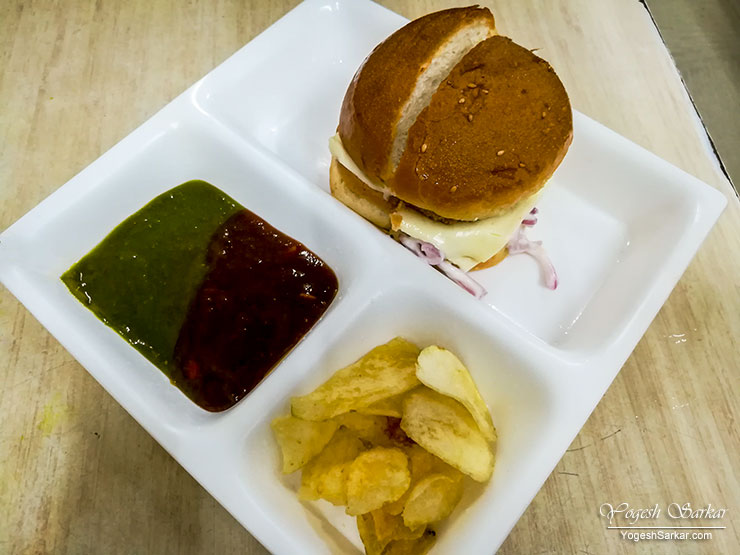 It was a delicious burger with desi taste, more like a tikki stuffed in a bun than a proper burger and that is what made it is so tasty. Add to that, the green chutney added just the right flavors to make it even more pleasing to the taste buds. A lot tastier than any of the burger you can find at the fast food restaurants.

Next up were the cheese momos. 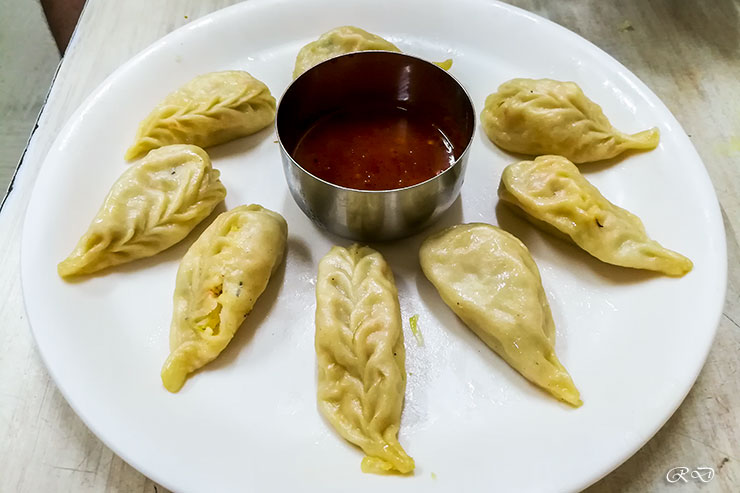 However, they didn’t really have cheese in them. Well… technically they did, cottage cheese or as we Indians call it, paneer! Taste wise, they were alright, though the momo chutney had nothing but spice as flavor, just like the gol gappas. And that in turn actually reduced the flavor of the momos. For Rs. 100 + taxes, these momos just weren’t worth it.

For dessert, we had ordered kulfi faluda and it looked somewhat tasty, though the “fruit” on top of it, not only lowered its presentation, but also flavor. 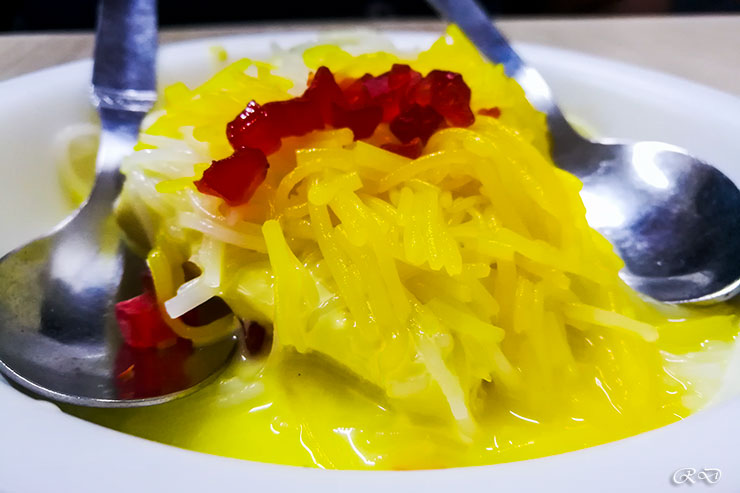 It wasn’t as rich in taste as I would expect a kulfi faluda costing Rs. 80 + taxes to be, though it was still decent.

We also ordered honey chili potato to be packed, in order to eat them later and they too turned out to be a disappointment, with almost no honey and only chili as flavor.

Overall, Khatta Meetha seemed only a good option for the desi burgers, which they make really well. Rest of the stuff was just ok. For Rs. 490 (including taxes) for a cheese burger, a plate of cheese momos, honey chili potato, and kulfi faluda, Khatta Meetha isn’t too expensive, though it isn’t cheap either.

At the end of the day, I guess it is one of the better places in Sarojini Nagar to rest in AC after a long shopping spree and indulge your taste buds with the Indianized burger.