In a city that likes to wake up lazily, there aren’t many restaurants and cafes, which open up at 8 in the morning. So when we came back from our morning shoot, Café Jeevan located on the Changspa Road (just a few meters ahead of Otsal Guest House), was just about the only option open at that time.

Stepping inside, the ambience of the place looked fairly open, inviting and warm, even though it was sort of colder inside :D. 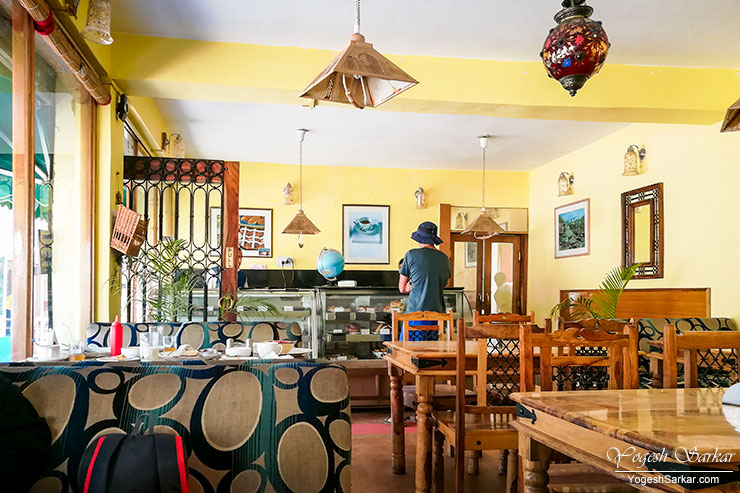 I wanted to have a fairly heavy breakfast, since we planned on sleeping till late in the afternoon, before heading out to the main market. So I ended up ordering the American Breakfast, while Mansi initially ordered the pancake and masala tea.

With 3 egg omelet, a couple of bread pieces, fresh fruits, hash brown potatoes (or mushrooms) along with a small glass of apple juice and coffee (or tea if you prefer that), the American breakfast not only sounded heavy, it was really fulfilling. 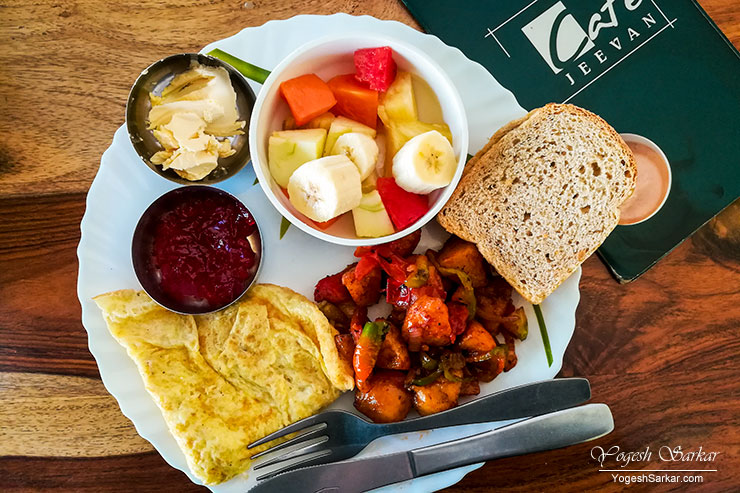 Taste wise too, it was good. Though I guess the bread could have been a little more cooked and the plain omelet could have used a little bit more salt and pepper. However, apart from that, it was fine and the hash browns in particular were really good.

Mansi’s pancake, on the other hand, was a little too sweet and to be honest, it looked more like a dosa than a pancake! Even though there was supposed to cream in it, it wasn’t really visible and jam’s taste was a little overpowering. 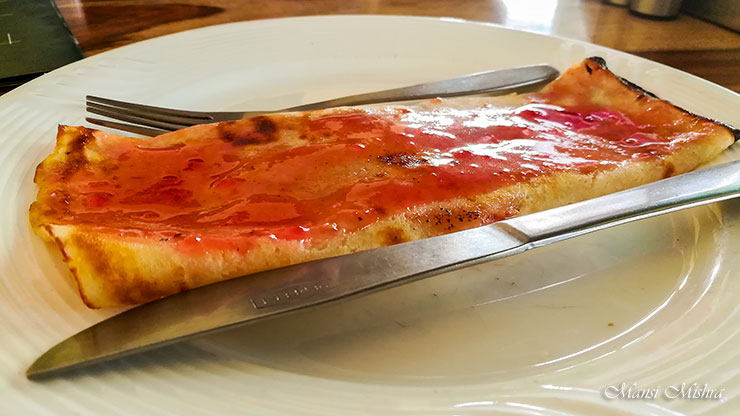 She ended up ordering a grilled cheese sandwich next, in order to get rid of excess sweetness of the pancake. 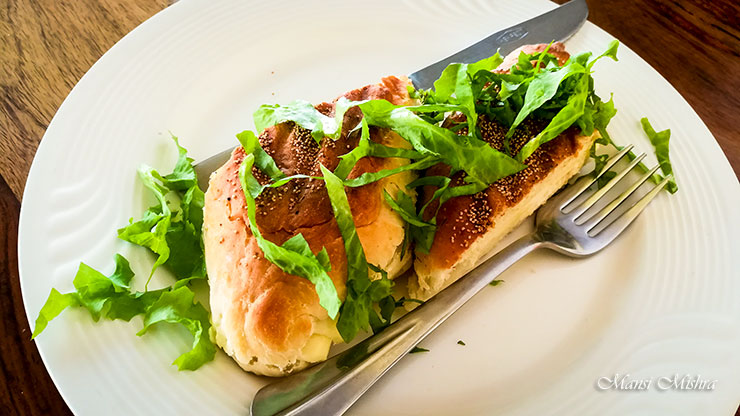 Even though it looked really appetizing, in reality, it was just bread with a thick slice of cheese inside. No flavors apart from that of bread and cheese and nothing else. Worst still, the cheese wasn’t melted or warm enough to appeal to our Indian taste buds.

Service at Café Jeevan was fairly slow. However, that is sort of expected at cafes at Changspa Road. However, waiting for 10 minutes and even after that, only getting the menu, because you asked for it loudly, isn’t expected. Neither do you expect the waiter to forget the apple juice, until you remind him, that it too came with the meal!

On the plus side, Café Jeevan is a fairly economical place. We ended up paying Rs. 360 for American Breakfast (3-egg omelet, bread, fruits, hash browns, apple juice and coffee), pancake, grilled cheese sandwich and a masala tea. This is somewhat cheaper than other cafes on the Changspa Road and considering, Café Jeevan has better décor and ambiance than most of them; it is all the more surprising.

Overall, I guess it is one of those cafes in Leh, where you can visit again and again for the all-day economical yet fulfilling breakfast.