However, neither of us knew, where it was. Until one fine day, when we decided to have breakfast at Gesmo Restaurant, before setting off for Pangong Tso. There it was, right next to Gesmo and even though I have been to Gesmo a few times during my earlier trips, I had never noticed Lamayuru Restaurant. 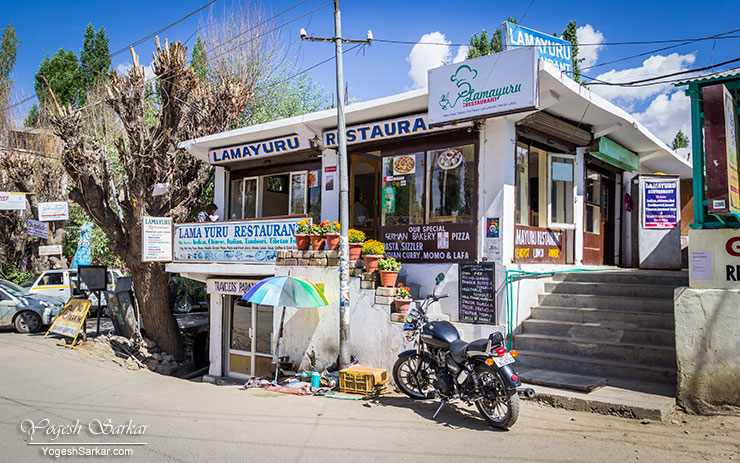 Treating this as a good omen to finally stop Mansi from talking about this restaurant :D, we decided to have our breakfast here.

Mansi ordered banana pancakes, while I ordered the Lamayuru Breakfast. A couple of Ginger, Lemon and Honey teas were ordered along with these.

The banana pancake was delicious and had that authentic pancake taste often missing in most pancakes. 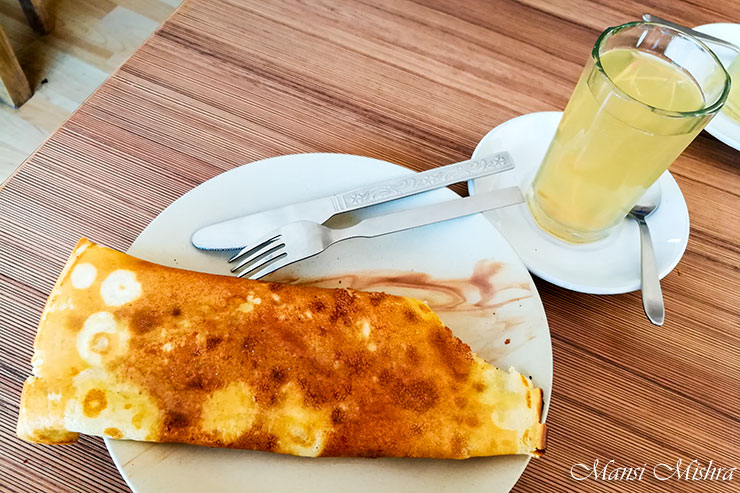 The Lamayuru breakfast, on the other hand, was quite a spread with an omelet, aloo paratha, hash browns, couple of sandwiches and masala tea, which I got replaced with ginger, lemon and honey tea for a little extra. 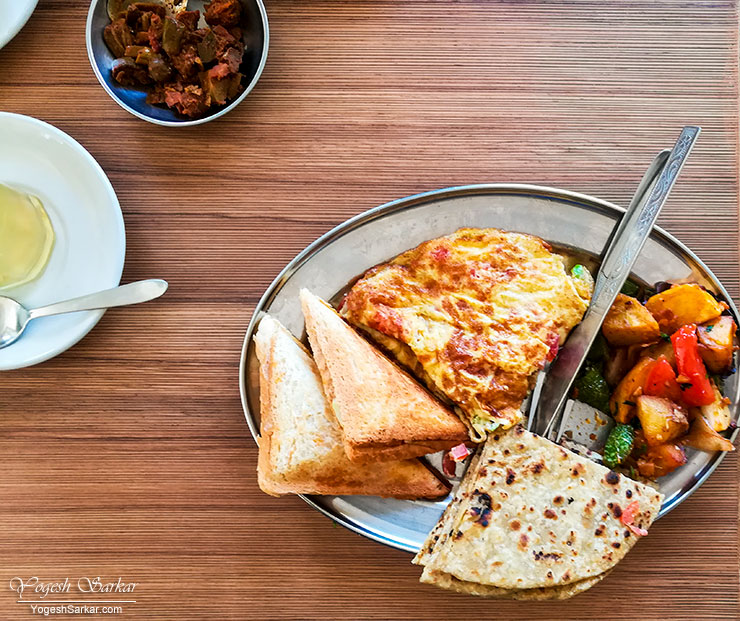 Taste wise though, it was a disappointment. With fairly less salt and masala. Made more for the taste palate of foreigners than us North Indians. The breakfast at Gesmo, on the other hand, is a lot better, which sort of explained the fact that Gesmo was full of patrons and Lamayuru Restaurant only had the two of us and another lady, who seemed to be a regular here. Though to be fair to the Lamayuru Restaurant, the paratha tasted as if it was home made, rather than restaurant made. If only it had more salt and masala, it would have been a hands down winner!

Ginger, Lemon, and Honey teas were a disappointment as well. It tasted more like lemonade with ginger!

Seems instead of boiling the ginger in water and then adding lemon and honey, these guys had just added lemon, honey and ginger to lukewarm water, robbing it of the signature soothing taste.

For Rs. 400 for the entire meal consisting of a couple of ginger, lemon and honey teas, Lamayuru breakfast and banana pancake, Lamayuru Restaurant wasn’t expensive. However, it is hard to justify eating here, rather than at Gesmo, right next door. Especially if you aren’t looking for bland food!