Bunta Bar; the name itself invokes the fond memories of childhood. Of drinking buntas when there were no Coco Cola or Pepsi around, and the Thumbs Up etc. used to be quite expensive in comparison.

Today, of course, things have changed. These modern day buntas or rather various concoctions in bunta bottles, being sold at places like Social, Bunta Bar etc. are no longer the cheap thirst quenching drinks. Rather just a way for the bar to sell a somewhat spicy alcoholic and at times, non-alcoholic drinks.

Sadly though, most of the buntas I have tried at these restro bars have been a disappointment.

So walking towards the elevator which proudly showcased the name of Bunta Bar, I had high hopes of finally finding something worthwhile. 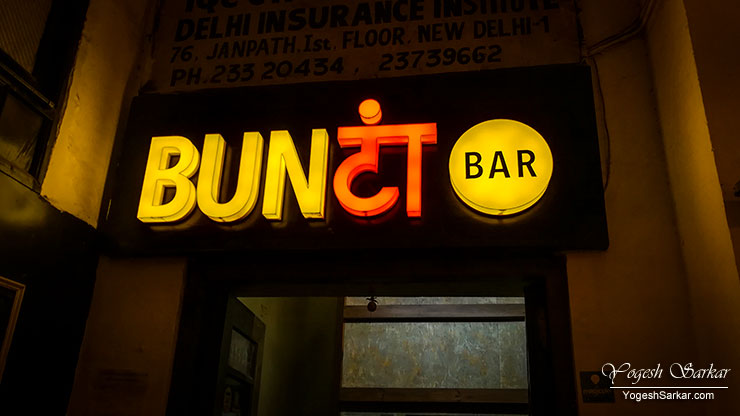 The décor of the Bunta Bar at Janpath has been done nicely and many of the elements have been made using the bunta bottles and the glass ball which used to be used to seal the bunta bottle. Sadly though, the lighting just robs you of the opportunity to actually pay attention to the details. Rather you just look at the whole thing and it looks nice, but nothing actually stands out, unless you’re specifically looking for it. 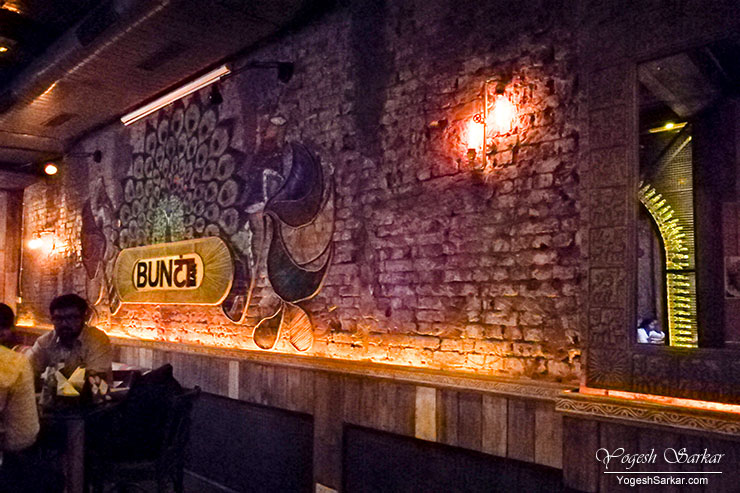 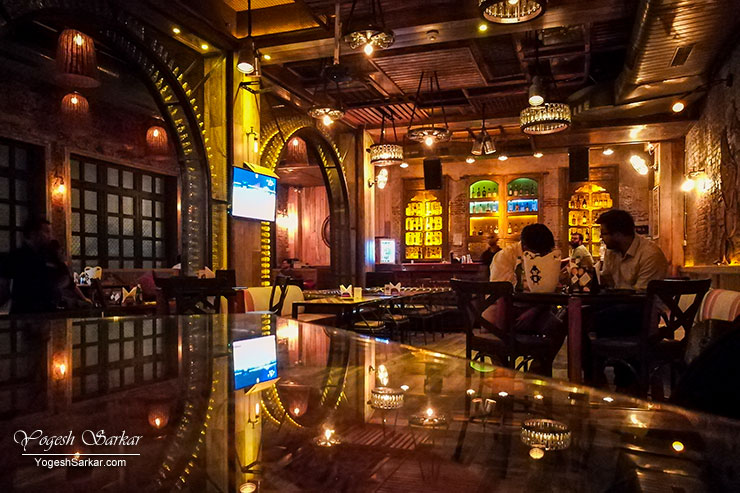 Once inside, I decided to order Bunta Bar’s signature mocktail, Stress Buster Bunta flavored with coriander mint and rock salt. 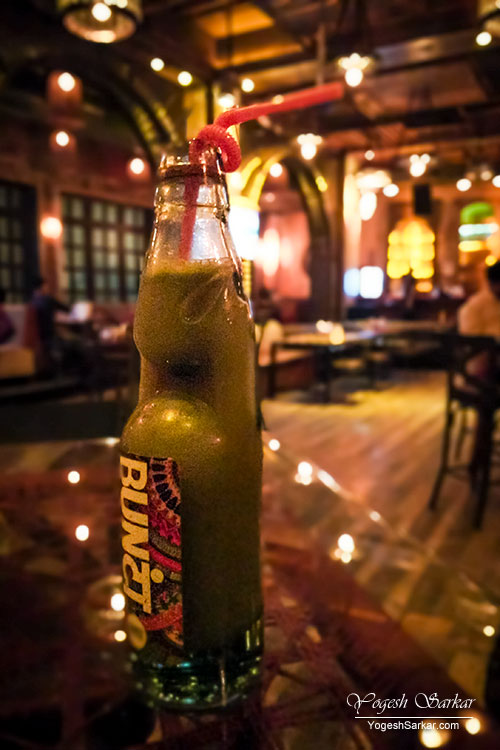 While it looked alright, taste wise, it was just about ok. The fact that it had me burping lightly for over an hour with a bad aftertaste, made me almost swear off buntas, apart from those sold on the street!

RD after tasting the bunta I had ordered decided to play safe and ordered a Peach Iced Tea. 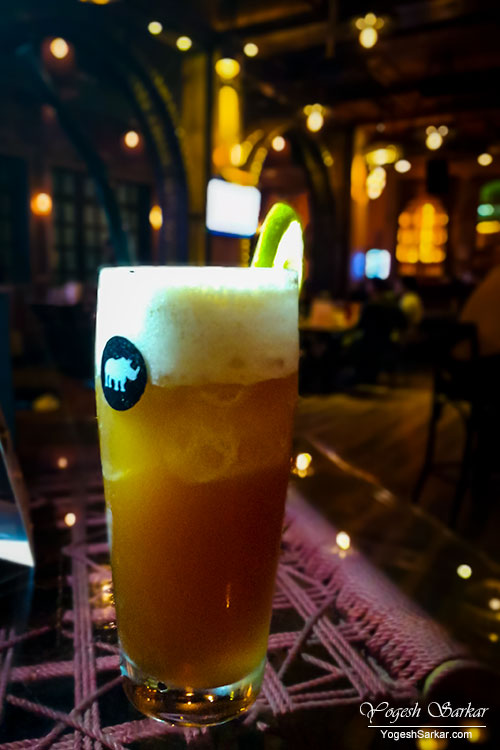 It too turned out to be a disappointment with too much sweetness.

When it came time to order food, we thought about ordering Rajma Arancini, but even the waiter advised us against it (may God bless his kind soul.)

So we ended up ordering Corn and Feta Samosets, which are essentially small samosas stuffed with corn and feta cheese.

Even though they were crispy, they weren’t all that palatable. To make matters worse, one of them was quite a bit burnt, where the samosa is folded at the bottom! The only saving grace was the chutney, which made those samosets taste a lot better.

At this point, we just about had enough of Bunta Bar. Looking around, we mostly saw people drinking beer, which made sense, since it is almost as cheap here as it is at My Bar or other restro bars in Connaught Place, counting on low price to drive business.

Since it wasn’t beer that we were after, we decided to cut our dinner short at Bunta Bar and headed outside, in search of better food.

Total bill for Stress Buster Bunta (mocktail), Peach Iced Tea (mocktail) and Corn and Feta Samosets came out to be Rs. 820, which frankly speaking, seemed a lot, considering the taste!