Berco’s in Connaught Place is located in the middle circle of G Block, a right turn into an alley as you’re walking from Starbucks to Khadi. Sort of hidden away, not in limelight as much as most restaurants and cafes located in Inner and Outer Circle.

I had randomly come across it in March, while exploring Connaught Place. At that time, I had chosen to eat at Dhaba Café and that is where RD and I were heading last evening, when we changed our mind and went into Berco’s instead.

Walking inside, we found Berco’s to be a fairly large property and since their staff briefing was taking place when we walked in, we took a table in the first half of the restaurant. The restaurant looked fine, though nothing really stood out as impressive. With the loud patrons on the table next to us, it didn’t felt like a place for quiet and relaxed dinning.

Service although fast and courteous, appeared a little half-hearted and just about ok.

Watermelon Iced Tea felt refreshingly good when I tasted it initially. However, it wasn’t mixed right. So when it came to the last glass of iced tea from the pitcher, it was too darn sweet! I guess they could have done a much better job mixing the iced tea. 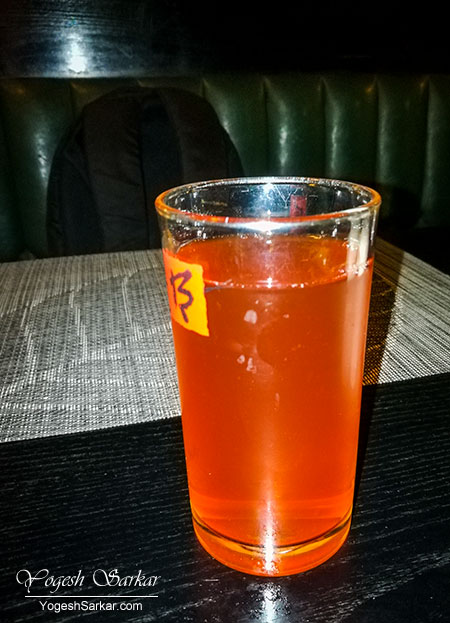 Next up were the garlic and cheese wontons, which were served with a sweet sauce. Considering they were fairly bland, I guess they could have served it with a spicy sauce and to make matters worse, their momo spice sauce on the table wasn’t spicy either! The wontons too were full of oil with one of them having enough oil to drip down on my hand! 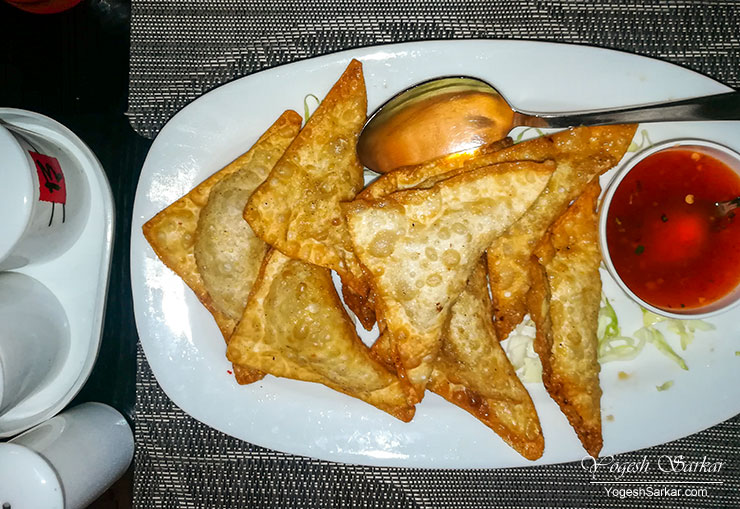 The main course, on the other hand, was delicious!

This was the first I had eaten Pad Thai Noodles (flat rice noodles) and they were extremely good and provided a break from the usual noodles we eat at most Chinese restaurants. Add to that, the mix of vegetables and flavors was done just right. 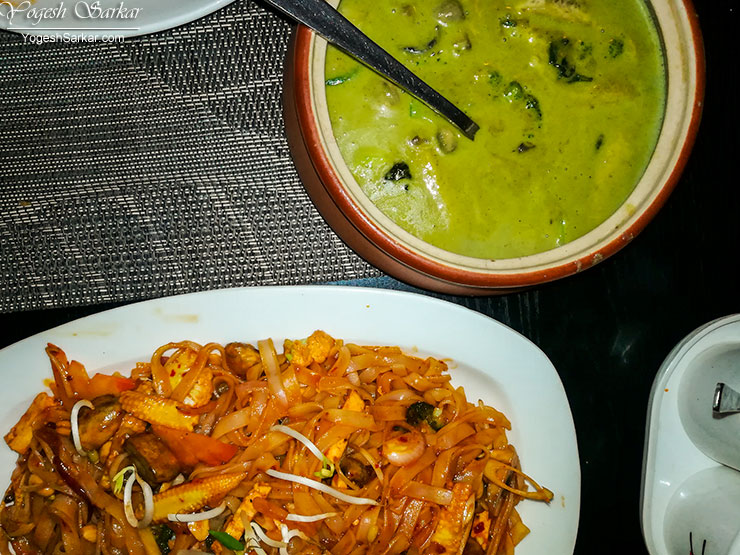 The Veg Thai Green Curry was good as well, though not as well made as the noodles. But it went really well with the noodles and accentuated the flavors and the duo more than made up for the unmixed iced tea and oily wontons.

Bill for the entire meal came out to be Rs. 1,228, including 5% service charge and 5% GST. Though what surprised me the most was the fact that the quantities were better than what is normally delivered at home!

Having said that, it did feel like they were doing things halfheartedly, be it service or preparation of iced tea and wontons. A little more attention to details and customer would have made the overall experience much-much better.