The Grand Tour is back for a second explosive season on Amazon Prime Video, in a way justifying a subscription to the Prime Video for a whole year, with just 11 weeks of automotive comedy.

And what a fabulous first episode it was. The comparison between the Past (represented by fossil fuel powered Lamborghini Aventador S), Present (a hybrid Honda NSX) and the lady shaver err… Future (Rimac Concept One super electric car from Croatia). Highlighting the current dilemma faced by the automotive world today, as it transitions from fossil fuel to electric to meet emission norms worldwide.

All this set in the beautiful Switzerland. 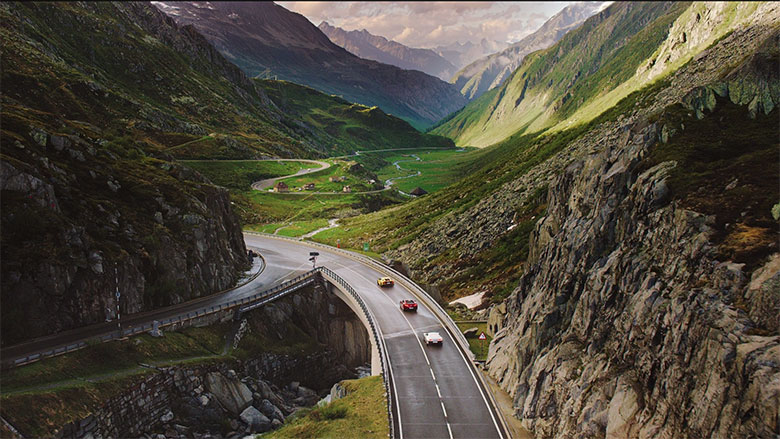 Sadly though, this beauty of the Switzerland was only shown for the first few minutes and afterwards, the episode was mainly shot in the small town of Weggis with Hammond driving everyone nuts by first booking a Swiss Wellness Resort for four days in a country, which has banned motorsports since 1955, due to Le Mans accidents in France!

Then by taking them to see an automotive museum and a chess museum the following day in a town nearby, because that is the only one that had a fast electric charging station nearby!

Of course, had the journey from the resort to that town been easy and fast, it wouldn’t be The Grand Tour.

So the 3 sports cars from past, present and future tackle off-road trail and cobbled narrow streets of the town and get stuck at multiple places en route to the museums.

The day err… episode is finally saved and sanity restored, when Clarkson and May take over and do a drag race between all three, where the 1,200 HP Rimac Concept One absolutely destroys the past and present by coming up first with a big margin.

Of course, there is a lot more to the episode than just this and I wouldn’t want to spoil your fun of watching it, by giving multiple spoilers. Though I have to say, thankfully, no celebrity died this time around on the show!

Having said that, I did feel the cinematics of The Grand Tour’s first episode of the second season weren’t as great as what we have come to expect, first from the Top Gear and now from the Grand Tour.

Nevertheless, it is a treat to watch. So go watch it now!