I had arrived at Dehradun fairly hungry and at the lunchtime. Since I had no plan whatsoever and didn’t know the city, I decided to call Neha (she was raised here) and ask for her recommendation for a good restaurant. The first one she mentioned was the Lakshmi Restaurant on the Paltan Street, a small walk from the clock tower.

A favourite of hers for the delicious masala dosa, well at least, while she was growing up here.

Of course, things change over time, so I was a little sceptic while walking into a restaurant, which had been established in 1944 in the busiest market of Dehradun. 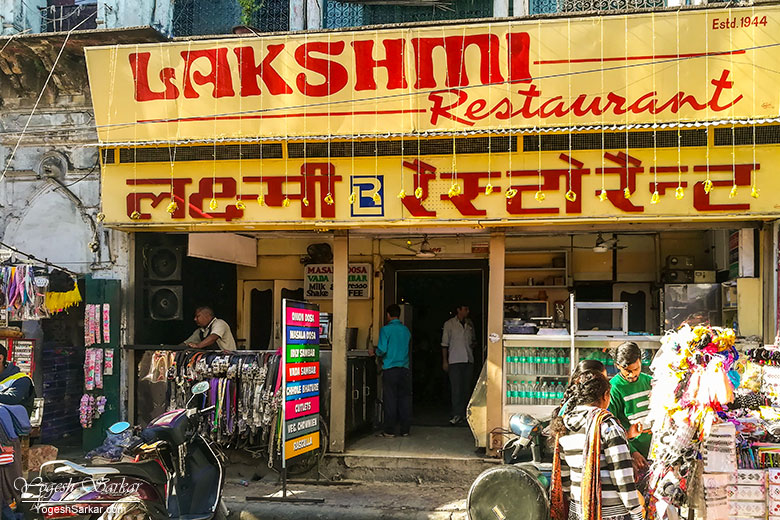 Lakshmi Restaurant is a small restaurant with ambience typical of a busy South Indian Restaurant in any of the metros in North India. There are no dedicated tables unless you have enough people to occupy all the chairs at the table and usually, 2 or more tables are joined together.

So I too sat down between a couple and couple of girls, having their lunch.

Even though restaurant was teeming activity, the dosa was brought over in a few minutes. 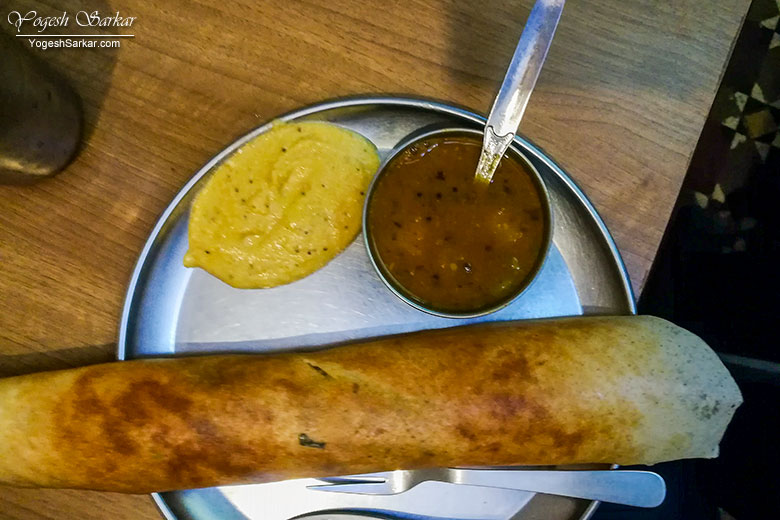 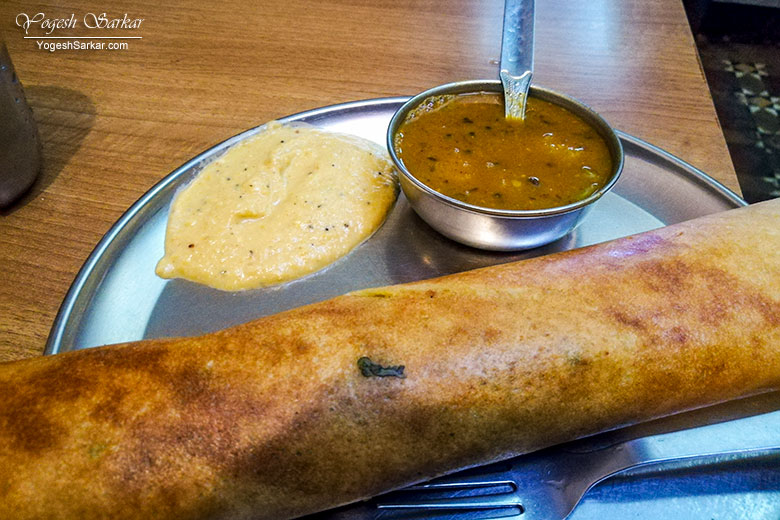 Dosa was fairly crisp and the sambar, fairly spicy. I guess it was South Indian food with a touch of Dehradun, and I didn’t really mind that.

Chutney, on the other hand, was tasteless and I mostly skipped it.

There was a good amount of potato stuffing in the dosa, however, the stuffing wasn’t as great (a little bland for my taste) as some of the other places I have eaten at and at places, it felt cold. Maybe it was due to the cold December weather of Dehradun.

However, frankly speaking, having warm and cold stuffing in the same dosa is just disappointing and the stuffing seemed like a fit candidate for Blue Star Ad.

Overall, it wasn’t all that bad and I did like it.

Maybe if the Dosa was from Saravana Bhawan and Sambar from Lakshmi Restaurant, the world would have been a better and tastier place, but alas, it is not to be.

Cost of the Masala Dosa was around Rs. 70, which is fairly cheap. Plus the service was fairly fast and the person behind the counter, friendly and helpful (I asked him for directions to a famous bakery).

Overall it was a good experience, and it is easy to see why after 73 years, Lakshmi Restaurant is still quite popular in Dehradun.