It’s been a year since I first started using Excitel. During this course of time, I have tried their numerous plans, thanks to the prepaid system, which allows me to choose whichever pack I would like to use that month. This month, I am using their Reeltime 845 Plan (75 Mbps), which costs Rs. 845 a month plus taxes i.e. Rs. 997.1.

What is the need?

I like that about Excitel and I also love the fact that there are no FUP or data limits to deal with. The internet connection is truly unlimited and to test that, initially I have used over 800 GB of data in a month. Though these days our data usage hovers around 250-300 GB a month.

This I feel is reasonable data usage for any nuclear family relying on internet connection for entertainment consumption, be it watching YouTube, Netflix and Amazon Prime or streaming live TV through various apps on ChromeCast.

Of course, if you have 4k TVs and are streaming 4k content, your data usage is going to be much higher. In our case, this isn’t the case. We are a happy 1080p family and for that, 75 Mbps connection is plenty. In fact, we can make do with 50 Mbps connection as well. It is just that I wanted to try out the 75 Mbps plan, just like I had tried Excitel’s 100 Mbps for a month.

In fact, even if you’re streaming 4k content, 50 Mbps connection ought to be more than enough with a couple of other devices streaming 1080p content simultaneously. Of course, if you have multiple 4k devices, then this 75 Mbps or 100 Mbps connection makes more sense.

So if you don’t really need 75 Mbps for normal streaming for 2-4 devices, then what is the use of it?

Well, if you like to download torrents, then that is a real boon on Excitel. In fact, it is just about the only service which will let you fully saturate your 75 Mbps connection. 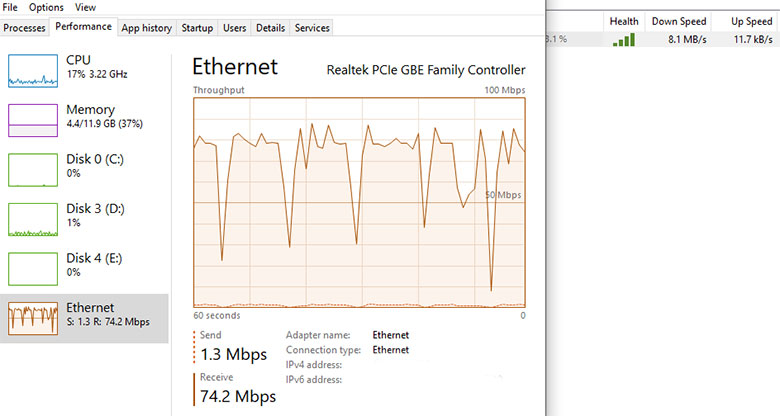 For the purpose of this review, I had downloaded a 3.17 GB torrent and it took exactly 7 minutes and 2 seconds to download at an average speed of 7.7 MB/s i.e. 61.6 Mbps.

I guess I might have gotten a little better download speed, if that torrent had more peers.

Apart from torrents, Excitel works well in case of YouTube, Netflix, Amazon Prime, and Hotstar. Since it has direct peering with these companies, the connection speed comes out really good. With Netflix’s Fast.com speed test showing 76 Mbps as the connection speed. 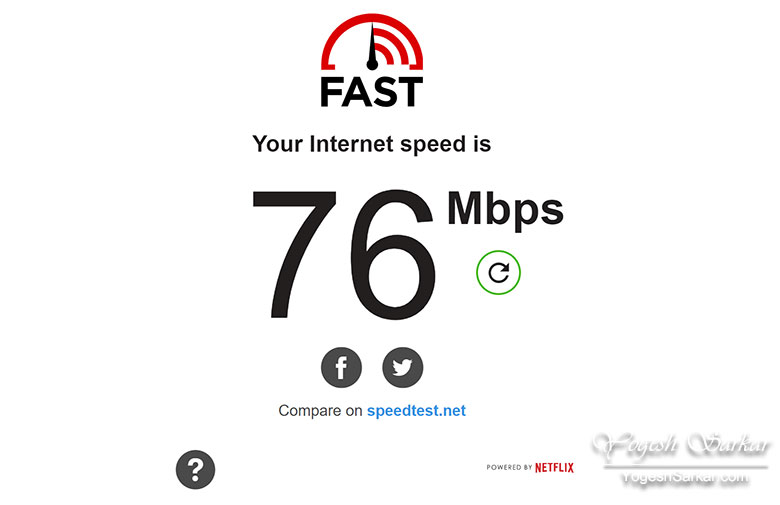 Same story is repeated if you test it against local speed test servers.

However, the moment you test it out against speedtest servers located in other countries, speed drops and a lot of inconsistency creeps in.

Fastest international speed I got was with the speed test server based in Singapore, averaging around 53.8 Mbps download and 69.75 Mbps upload. 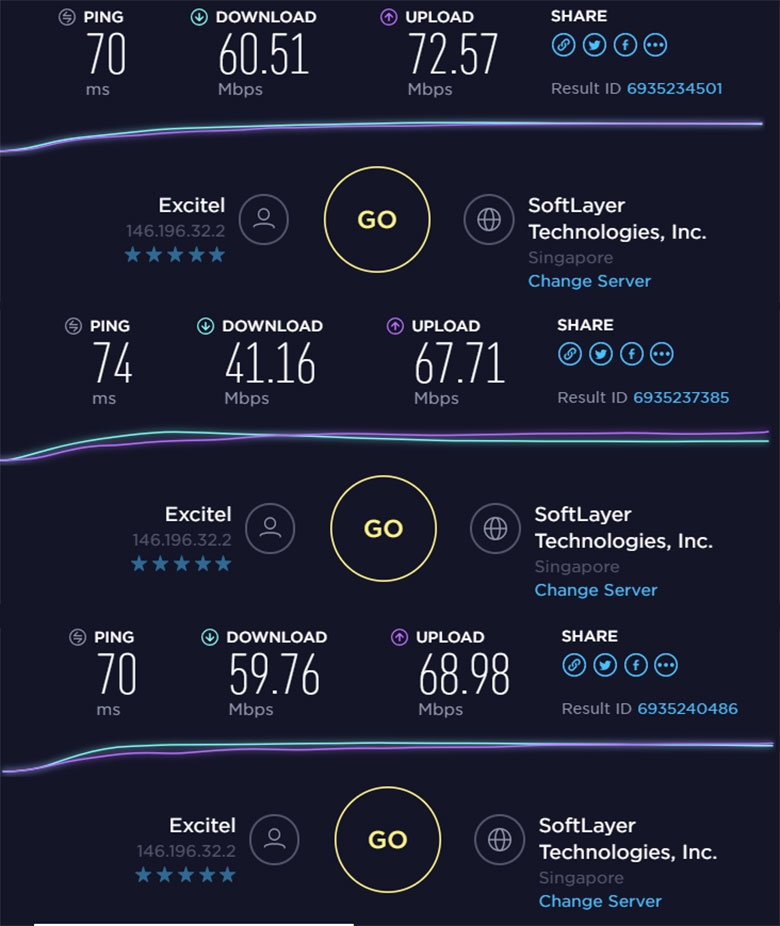 Moving a little further, the London speed test result is more erratic and disappointing with an average speed of 18.36 Mbps download and 42.77 Mbps upload. 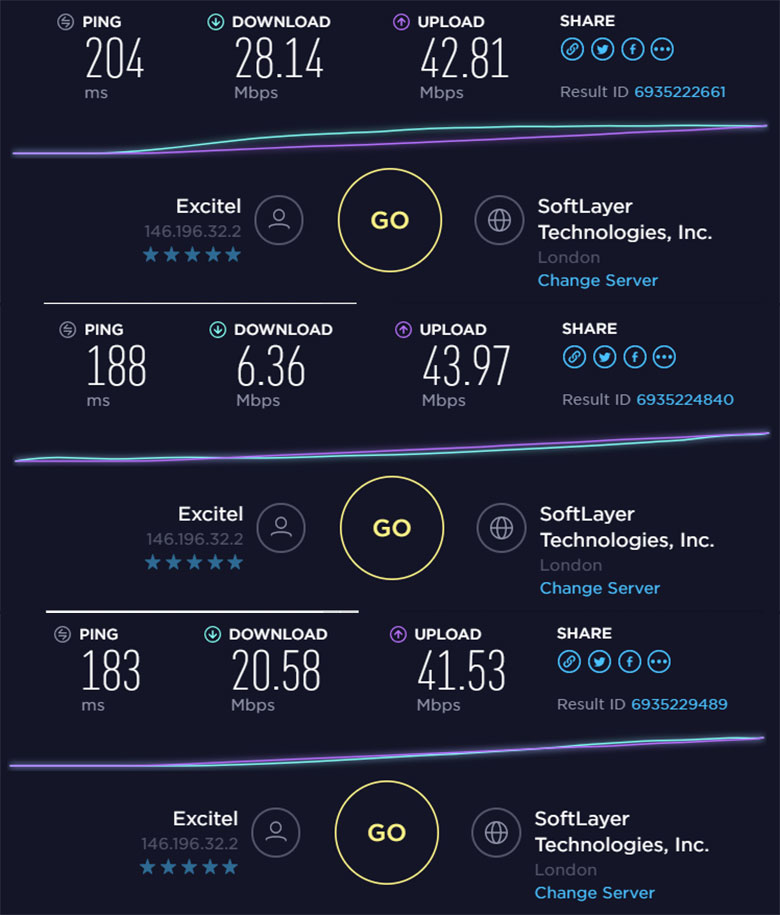 Moving still further to the US brings the average download speed down to just 15.14 Mbps, while the upload for the first time drops into single digits at 6.68 Mbps. 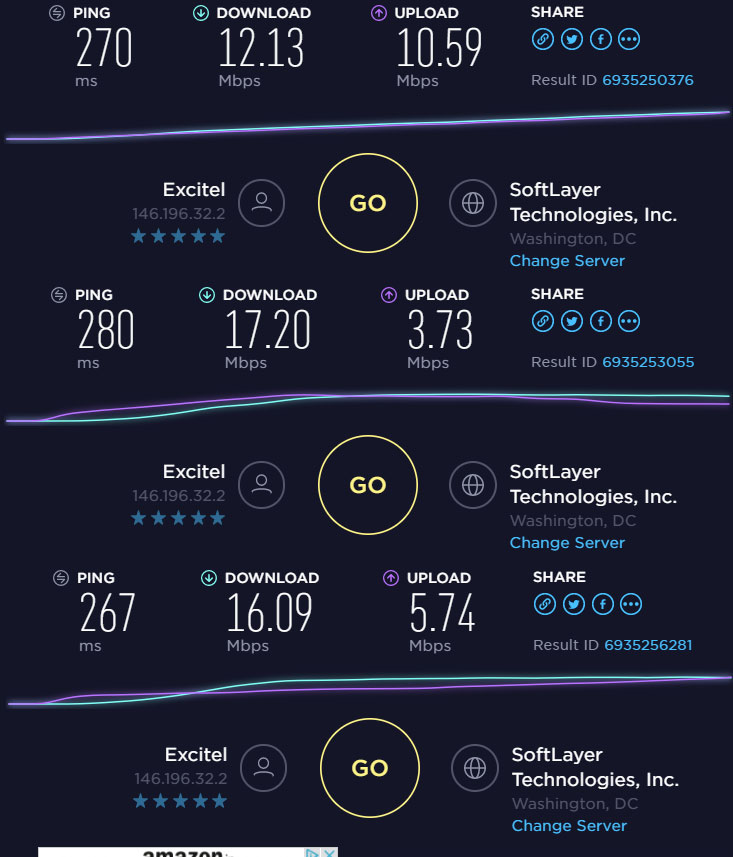 Of course, all the above speed test servers are on Softlayer Network, which is now part of IBM Cloud, hence the network is top notch, to say the least.

When I test it with my own server using FTP, the download speed on average is around 17.6 Mbps to 20 Mbps and can easily fall to just 0.9 Mbps or even lower during the evening when there are more users! (speed shown in the screenshot below is in MegaBytes, while the connection speed is measured in MegaBits and each MB (MegaByte) has 8 Mb (MegaBits).) 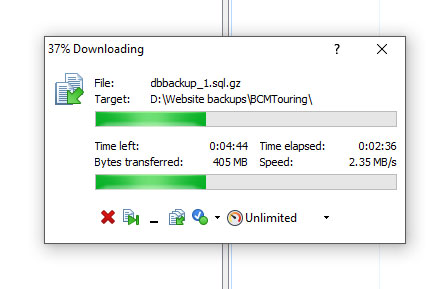 Based on this and my experience of Excitel, it works best if the services and sites you’re accessing are either located in India or have PoP here. Otherwise, you have to deal with mediocre speeds, especially when the network is congested during the day.

When it comes to network reliability, Excitel is a mixed bag. I have had months when it has worked flawlessly.

Then there are months when you start switching to other options. Because the connection is erratic at best and even though Excitel Support tries their best to help, they have to rely on LCO (local cable operators) to get things done.

For the past few weeks, I have been facing frequent disconnections, especially during the evening. Even though the LCO has been working on this on a regular basis, it hasn’t yet been sorted out.

Yesterday, my connection dropped out around 18 times as per Excitel’s own log and the day before yesterday it was better, so it only stopped working twice. Even today it stopped working thrice. In fact, it wasn’t even working when I started writing this review! 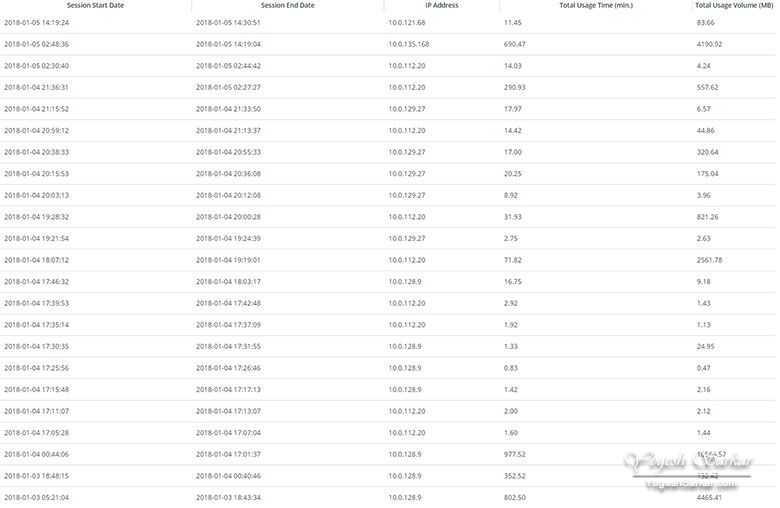 Since I have mobile phone connections with decent data plans, I use them as backup. However, this is the sort of annoyance you have to face at times and at times like these, you wonder, is it really worth the trouble?

Cost and Value for Money?

Cost and Value for Money used to be the major plus point of owning an Excitel Connection last year when companies like Airtel used to charge more than 2k a month for a DSL connection with 80 GB FUP. With Airtel now reducing their up to 100 Mbps plan with 350 GB FUP to Rs. 1,299 a month (with 1,000 GB bonus data), it is getting harder and harder to justify keeping the Excitel Connection, unless you’re using a lot more data than that each month!

Excitel made its initial mark with low cost, high-speed internet plans with no FUP and there used to be no other choice apart from it. Now with other similar internet providers jumping into the game and even offering 1 Gbps connection for just Rs. 1,249 (taxes extra) with no FUP and Airtel giving more and more data, it is going to get harder for Excitel to retain its users. Especially if it does not provide a stable and good quality connection.

I know I have thought numerous times about switching to another provider and I might just do that in near future if the frequent disconnection issue isn’t solved. So it would be really interesting to see, what Excitel does next.