There is no dearth of places to eat at in Select City Walk, from expensive and upmarket restaurants to Indian and Western fast food joints and thelas, you name it and Select City Walk has it. Including an express Sushi station called, Sushiya. 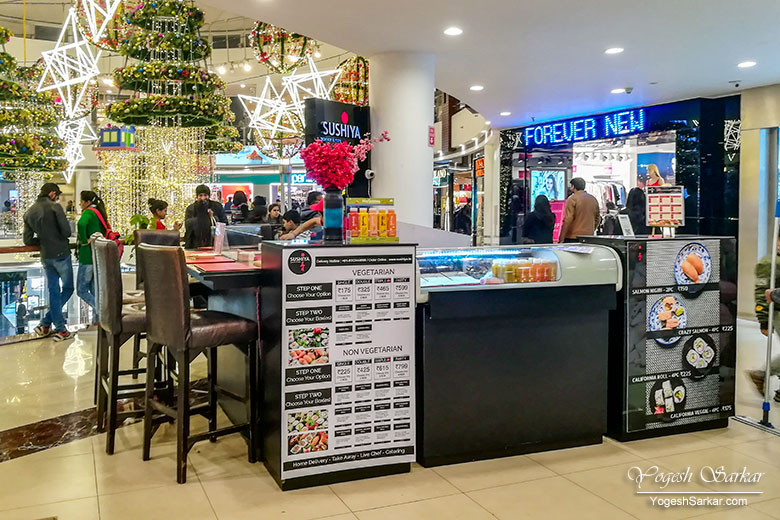 For just Rs. 175 (Rs. 184 including taxes), you’re served four pieces of sushi along with ginger pickle (palate cleanser), soy sauce and wasabi (go easy on this, since it is extremely spicy).

Ironically enough, the first time I ate sushi was at Pa Pa Ya, located in Select City Walk as well, though that is an upmarket restaurant and an extremely good one at that.

Since we were looking for a quick bite, mainly to get rid of the extremely sweet taste of Cinnabon (review coming soon), we decided to give Sushiya a try and ordered their veg single box.

Unfortunately, only 3 of the 6 listed options for vegetarians were available. So we ended up ordering California Veggie Roll.

We sat in front of the sushi counter, initially watching the chef prepare non-veg sushi for a couple and saw him put tomato sauce on top of it, which sort of seemed out of place. 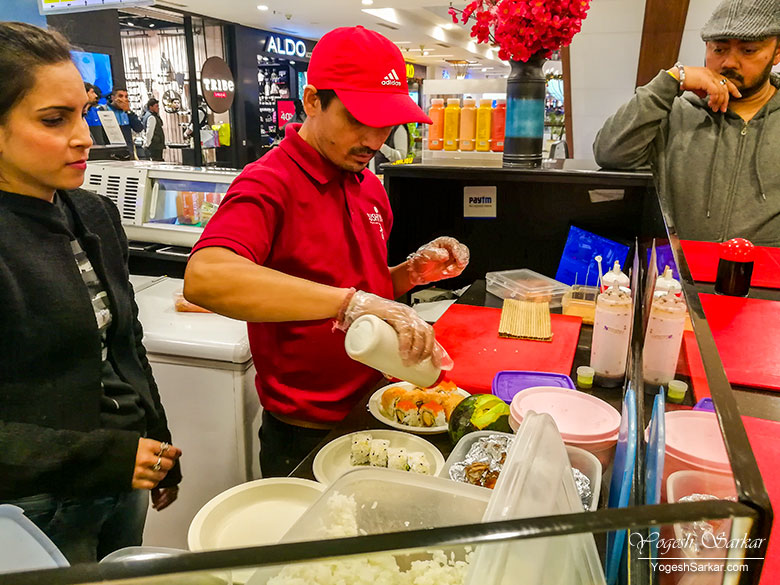 After serving their order, chef took off the disposable gloves and went on a different counter to prepare veg sushi for us. It was quite interesting to watch the chef prepare our sushi in front of us and I have to say, it added to the excitement of eating it later. 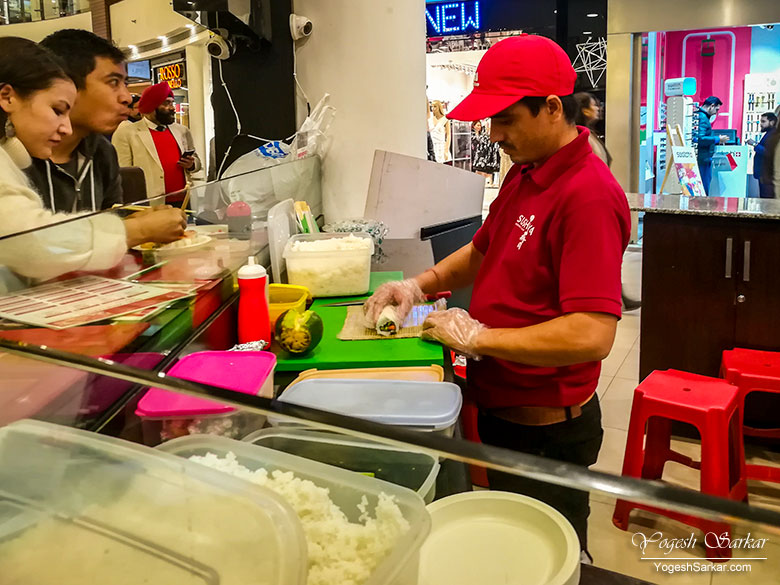 Our California Veggie Roll was made with avocado, cucumber, carrot and eggless mayo. 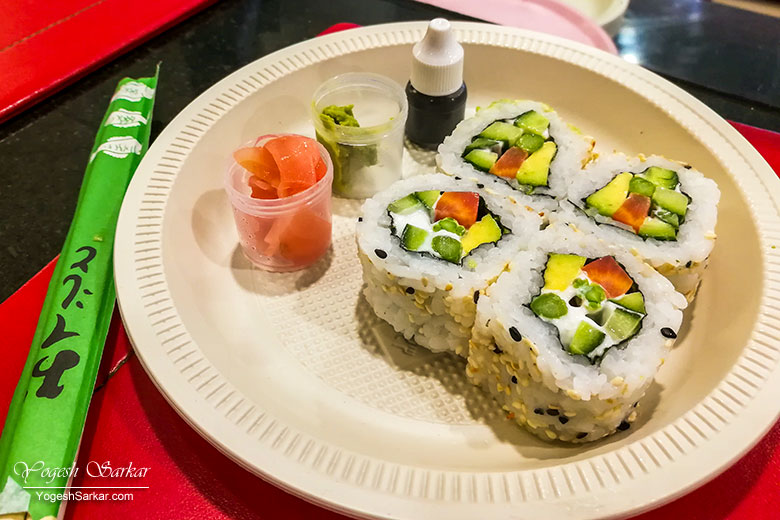 Half the fun of eating sushi is to eat it with chopsticks. We tried it the last time and weren’t going to skip it this time either. Of course, it is made easier due to the fact that you’re supposed to consume the sushi piece whole and aren’t supposed to split it. So picking it up isn’t all that difficult, even for someone trying it for the first time.

Taste-wise, it was just about alright. Nothing really stood out, but on the plus side, it seemed balanced with the different vegetables complementing each other.

For someone trying out sushi for the first time, this should be a good place to experiment with different types of sushi. Though please keep in mind, Japanese food has different sort of flavor than Indian and Asian cuisine, hence, sushi might not be up to everyone’s expectation.

Overall, it was a decent experience, eating sushi at Sushiya, though I really wish they make available all the flavours listed on the menu, rather than just half of them.